After spending roughly over a month apart, we were super excited for some fun adventures. I opted for a more low key night with dinner and a movie. Chris planned a weekend getaway to Pineapple Hill Inn bed and breakfast in New Hope, Pennsylvania where he found a really fun wine pairing for us to try.

A Girl Scout Cookie Wine Pairing is a genius idea. We had so much fun trying all the treats and wine at Sand Castle Winery. We even found a lemonade cookie that we didn't know existed. The whole event was really fun. Along with the wine tasting, we were able to select a box of cookies to take home with us. I snagged the Samoas while Chris got some Thin Mints. What a fun night! 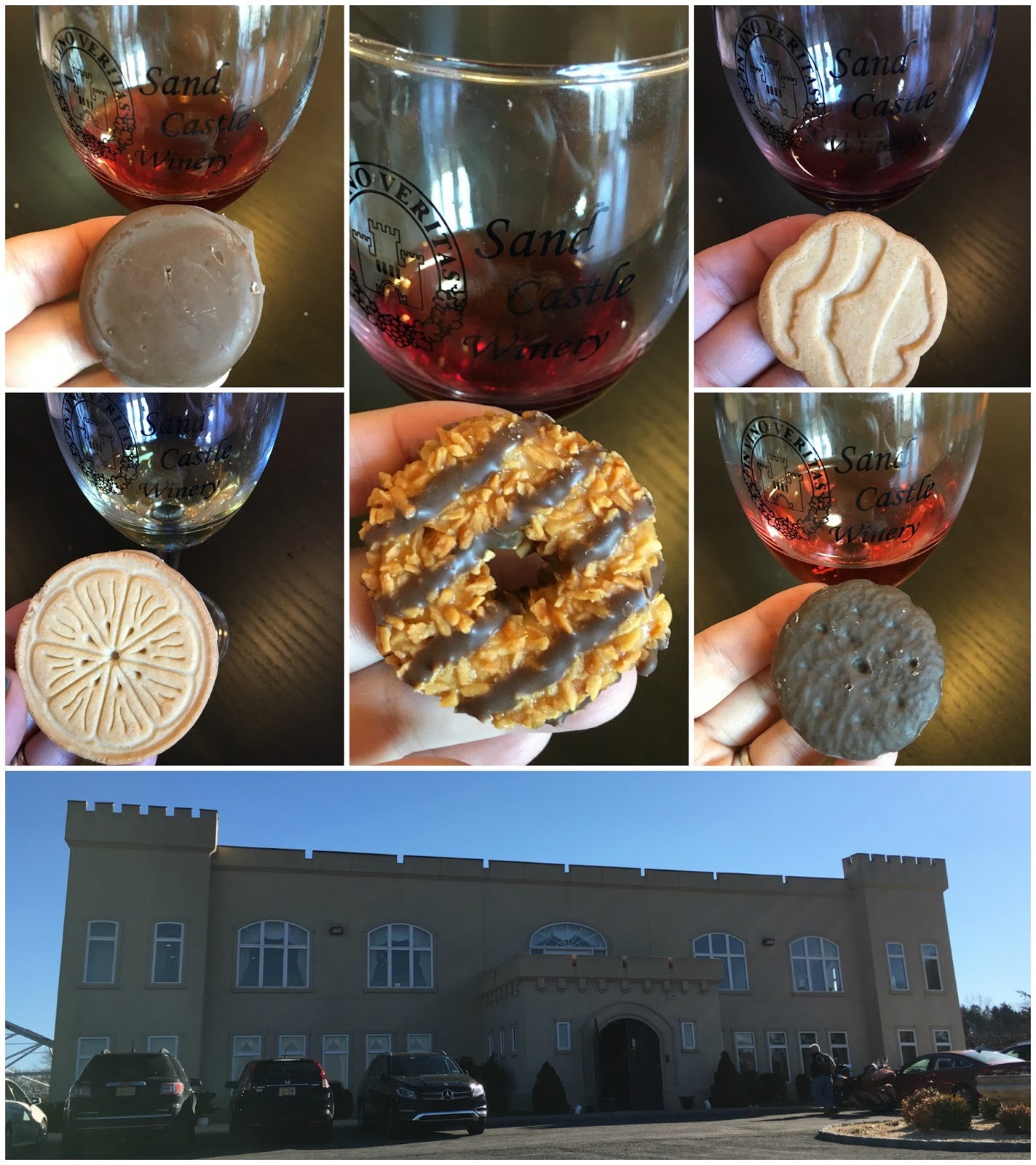 I'd just finished my Oscar movie watching and had seen advertisements for A United Kingdom on repeat. I thought it would be an interesting one for us to watch together so we headed down to Houston Street to see it at The Angelika. The story was based on true events, but since it dealt with England's history we weren't as familiar with the story going into the movie. We enjoyed it. 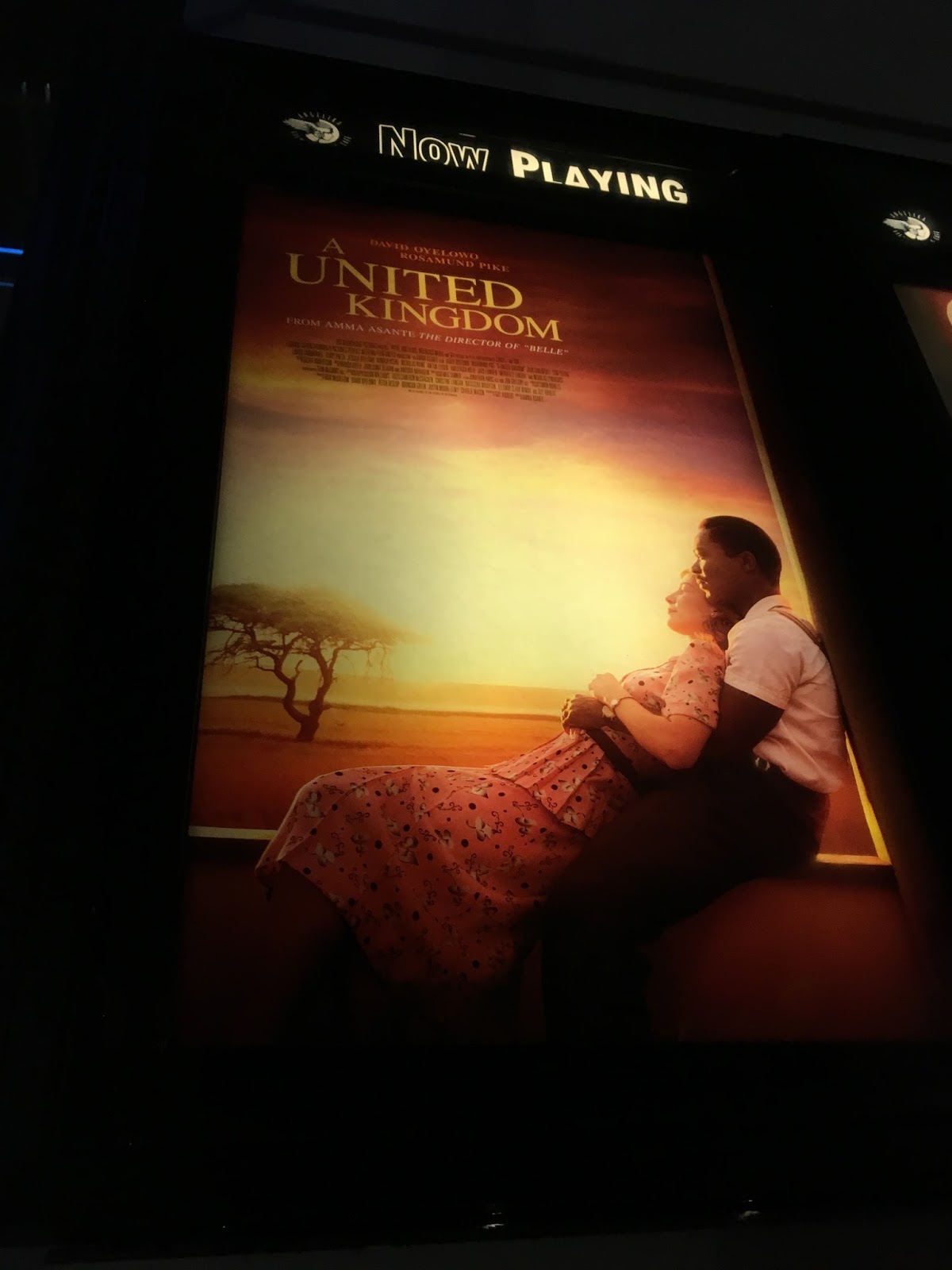 Do you have any fun bed and breakfast recommendations?
What is your favorite "based on true events" movie? 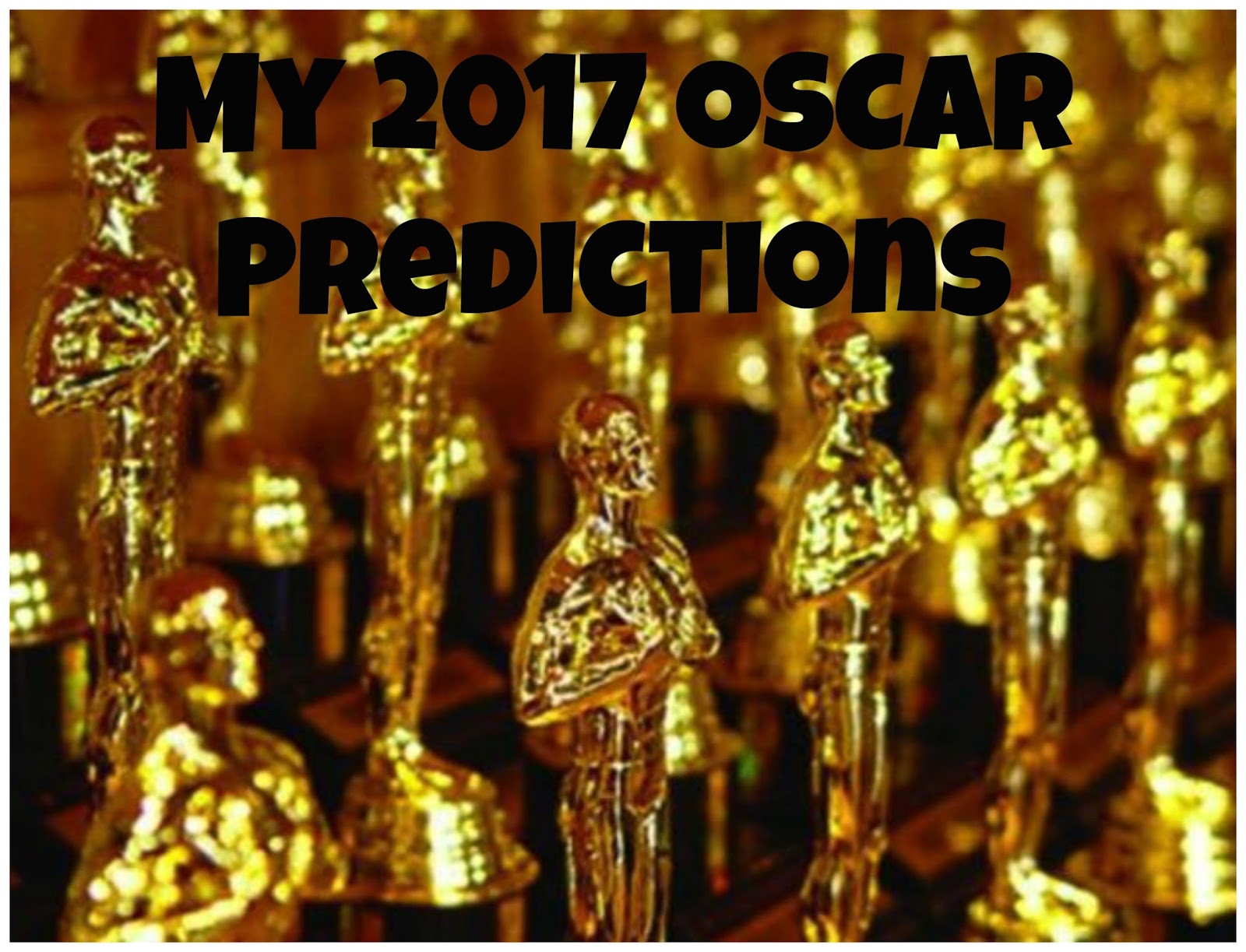 It is one of my favorite days of the year! For two reasons this year since it is also Chris' birthday today. Happy Birthday to my lovely husband (who so graciously agreed to watch the Oscars with me tonight even though award shows aren't exactly his cup of tea). I definitely have a great man on my hands! I'll share more about his celebration soon. Today, I want to quickly fill you in on my predictions for each of the coveted Oscar nominations. 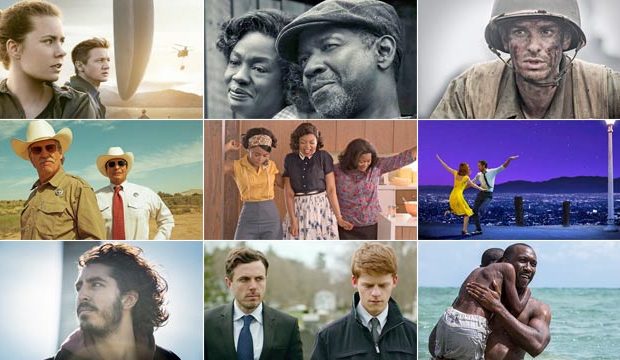 I watched nearly every nominated movie in all of the categories this year so I am extra excited to see who takes home each Oscar. There weren't any of the nine Best Picture nominees that I didn't enjoy on some level. Of course, some I liked better than others, but each had an interesting story to tell. I recommend watching them all when you have a chance.  I'll rank the Best Picture nominees (and the shorts categories) in order of how I preferred the films. For all other categories, I'll indicate my favorite with asterisks as well as who I predict will actually win the OSCAR.

OSCAR goes to The White Helmets.

Did you see any of the nominated films? Which did you enjoy? 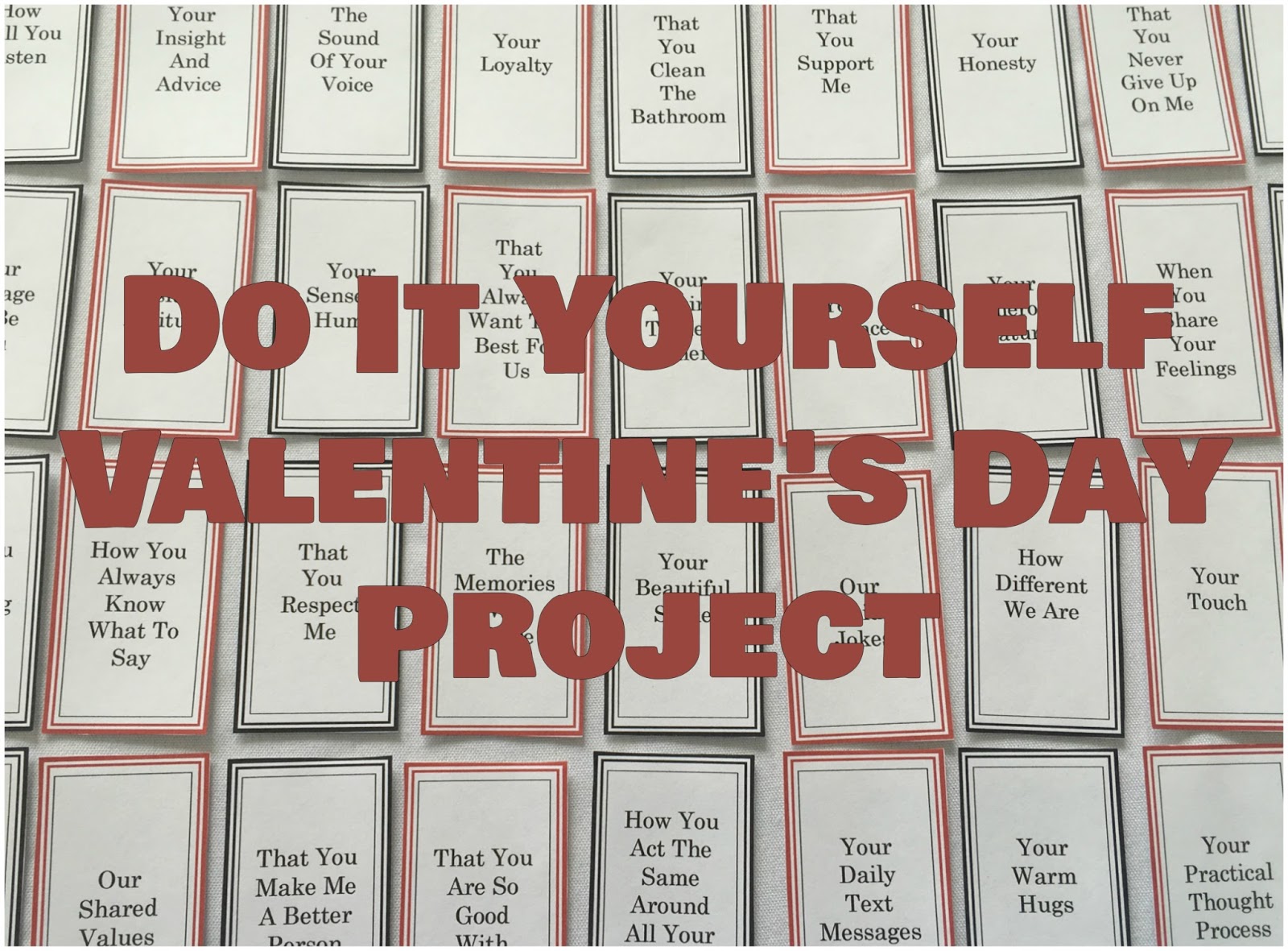 This year, I decided to get creative with my Valentine's Day gift for Chris. I was still at my parent's house back in Kentucky so I had a bit of extra time on my hands. I decided to make him a 52 Reasons Why I Love You card deck. 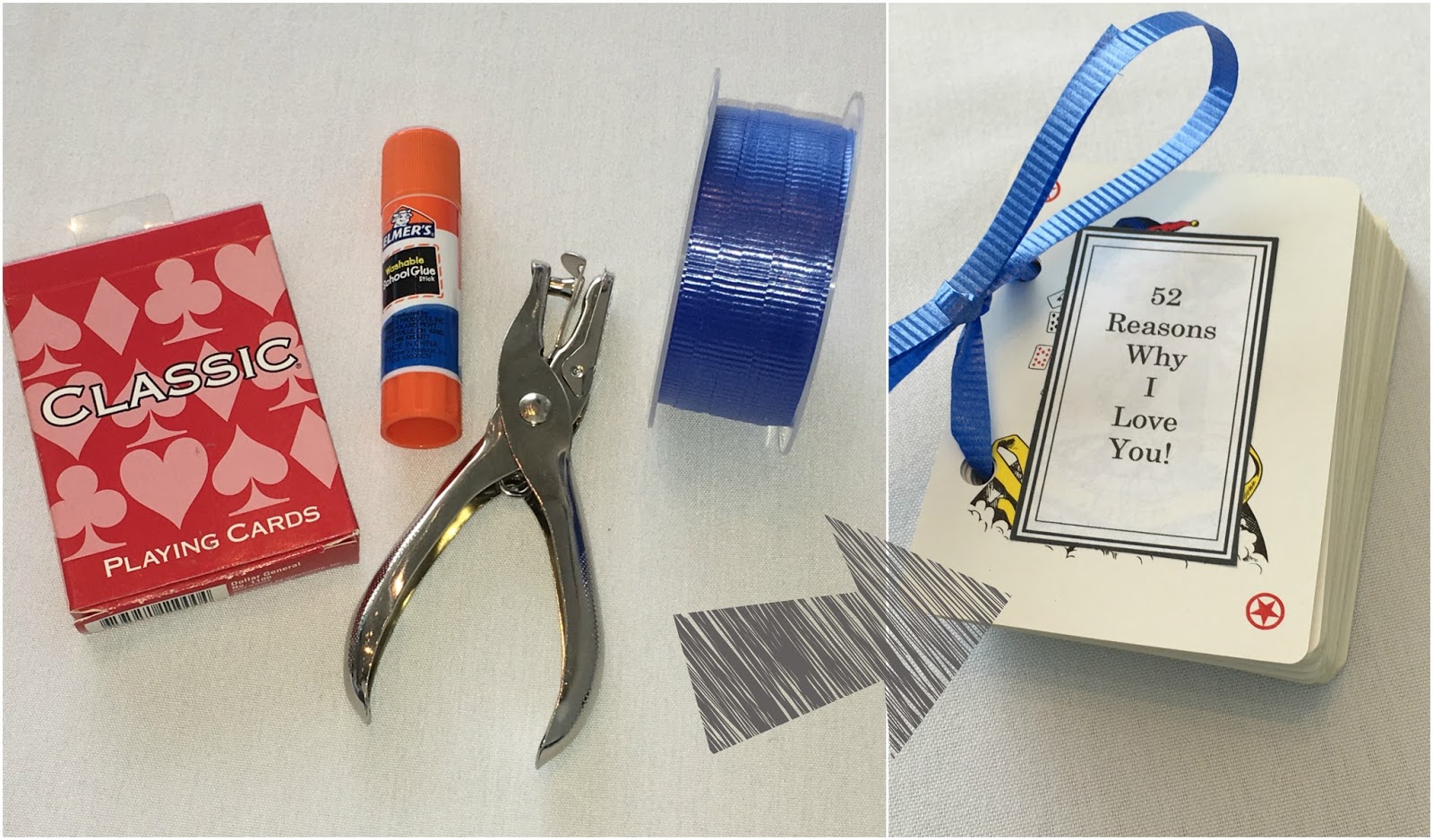 I got the supplies - a deck of cards, hole punch, glue stick, and ribbon. Then, I typed out my 52 reason and cut out those squares. The project was pretty simple, but did take a bit of time to patch together. My dad had a day long bridge tournament so I loaded up all my supplies and used that time to create the finished card deck. I was surprised how easy it was to make. It was fun to think of the reasons and also to decide how to order them on the cards. 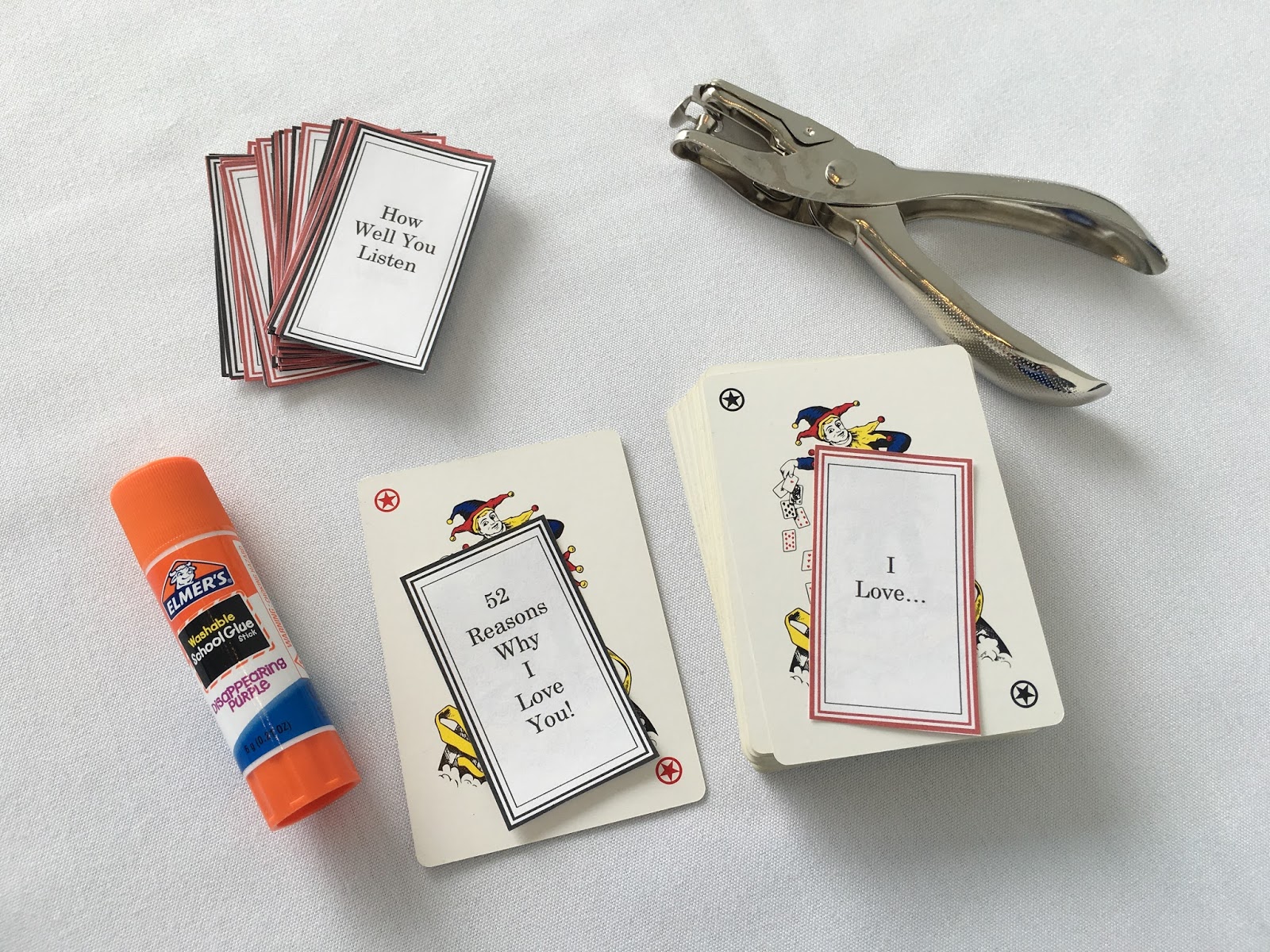 I presented the deck to Chris along with a copy of Loving and some Reese's Cup treats in a soccer tin. We saw Loving in the theater together the previous fall and really liked the movie. I know Chris liked the gift, but I think he was happiest to just have me back home. 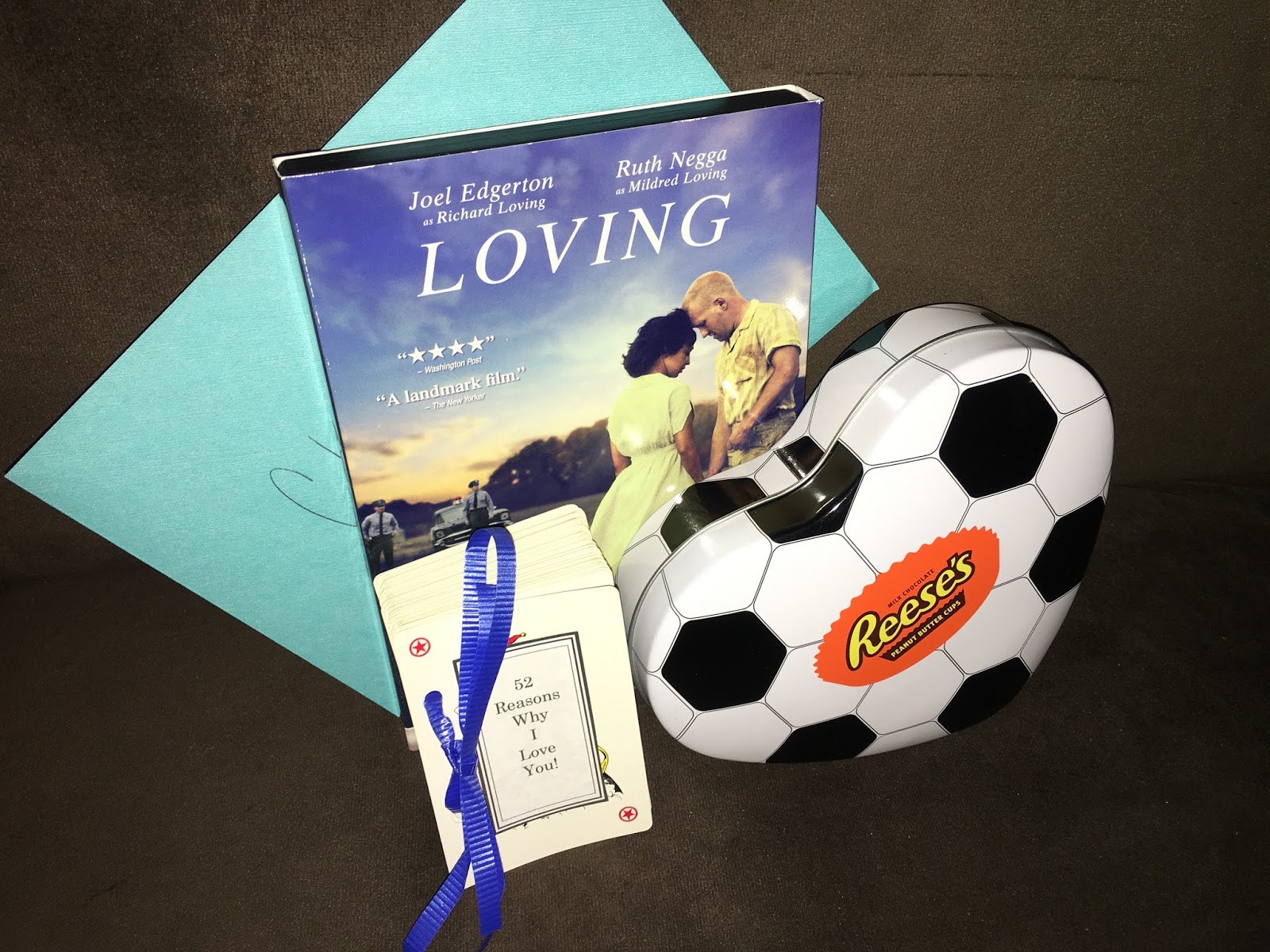 Hope you all have a wonderful Valentine's Day!! 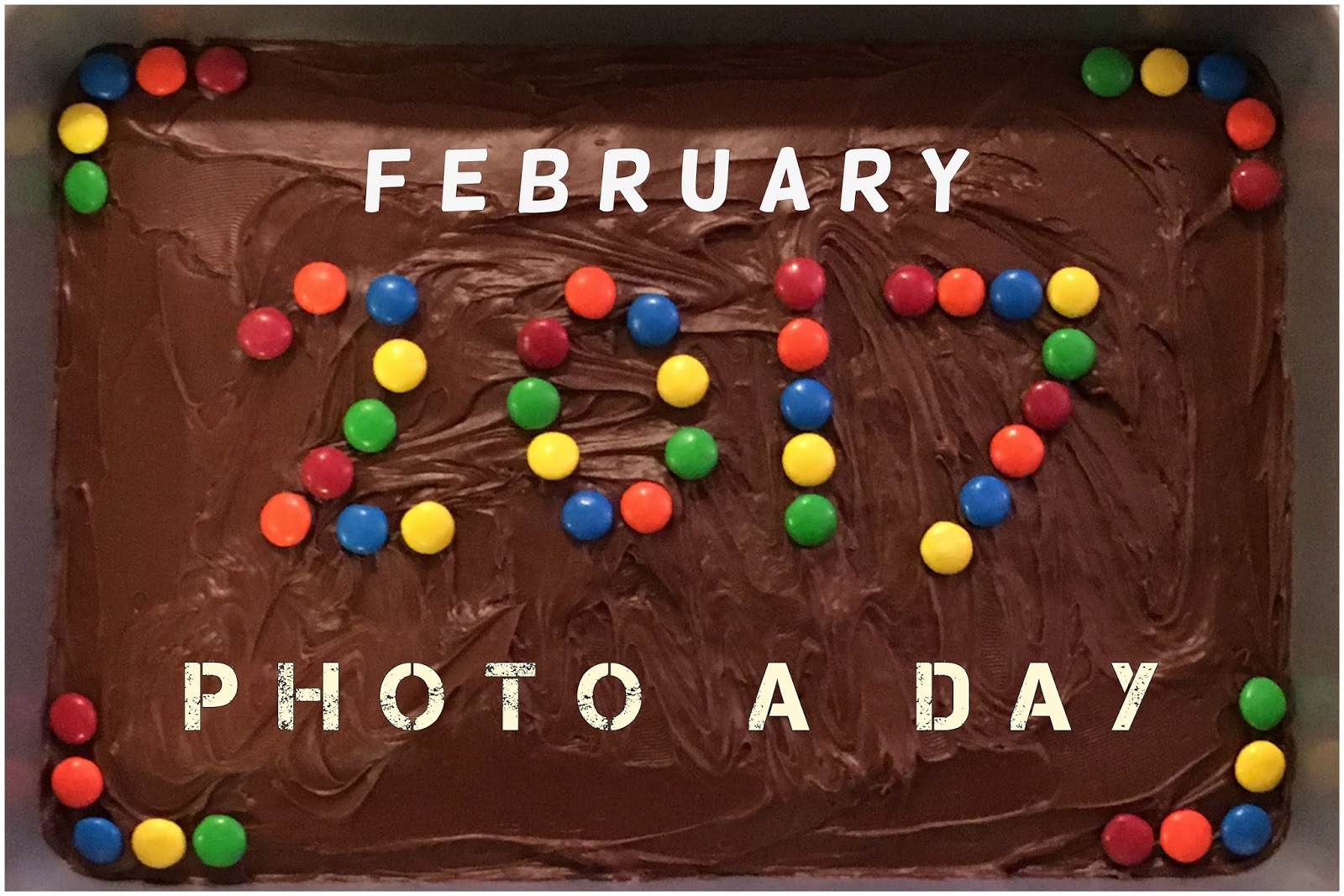 I spent half of February in Kentucky and half of it in New York with a fun long weekend bed and breakfast getaway worked in there. The shortest month of the year certainly flew by in a hurry! 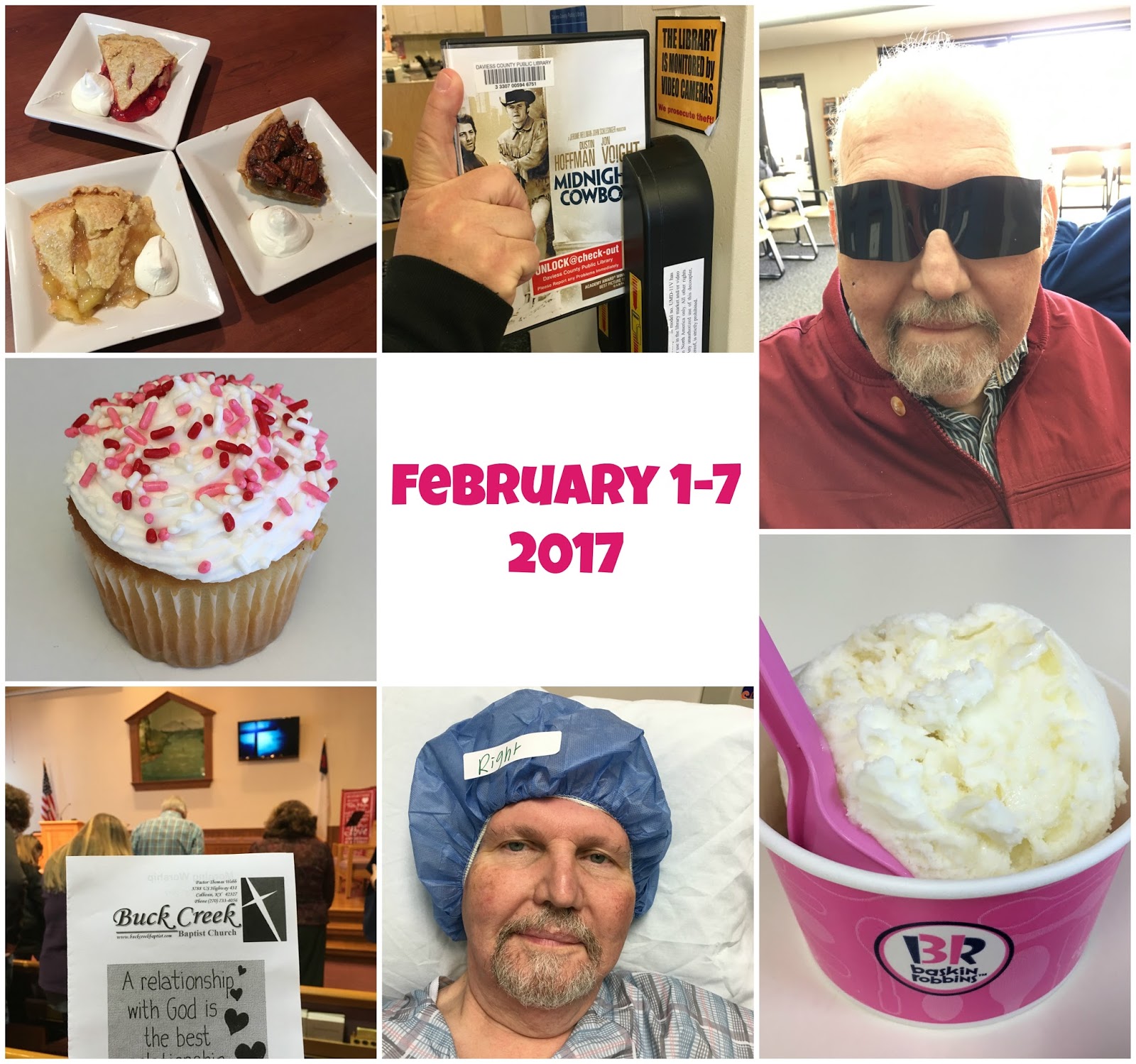 My parents introduced me to free pie Wednesday at O'Charley's - yum! We checked out Midnight Cowboy before Dad was officially diagnosed with his torn retina. We managed some sweet treats and a service at my hometown church before Dad went under the laser. 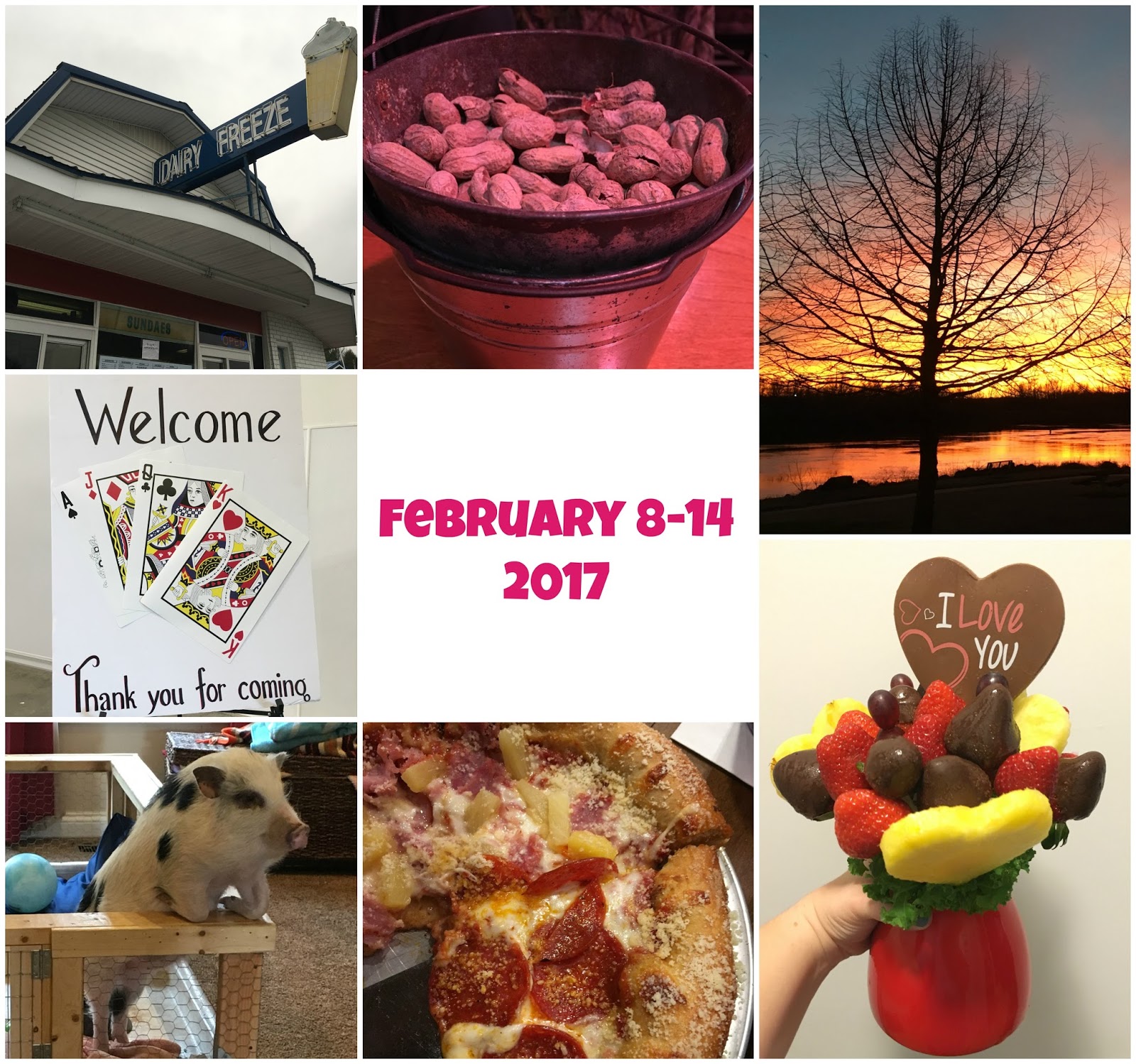 Dairy Freeze is one of the highlights of McLean County and they rarely disappoint! I caught a beautiful sunset on the Green River and spent nearly a full day with Dad at a Bridge tournament in Owensboro one day. Friends of ours had a pet pig that I just thought was the best thing ever. Upon arriving back in NY, Chris surprised me with an edible arrangement treat for Valentine's Day. 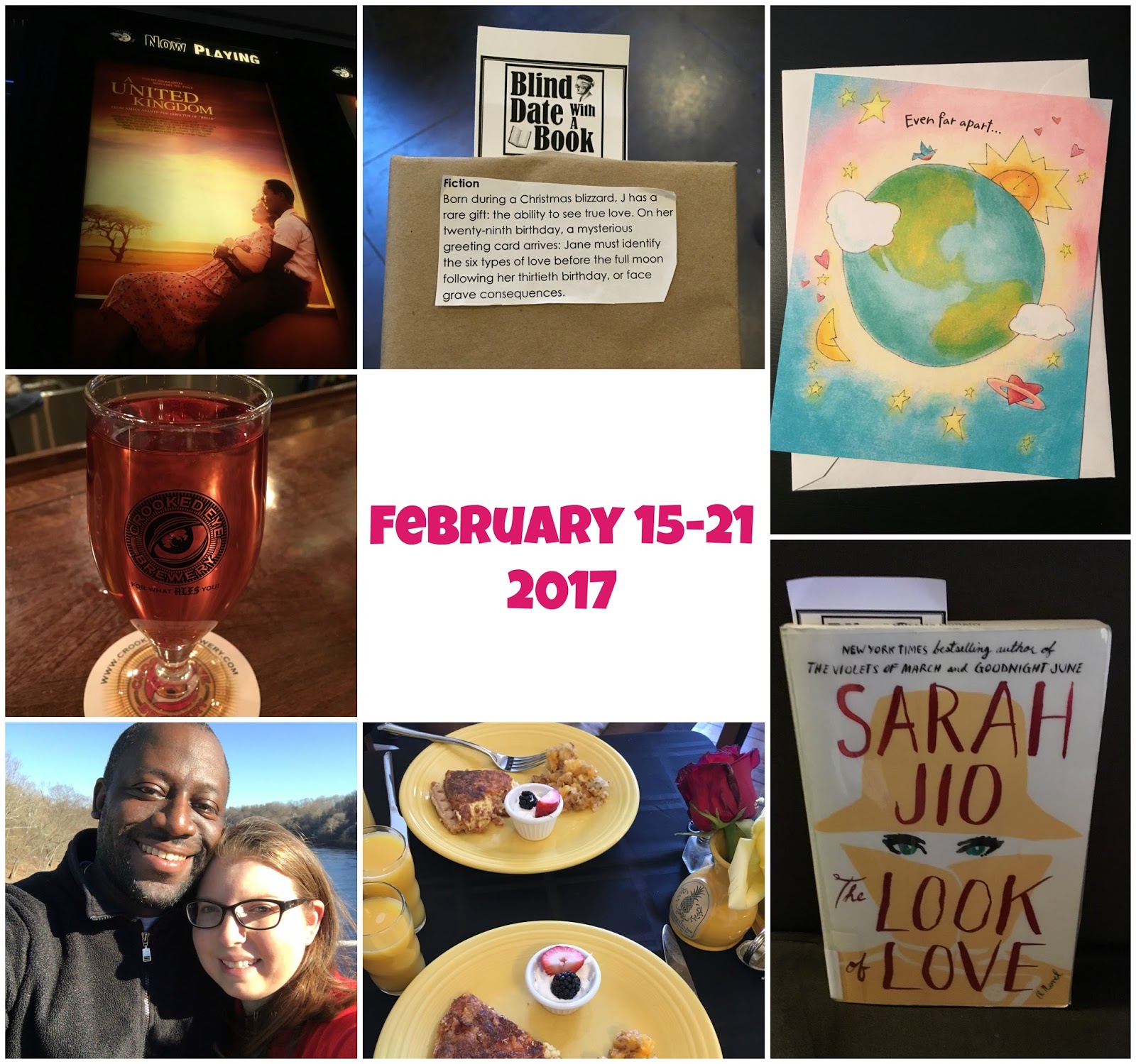 Chris and I went to see A United Kingdom for one of our date nights. I went on a blind date with a book at our local library - so fun! And we spent a long weekend in New Hope, Pennsylvania at a the lovely Pineapple Hill Inn. 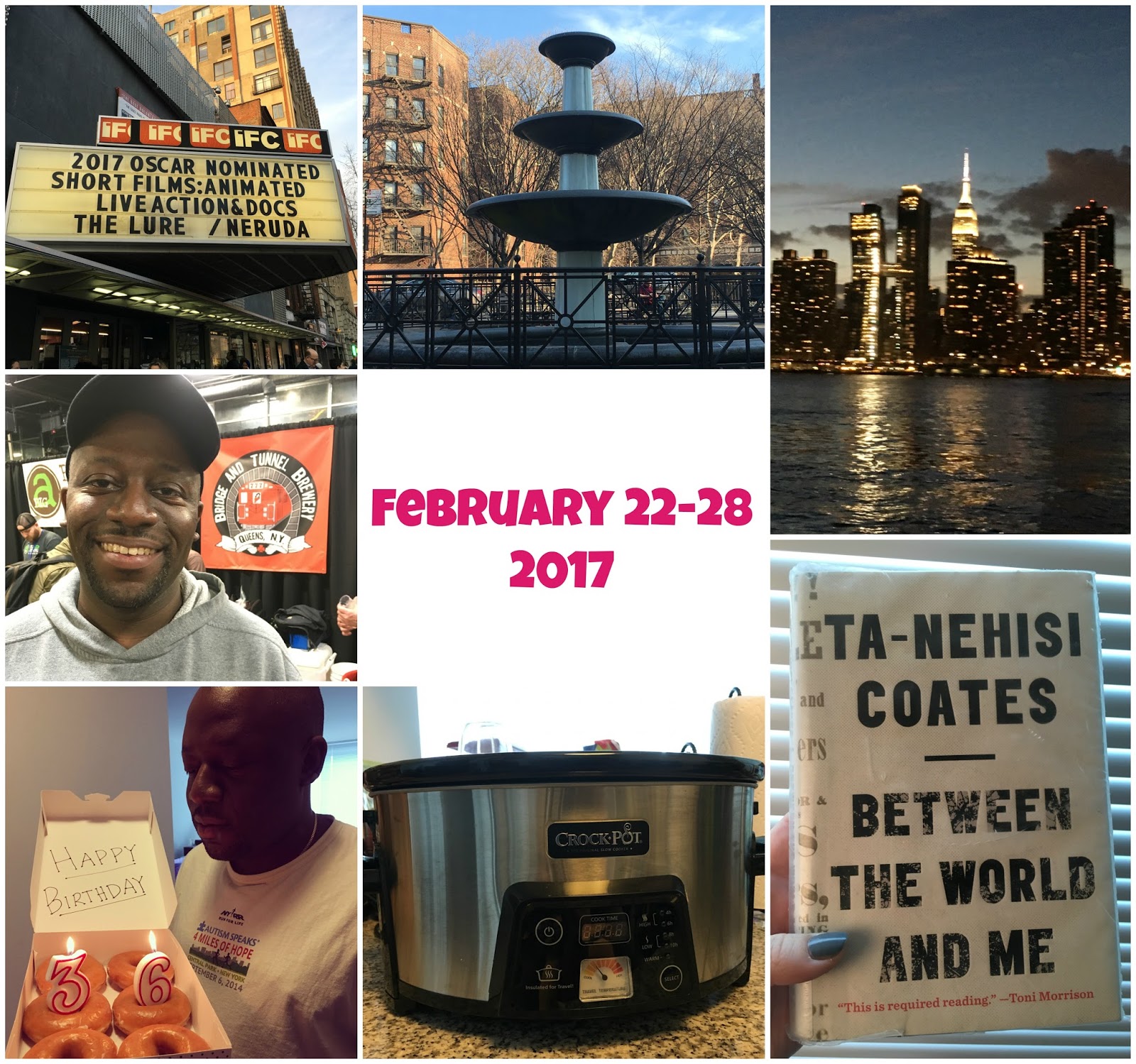 I caught the Oscar nominated short films at IFC over the course of the week and took in some of the fabulous scenery around the city. We celebrated Chris' birthday at the NYC Beer Week Expo. I surprised him with Krispy Kreme donuts on the morning of his big day. I also finished Between the World and Me - quite appropriate for Black History Month.