Book Review: The Promise of Stardust 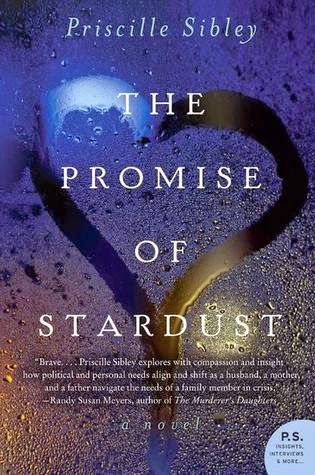 Here is the synopsis of the book from Goodreads:


Matt Beaulieu was two years old the first time he held Elle McClure in his arms, seventeen when he first kissed her under a sky filled with shooting stars, and thirty-three when he convinced her to marry him. Now in their late 30s, the deeply devoted couple has everything-except the baby they've always wanted.

When an accident leaves Elle brain dead, Matt is devastated. Though he cannot bear the thought of life without her, he knows Elle was afraid of only one thing-a slow death. And so, Matt resolves to take her off life support.

But Matt changes his mind when they discover Elle's pregnant. While there are no certainties, the baby might survive if Elle remains on life support. Matt's mother, Linney, disagrees with his decision. She loves Elle, too, and insists that Elle would never want to be kept alive on machines. Linney is prepared to fight her son in court-armed with Elle's living will.

Divided by the love they share, Matt and Linney will be pitted against each other, fighting for what they believe is right, and what they think Elle would have wanted resulting in a controversial legal battle that will ultimately go beyond one family . . . and one single life.

What an incredible story!  Truly every aspect of this book made me think.  The author made it easy to put yourself in each character's situation.  It was so complicated, but at the same time quite simple.  I really enjoyed reading the book.  I thought long and hard about what I would want done if I was in Elle's situation.  And I even talked it over with my husband...you know, just in case.  I told several friends about this book during the couple of weeks I was reading it.  It really consumed me, and I was always curious to see how others viewed the matter.  Definitely suggest picking it up next time you really want to get investing in your reading.  Several heavy topics - alcoholism/child abuse, abortion, quality of life, miscarriage - come to the surface, but each instance provides a situation well worth thinking through on your own!  Big thanks to Mia over at The Chronicles of Chaos for recommending it to me!!