A View from the Stage

Since moving to NYC, I have seen numerous Broadway shows.  I've enjoyed almost all of them.  I venture to say, the theater is my favorite aspect of living here.  Honestly, I can't think of any event I enjoy more in this city that never sleeps.  So imagine my excitement when I realized we purchased tickets to be seated on the stage during a performance!! 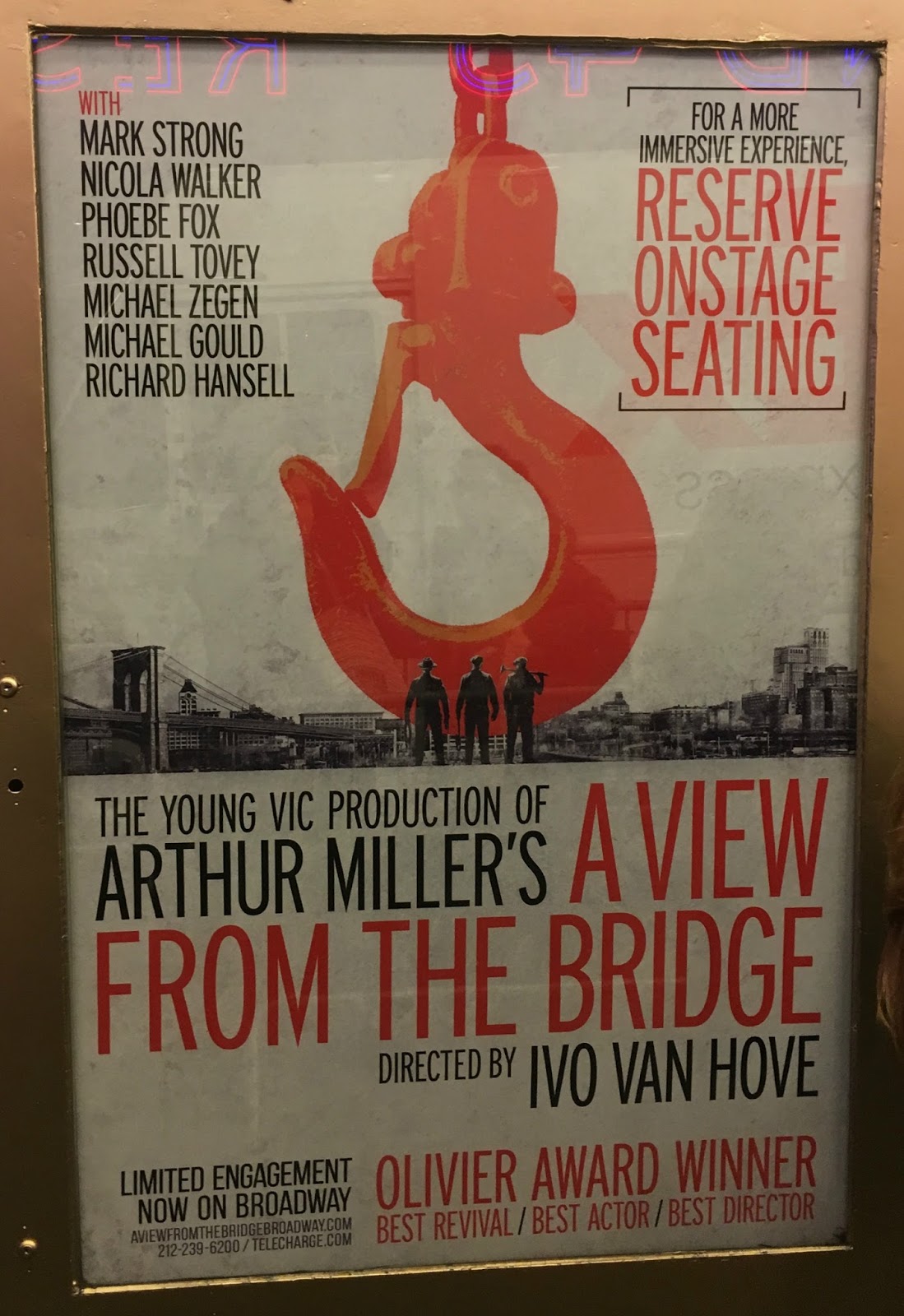 We received multiple reminders prior to the performance of Arthur Miller's A View from the Bridge that late arrivals would not be seated.  We didn't take any chances arriving before they even opened the theater doors for the evening.  Another stern warning came from the usher as we took our seats, "If you leave your seat for any reason during the performance, you will NOT be permitted to return!" 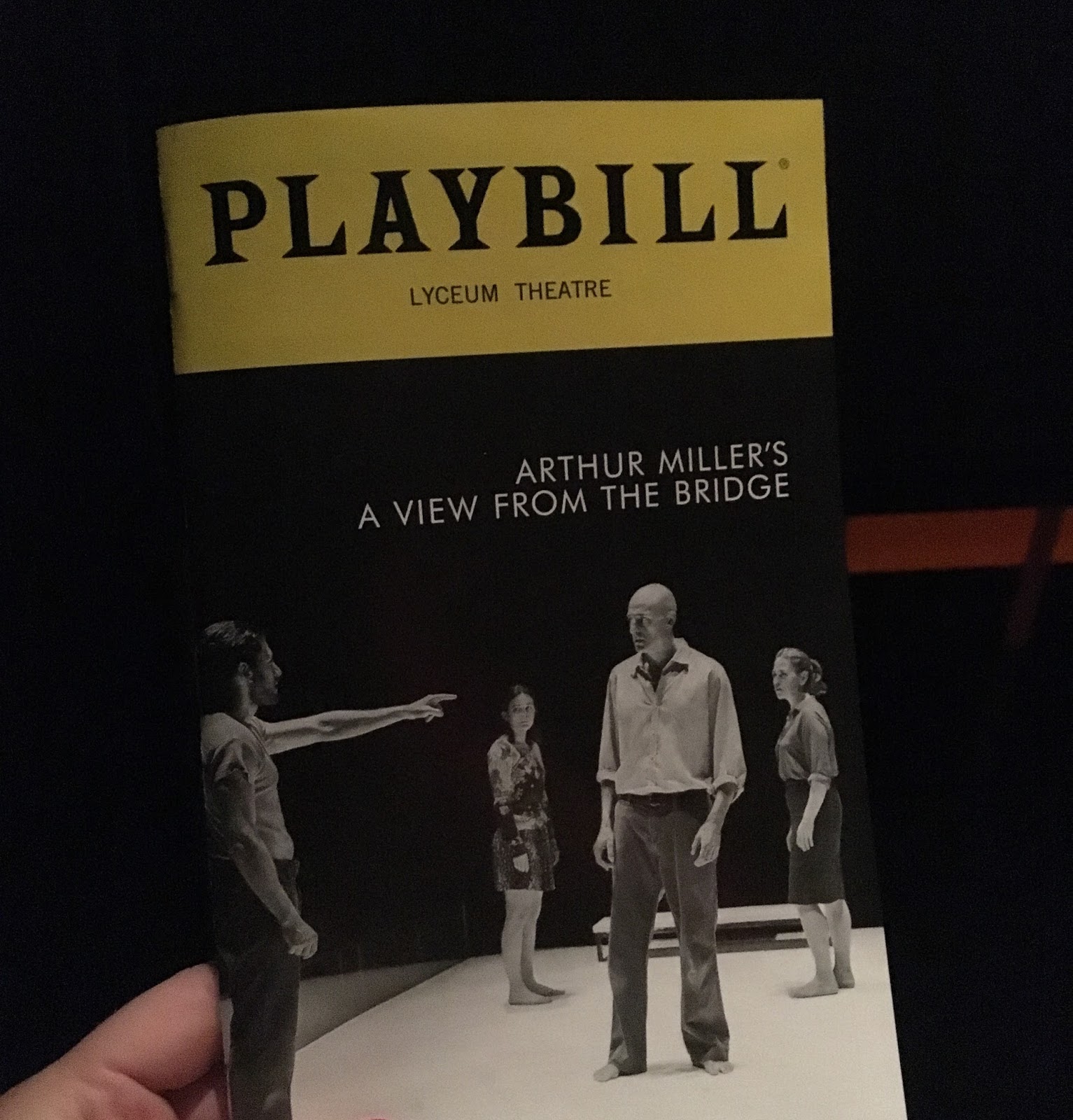 It was the real deal.  We were on the stage.  Practically in the show!  We were on the first row toward the back of the set on stage right.  It was SUPER neat!!  And I highly recommend it for the experience alone!  The show was so-so and quite predictable, but the acting (particularly from the male lead) was phenomenal.  Definitely an experience to remember!!