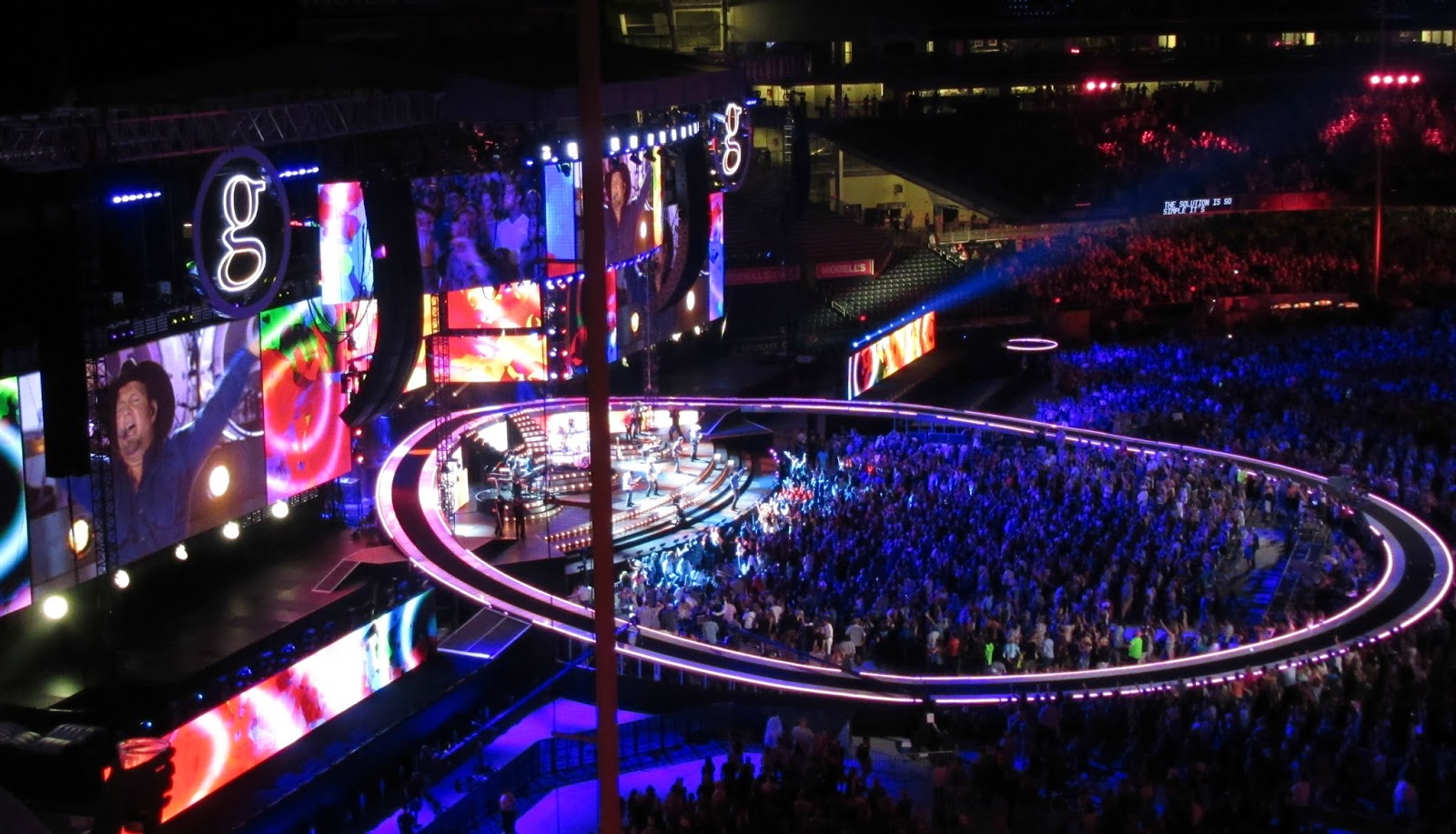 Seeing Garth Brooks perform in concert wasn't on my bucket list, but I'm not sure why not. And after seeing him play Yankee Stadium two nights in a row earlier this month, I kinda want to add it.  Just to have a reason to go again.

Yes, it was THAT fantastic!  I knew the lyrics to every single song from Standing Outside the Fire to Unanswered Prayers to Callin' Baton Rouge to Papa Loved Mama.  It was pure bliss...times 2.

We grabbed tickets right away when they went on sale, but as the concert date drew near we discovered we could have gotten MUCH better tickets for FAR less the price. It was worth every penny so when we met up with some friends after the show, a trio of us decided to give night two a shot. 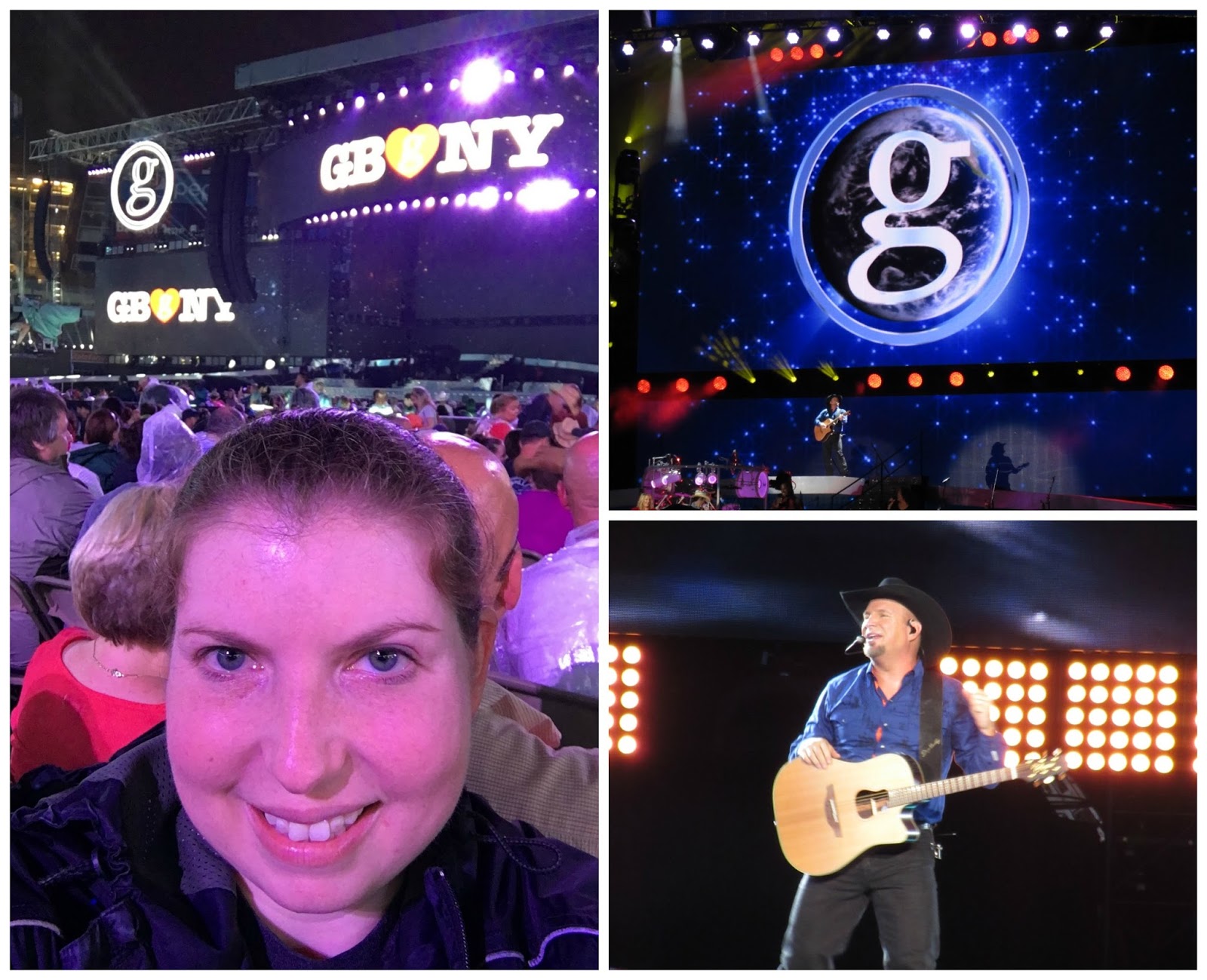 Megan and I were the only two that ended up being able to make night two a reality.  And boy were we in for a treat.  We managed to snag $60 tickets just a few rows back from the stage.  AMAZING!! 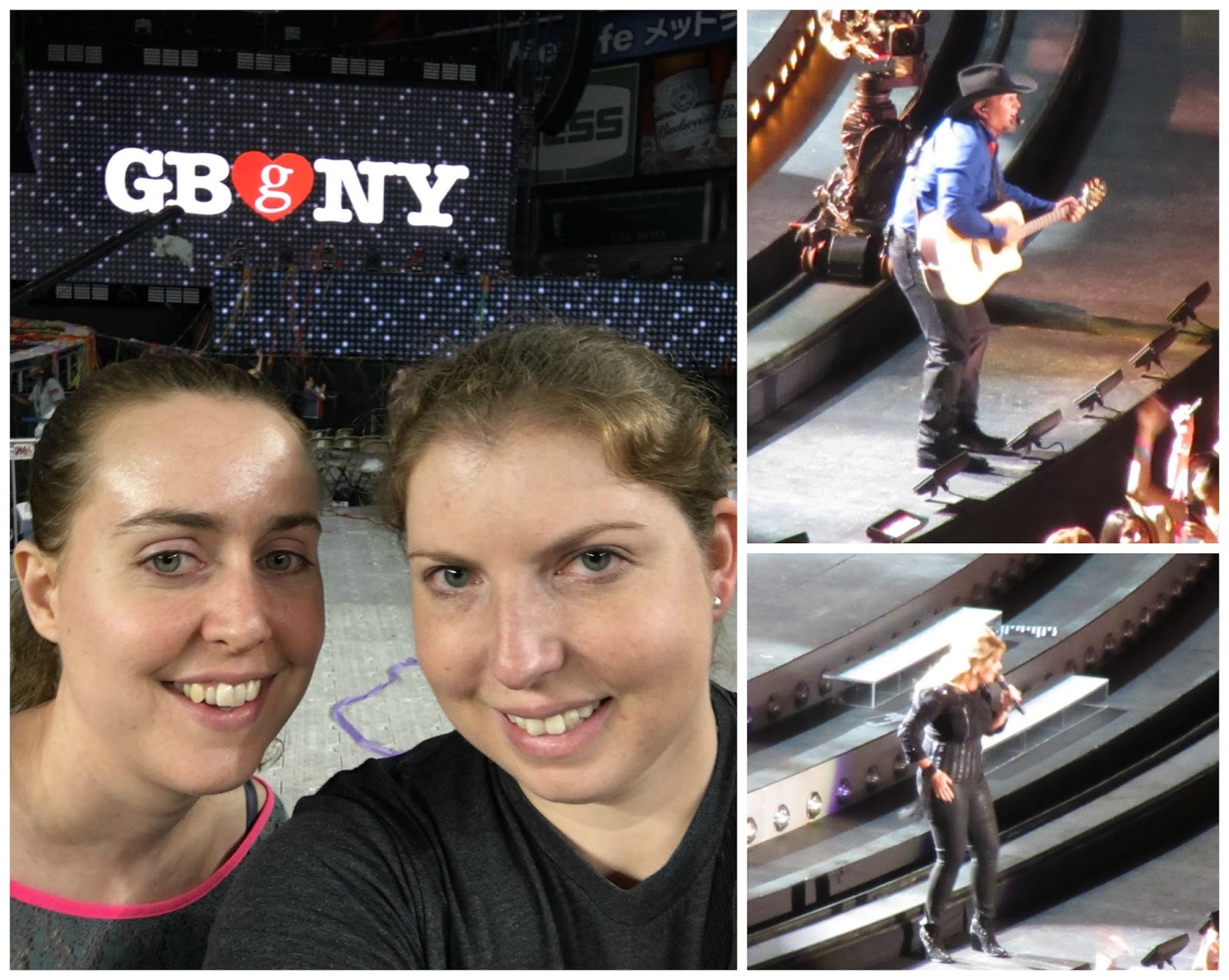 Unfortunately, the show was delayed 3.5 hours due to thunderstorms in the area...but we eventually made our way back to the seats and loved every second of the performance even if we did get a bit soaked in the process. Garth certainly made it worth the wait! 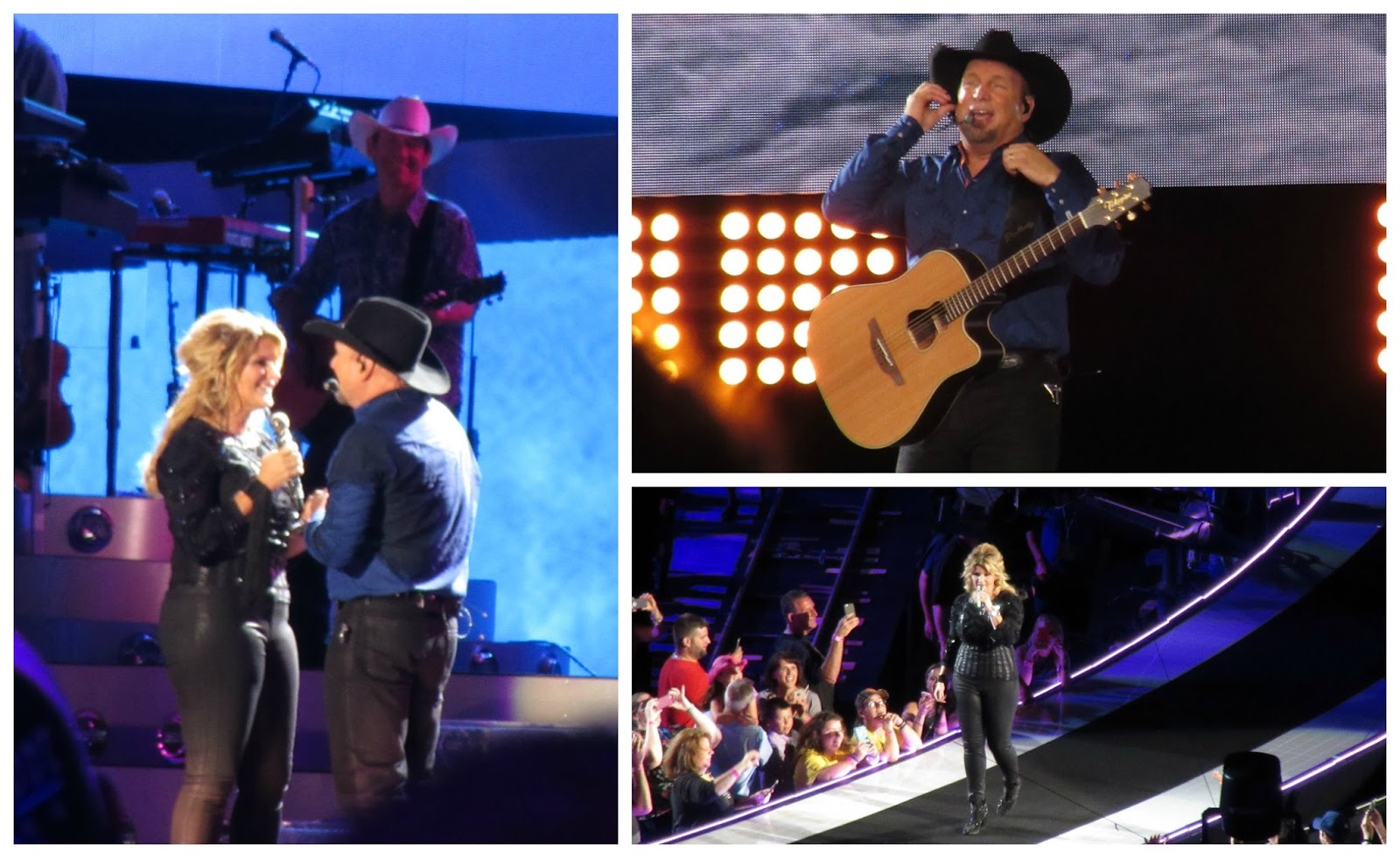 Trisha Yearwood did a short set in the middle of the performance and I loved it nearly just as much.  She sang She's in Love with the Boy and How Do I Live - and totally rocked the place both nights! 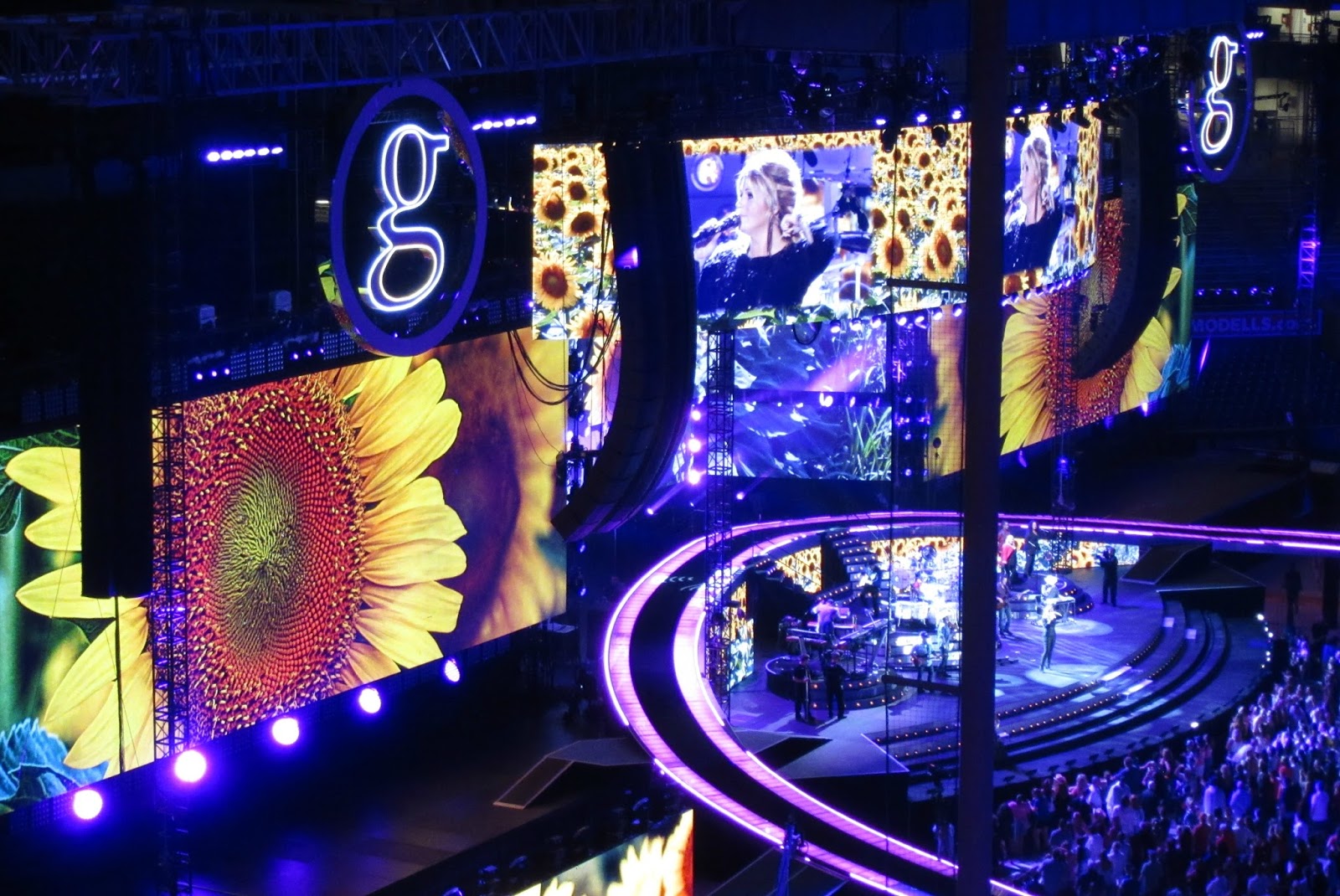 I would have gone the next night if I had the option.  The show was wonderful.  Garth is not only a talented artist, but also puts on a fun high energy show!  I absolutely didn't want it to end!  Until next time, Garth...