Being six months (today!!) removed from the craziness of planning a wedding, I can look back though a less stressed lens.  However, I simply cannot deny the last minute insanity that I am convinced occurs for every bride-to-be.  It's just life, really.  Things happen that weren't expected.  Time moves too quickly and you just can't seem to keep up.  Either way, the BIG day comes and goes and you're left trying to figure out how you'll ever fill all this new found free time!

Let's turn back time for a second.  It's late July 2014.  I have plenty of time to get all the final projects completed before our mid-October nuptials.  Plenty of time.  Then, I return to my apartment after work one day to find a notice that my building is being sold and I need to move by the end of August.  WHAT!!  This could NOT have happened at a more inconvenient time.  I didn't even know where to start with getting rid of/packing up all the crazy amount of stuff I had accumulated in the six years I lived there.  Thankfully, my amazing fiance' jumps right on finding us a place.  Our plan was to move into a new place after the wedding.  But, annoyingly, we were forced into a new plan.  We quickly found a great place, but the actual packing up and moving part proved much more difficult.  In the end, we had just gotten all our hundreds of boxes loaded into the new apartment when we headed to Kentucky for my bridal shower and our engagement photos. 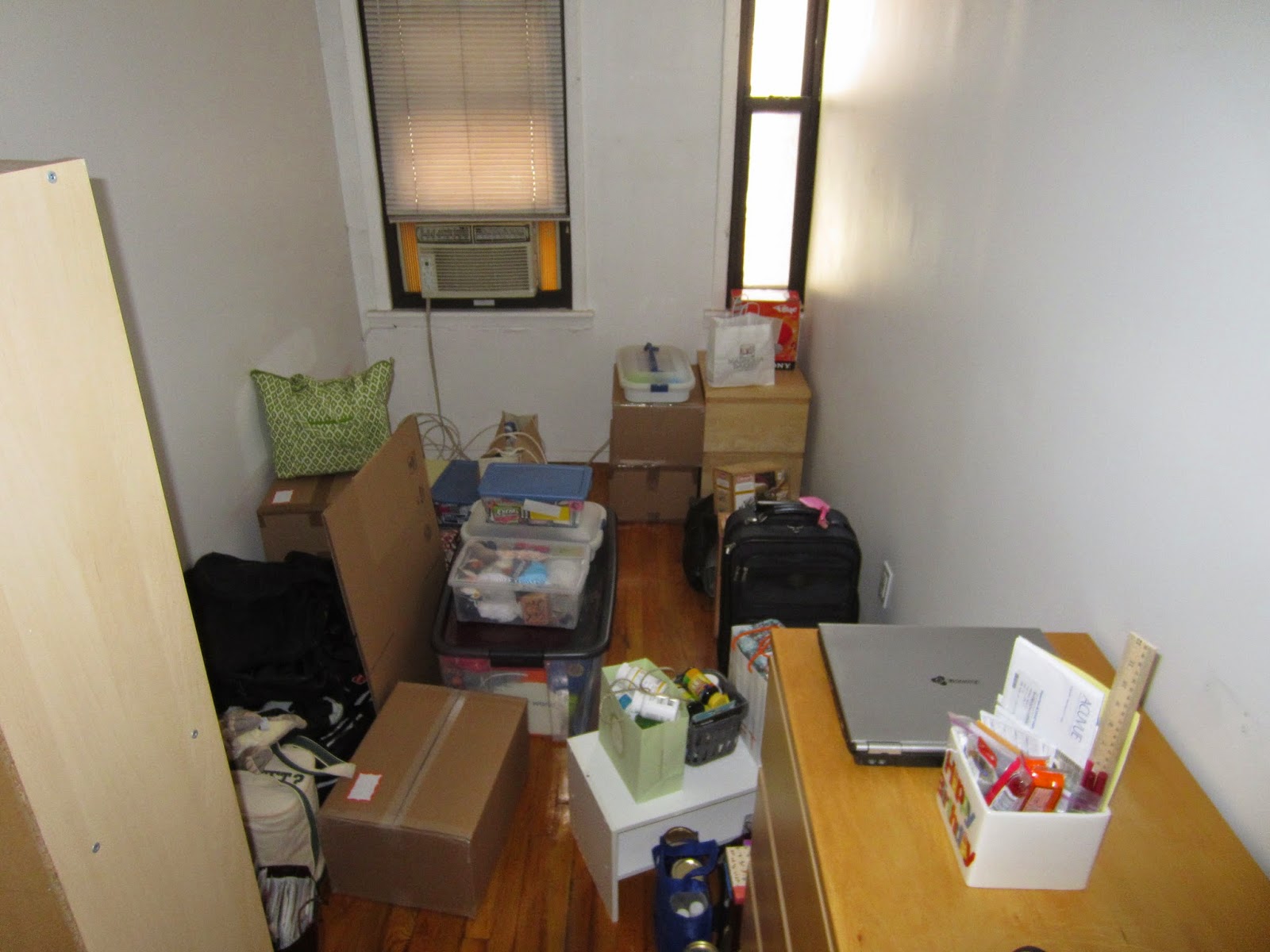 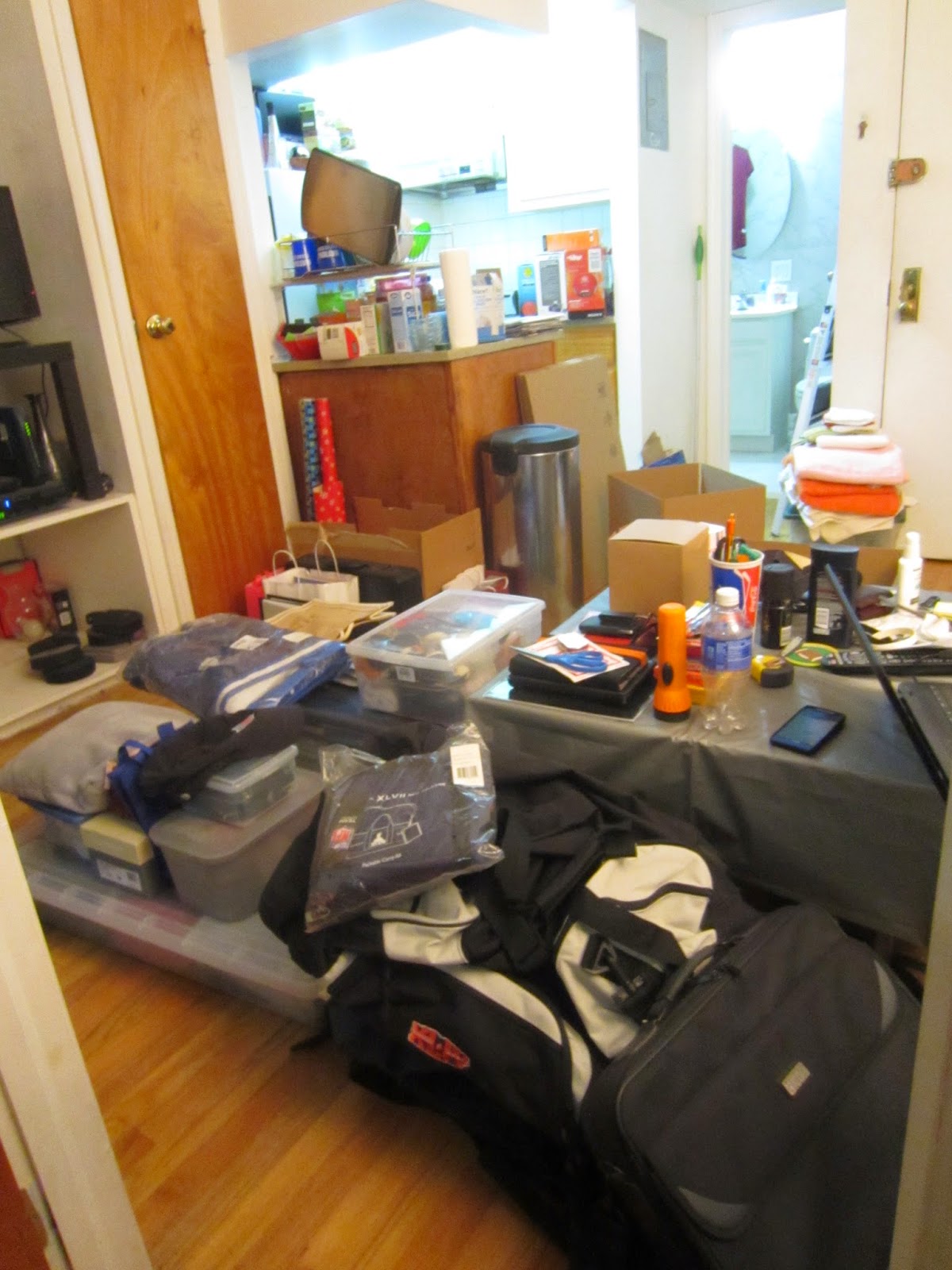 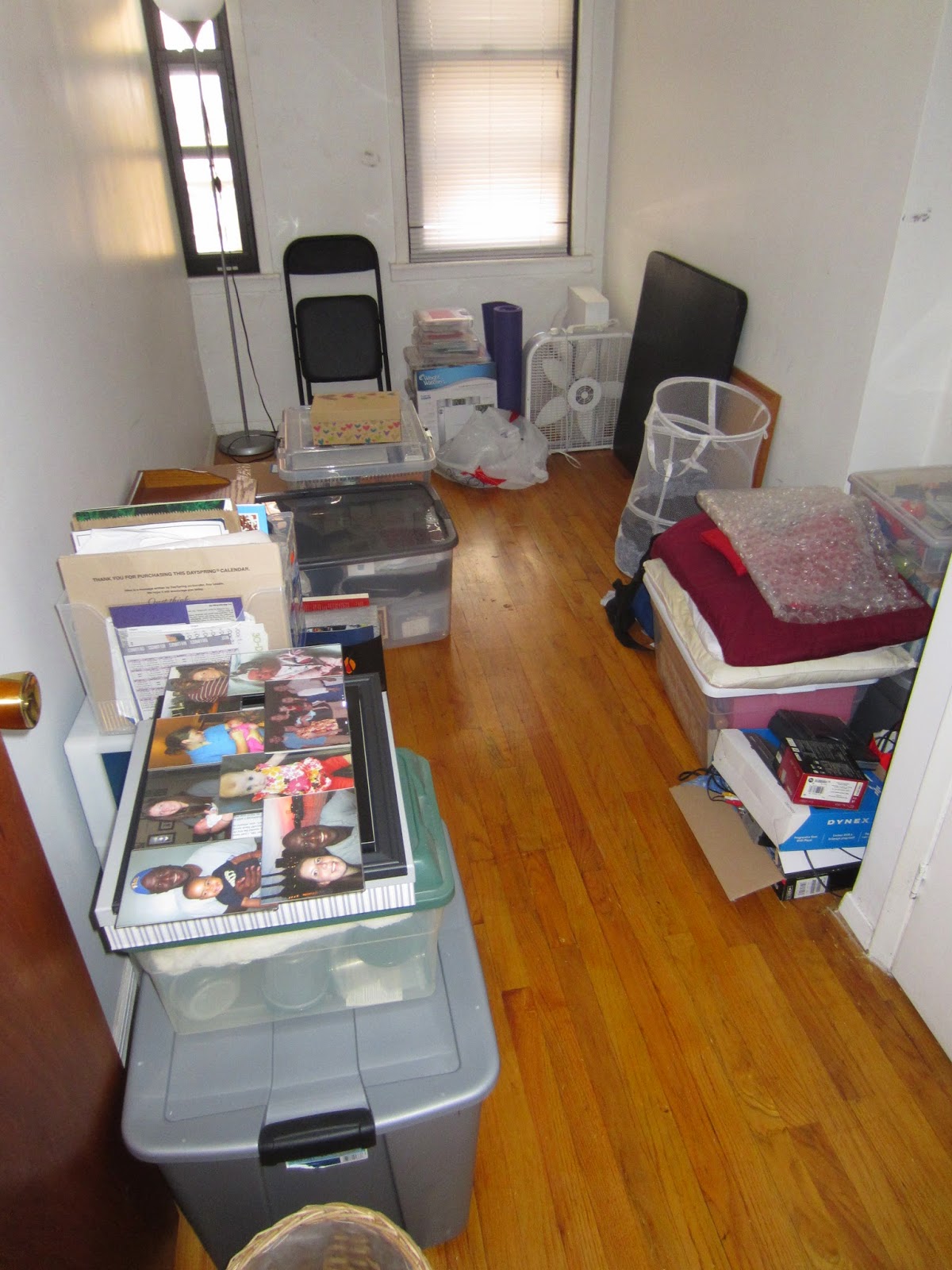 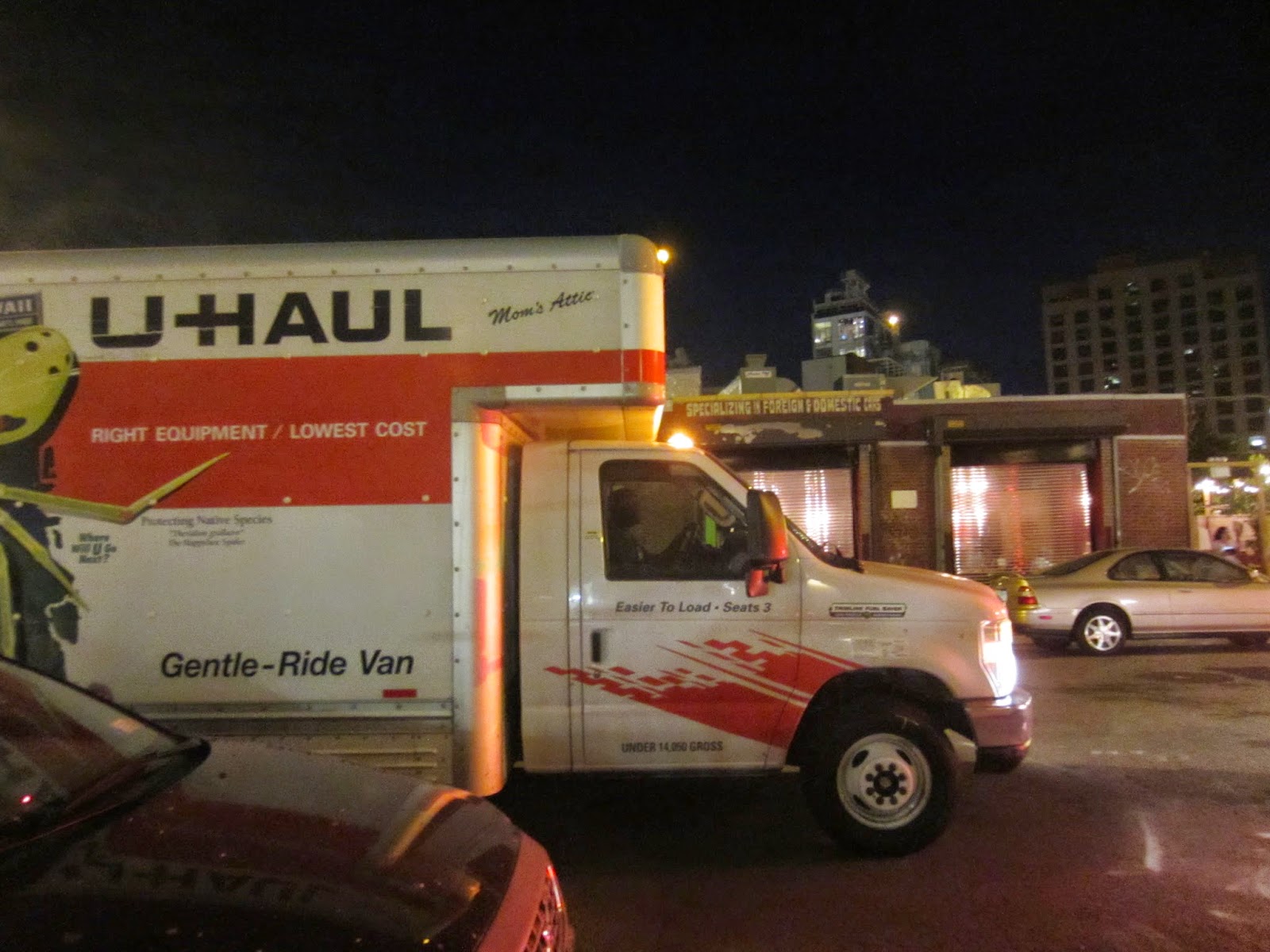 That weekend in Kentucky officially put us at the one-month mark.  And all those final projects I had plenty of time for back in July.  Yeah.  They were overlooked while I packed up my life and moved across the river to Long Island City.  None of them were done.  Some of them not even started.  And the panic set in.  Spoiler alert: It all worked out!  And in the end, regardless of all the little projects and their status, we got married!!


Thankfully, my cousin volunteered to help in any way that she could.  And she did!  Tricia was amazing.  Down the stretch, I could not have been more thankful or appreciative of absolutely everything she did for me.  Talk about coming through in the clutch!  I'll share more about the exact projects as I delve into the wedding posts these next few weeks, but Tricia took my idea for our centerpieces and made it a reality.  I had planned to make them myself, but it would have taken me days weeks longer since I don't have one of those fancy cricut machines.

Once the centerpieces were in excellent hands, I was able to fully focus on a few of the other DIY elements and the photo books I was putting together for our cocktail tables.  And the little pre-wedding week goodie bag for my bridesmaids.  There were many extremely late nights...one of which neither Chris nor I will ever forget.  But first...one final party! 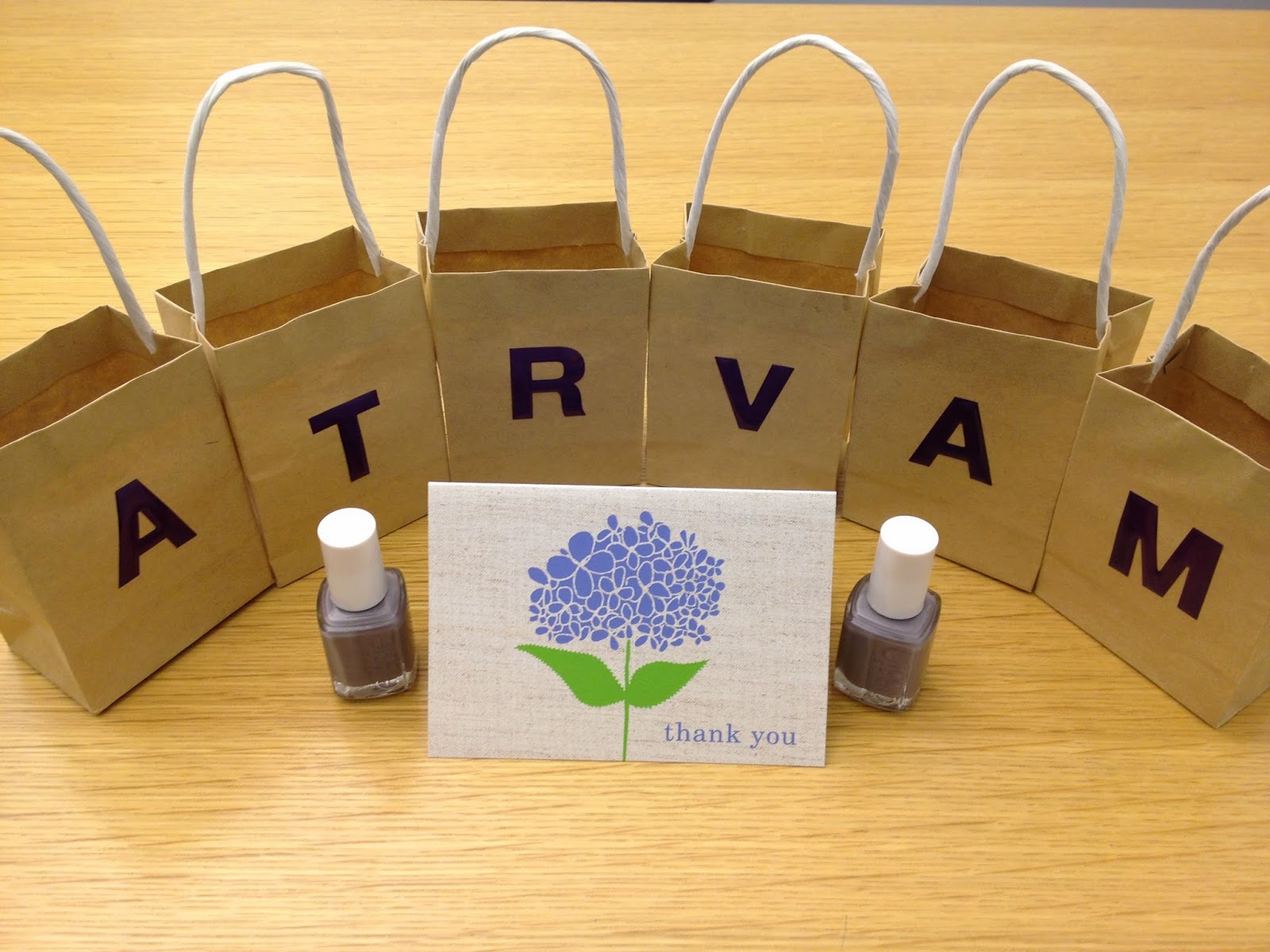 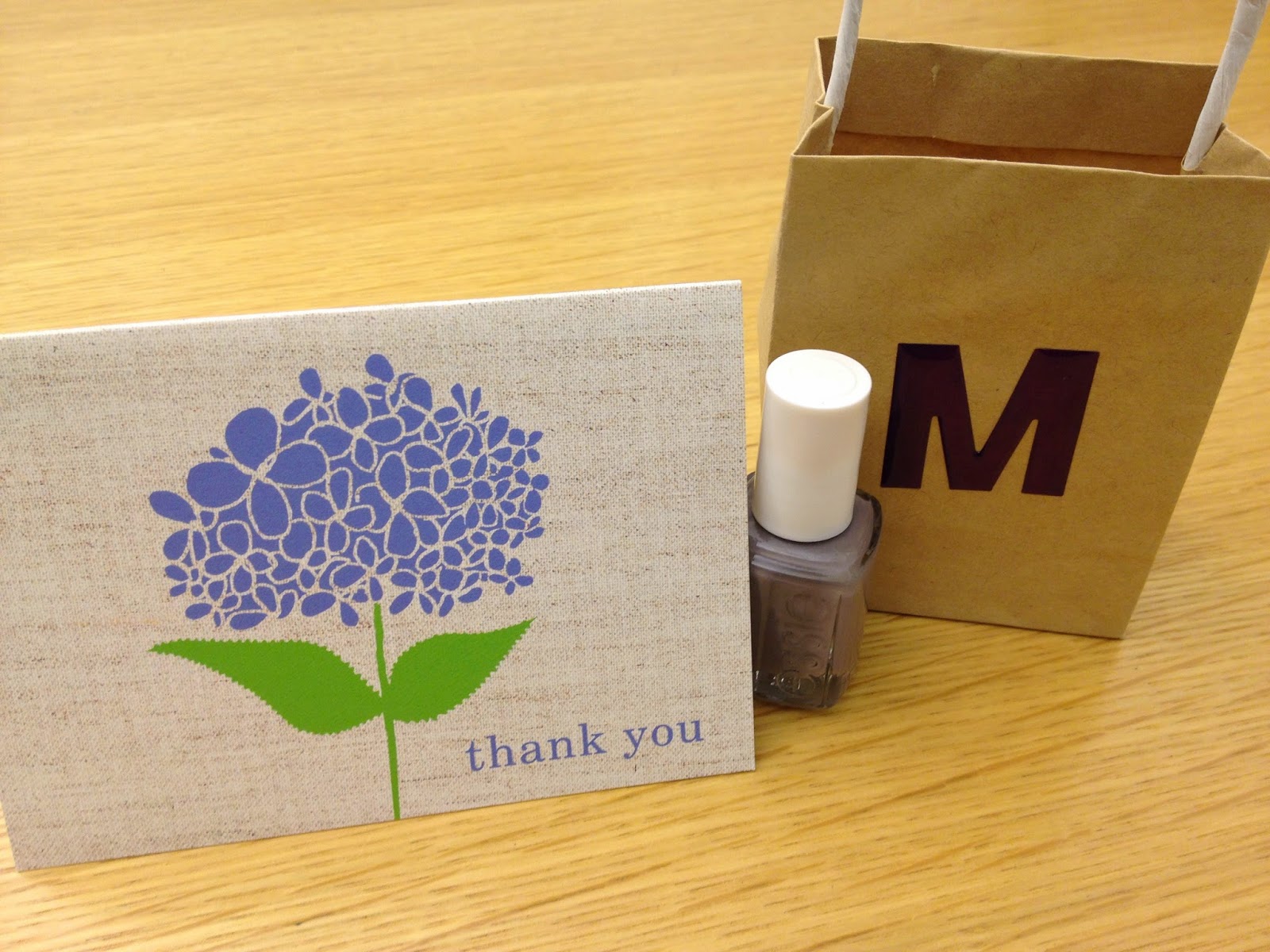 My colleagues at work surprised me with a little party the week before we left for the wedding. And Chris' did the same for him which was really nice.  I was so happy that each of them took the time to be there and show their support.  It was pretty simple with some pizza and cookies, but it was nice to chat with everyone for a bit about our upcoming BIG day. 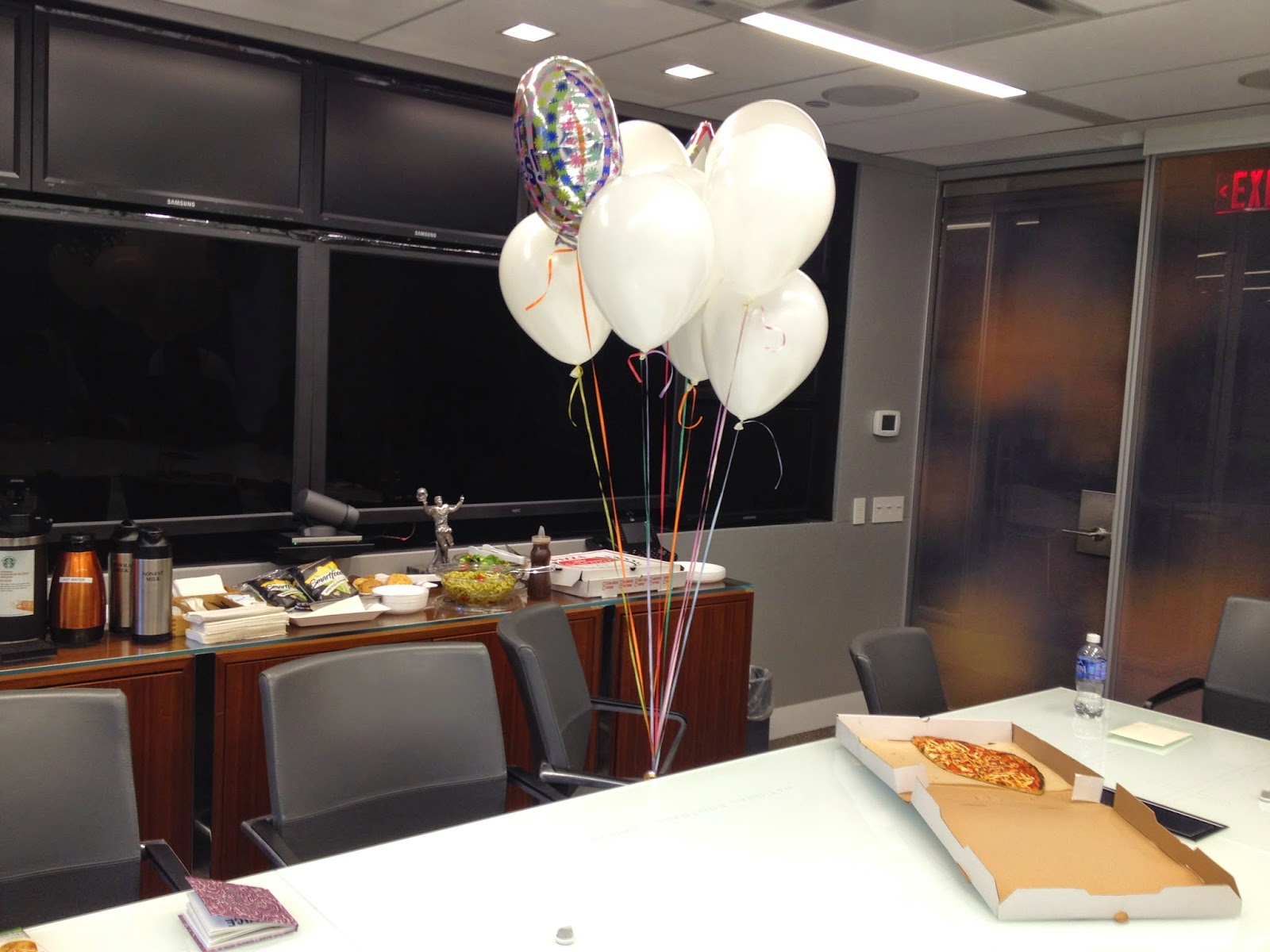 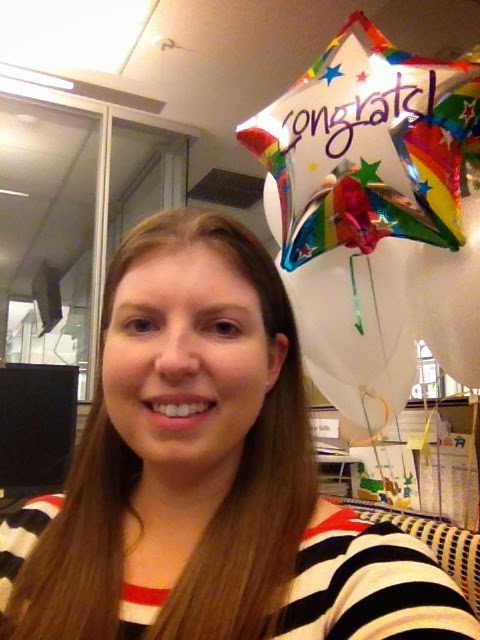 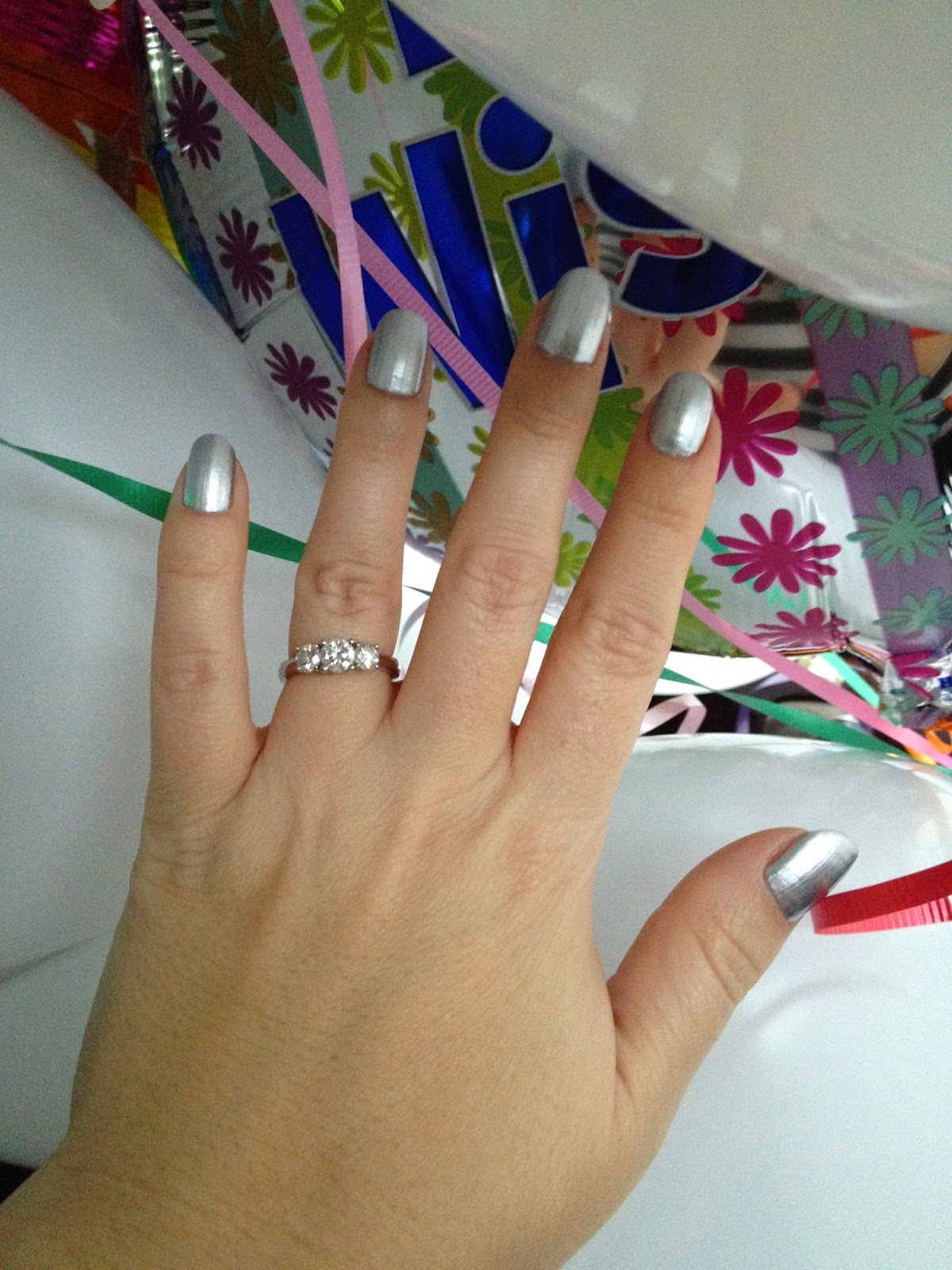 Now, back to that one late night that will never be far from our minds...especially when booking flights in the future!  Our flight to Kentucky for the wedding was set to leave out of Newark on the Wednesday before our BIG day so we'd have a couple days to get our marriage license and take care of any final details.  In typical Andrea style, I had over committed my time in regard to putting the final touches on a few last projects. 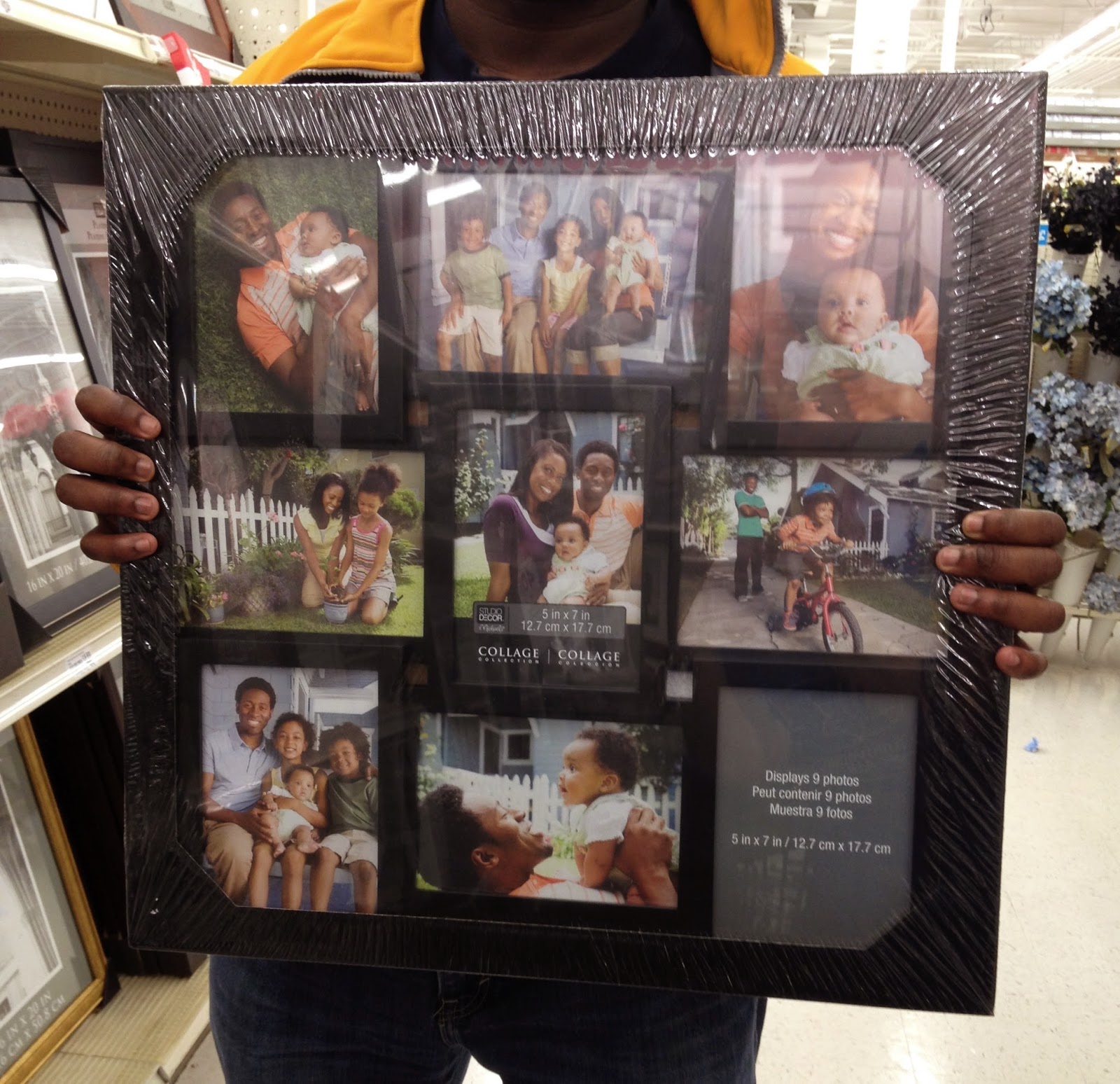 It was the night before we were set to leave and I was scrambling around trying to finish up these projects.  And pack.  Which is a whole separate struggle for me...merely exaggerated with so much else going on.  Thankfully, my rehearsal dinner dress and wedding dress were both already safe and sound in Kentucky.  I say thankfully because it is a small wonder that I made our flight.  I worked on these final projects until somewhere around 4:30ish in the morning. 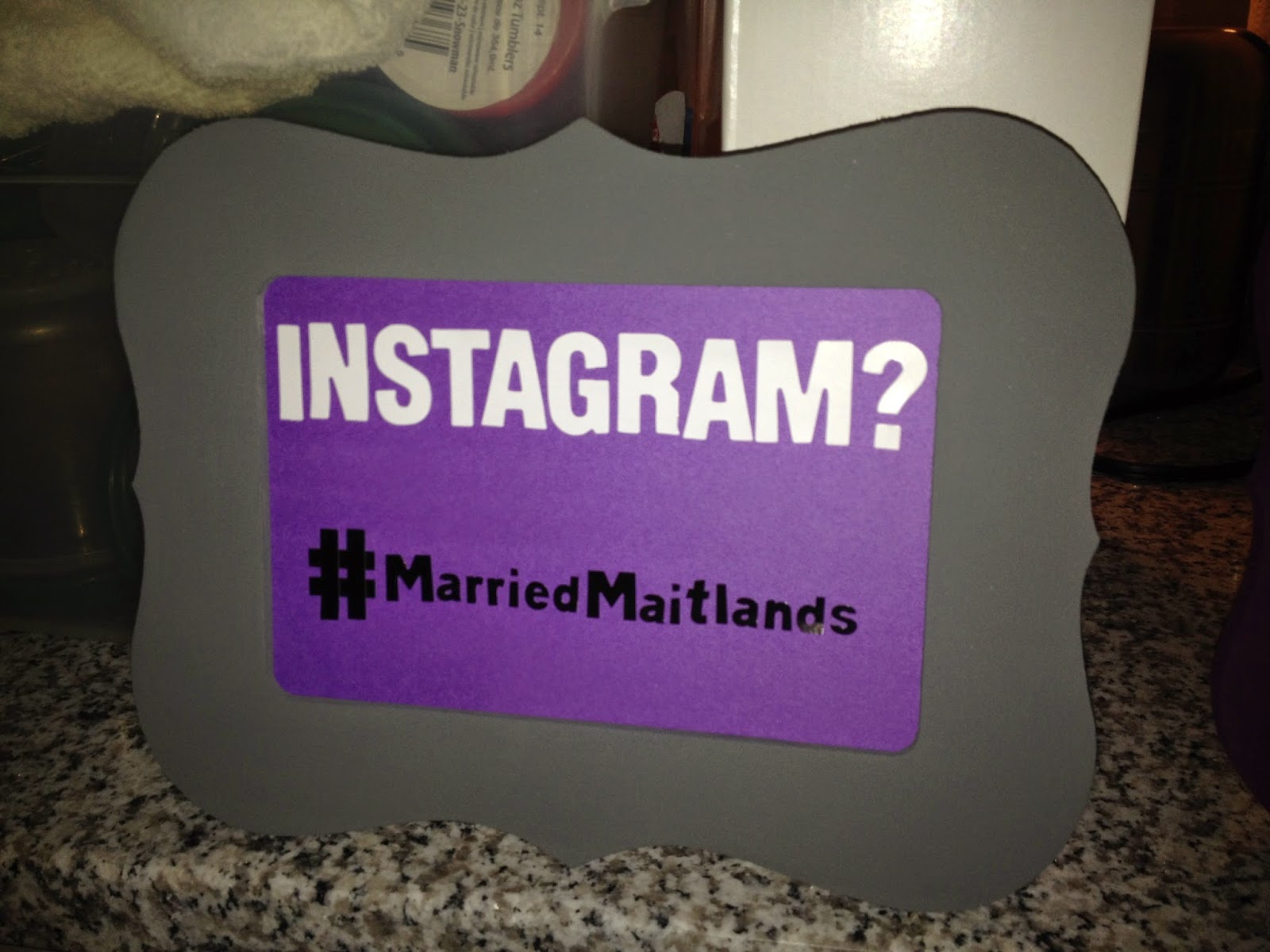 I started to hit the wall so I sleepily thought that I'd just take a quick 30 minute nap and then have enough time to pack up my clothes while Chris showered and got ready for our 7:30am car to the airport.  Well, let's just say none of that happened.  I shot up at 7am totally freaking out that I had nothing packed.  Chris hadn't realized that I put that task off until the morning.  But he will never forget the insanity that ensued.  I was a mess.  A total mess.  Crying and just saying over and over that I had no idea what to pack.  Chris tried to calm me down telling me it was ok and that I should just pick a few things and put them in the suitcase.  In my already somewhat hysterical state this strategy did not work too well. Finally he went down to meet the car and told me to come as quickly as I could manage.  I just grabbed a handful of clothes from the closet, stuffed them in the suitcase, and followed after him.  On the way to the airport I told him I had no clue what was in the bag.  Not a clue.  But I had managed to pull myself together.  And he was quite relieved about that!  Needless to say, nearly everything I wore that weekend we picked up at Old Navy after we arrived. 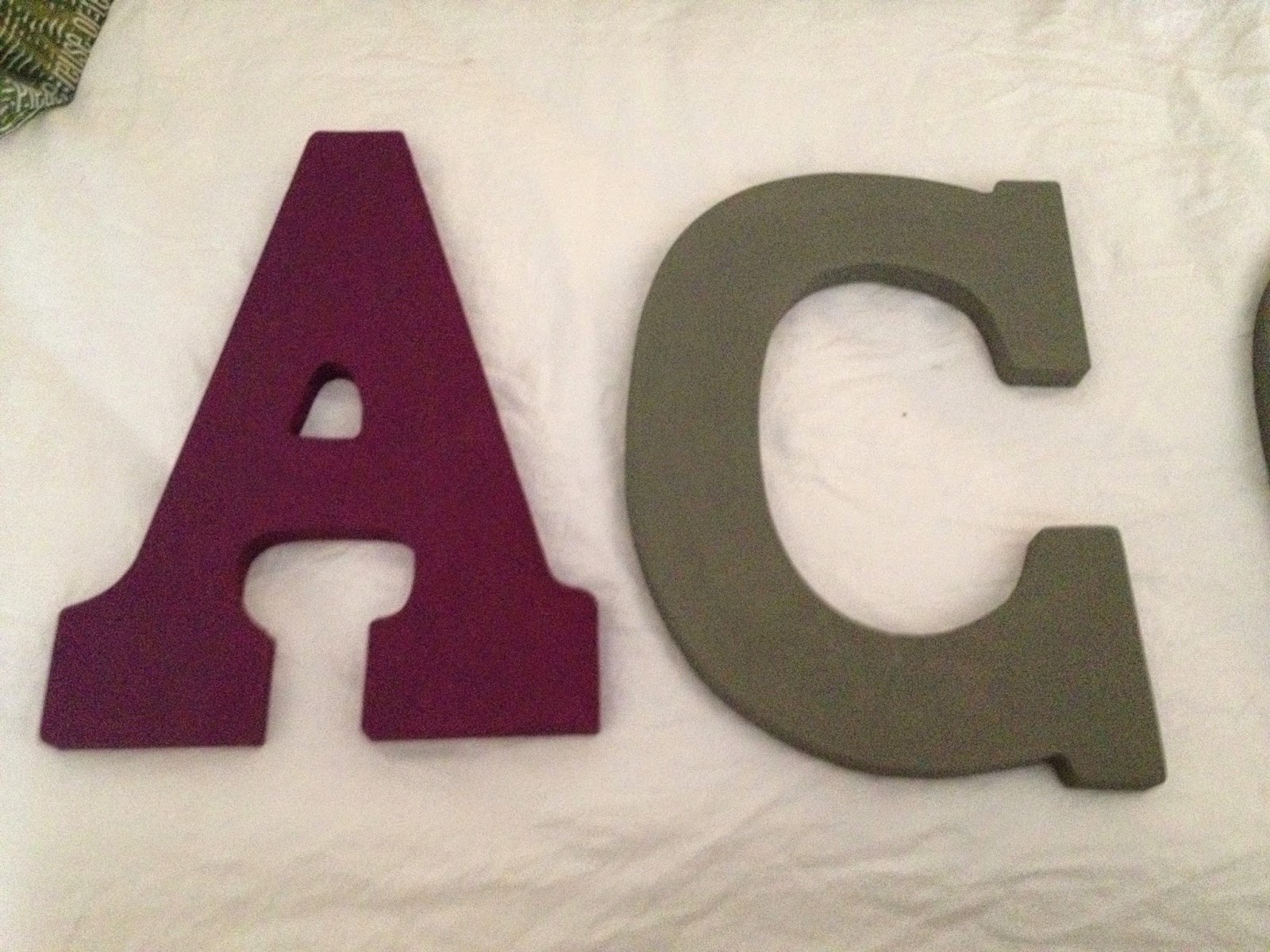 It was such a relief to finally be in Louisville for our wedding weekend though!  Our families arrived the day after we did.  We got our marriage license.  And held a few last meeting with vendors.  But soon enough our wedding party was arriving and it was rehearsal time.... 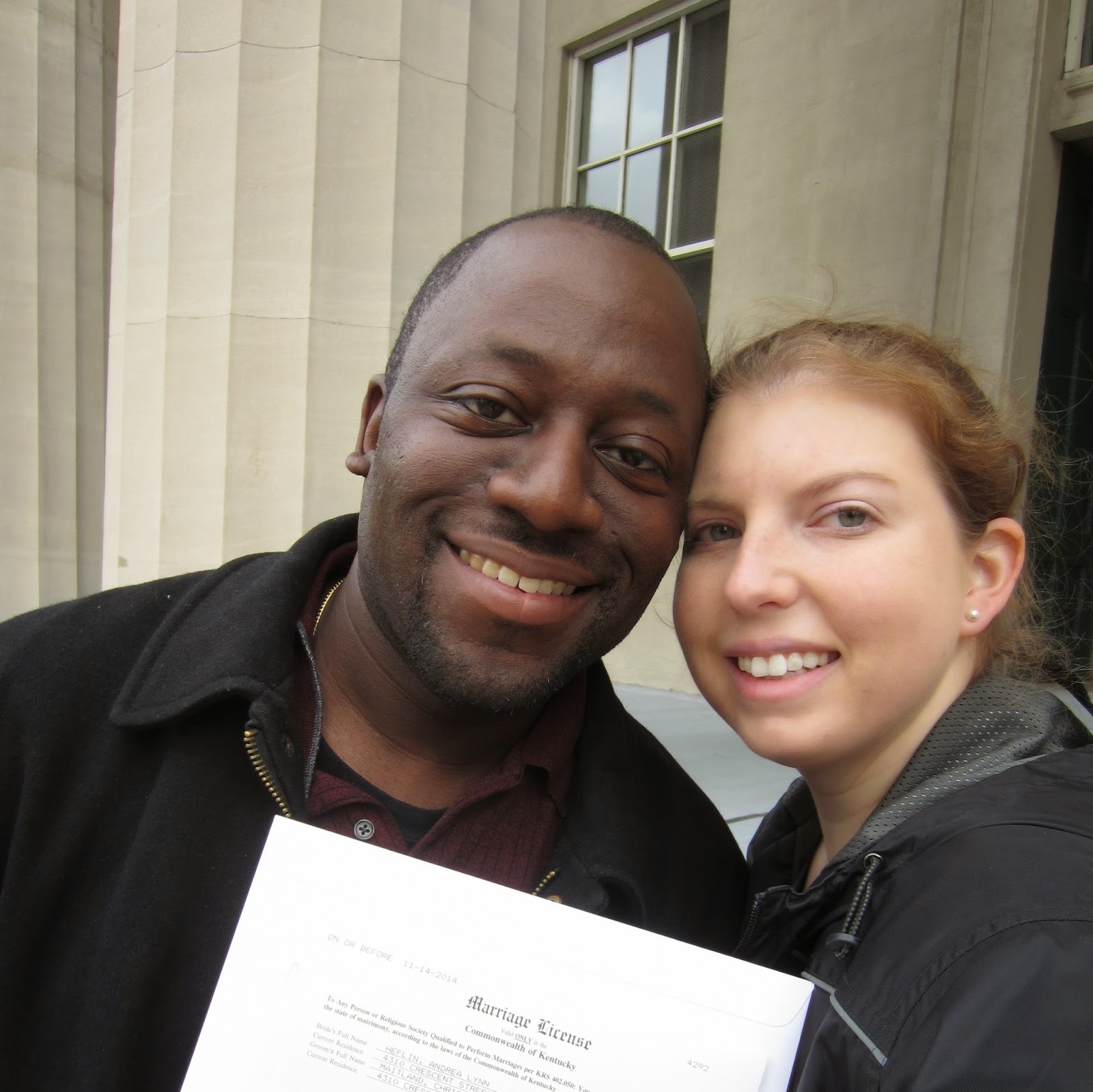