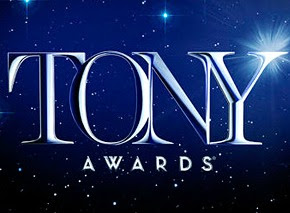 As far as award shows go, the Tonys win hands down!  Chris and I have really enjoyed the show the past few years so when the opportunity arose to host a night of Broadway celebration with our new Bible Study Small Group we jumped at it.  It is sure to be lots of fun because each of them is closely tied to the world of theater and auditions. We are super excited to watch it all unfold tonight!  As promised, I have listed out my predictions for you!  Starting with the categories involving plays...

Best Featured Actress in a Play - Jayne Houdyshell for The Humans

Best Scenic Design of a Play - David Zinn for The Humans

Best Costume Design of a Play - Clint Ramos for Eclipsed

Best Lighting for a Play - Justin Townsend for The Humans

Best Director of a Play - Joe Mantello for The Humans


As you heard last week, we've seen The Father, Blackbird, and The Humans recently.  We also saw A View from the Bridge and Misery earlier this year.  Long Day's Journey Into Night is on the top of our must see list, but that beast is four hours long so we have to wait for an open weekend and we haven't had many of those lately.  After attending the Drama Desk Awards, we also decided to add Eclipsed to our list of plays to see.  We've waffled on seeing The Crucible (and heard it was just ok) so we may or may not see it, but it's not super likely to find its way into the rotation soon. Now for the categories involving musicals...

Best Revival of a Musical - The Color Purple

Best Book of a Musical - Lin-Manuel Miranda for Hamilton

Best Featured Actor in a Musical - Daveed Diggs for Hamilton

Best Scenic Design of a Musical - David Korins for Hamilton

Best Costume Design of a Musical - Ann Roth for Shuffle Along

Best Lighting for a Musical - Justin Townsend for American Psycho

Best Director of a Musical - Thomas Kail for Hamilton

We were so fortunate to have seen Hamilton to kick off our year - what a truly fantastic production in every possible way!!  I also managed to see The Color Purple with some friends around Christmastime.  I have a long list of want to see shows including Bright Star, She Loves Me, Fiddler on the Roof, Shuffle Along, and Waitress.  Hopefully, I'll find a way to knock out at least a few of those before the end of summer!


Do you watch the Tony Awards?