Hamilton: A Man of Many Shots!

"I'm just like my county -
I'm young, scrappy, and hungry...
And I am not throwing away my shot!"

Hamilton is easily the must-see musical of the season.  Truly phenomenal, clever, and catchy!  Unlike anything I've ever seen on stage...and absolutely wonderful.  But let me rewind for a moment. 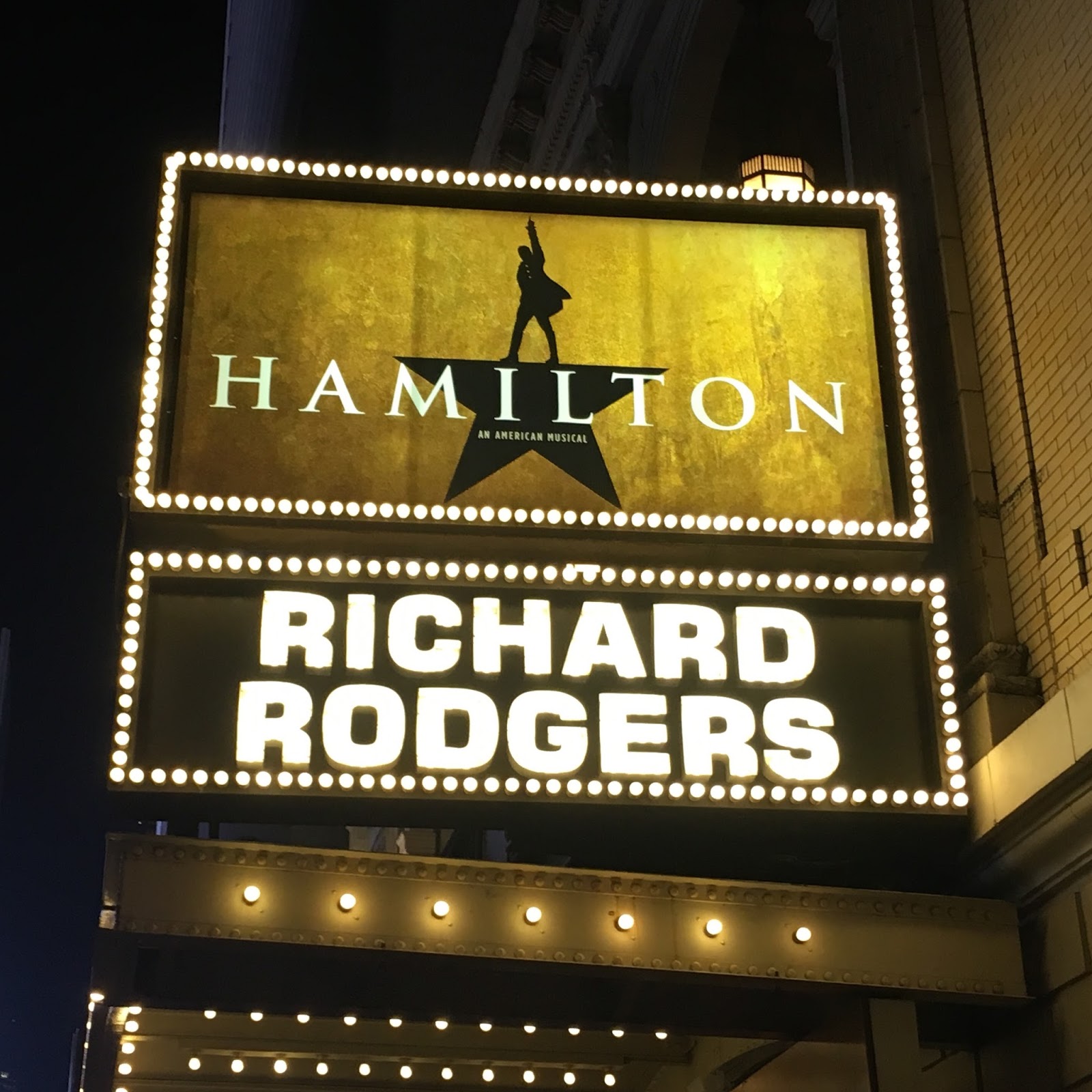 Christopher mentioned Hamilton to me for the first time in the summer.  He'd heard about it on twitter.  It was set to be the next BIG thing.  Didn't take much to convince me to get on board.  We bought tickets for an early January show back in August.  We didn't think about it too much until the rumblings began later in the fall.  Hamilton became overwhelmingly popular.  It even broke the internet when it tried to instate an online lottery for tickets after those waiting at the theater were causing dangerous traffic issues.  It was officially the BIG thing.  And we began counting down the days until we'd take part in the magic.

Over dinner before the show, Chris discovered we could sell our back row of the balcony tickets for a few hundred dollars.  Tempting, but not as tempting as seeing writer and lyricist Lin-Manuel Miranda star as Hamilton.  On the way to the theater, fate was sealed as I bent down to scoop up a folded $10 bill on the busy midtown sidewalk.  It was our night for Hamilton! 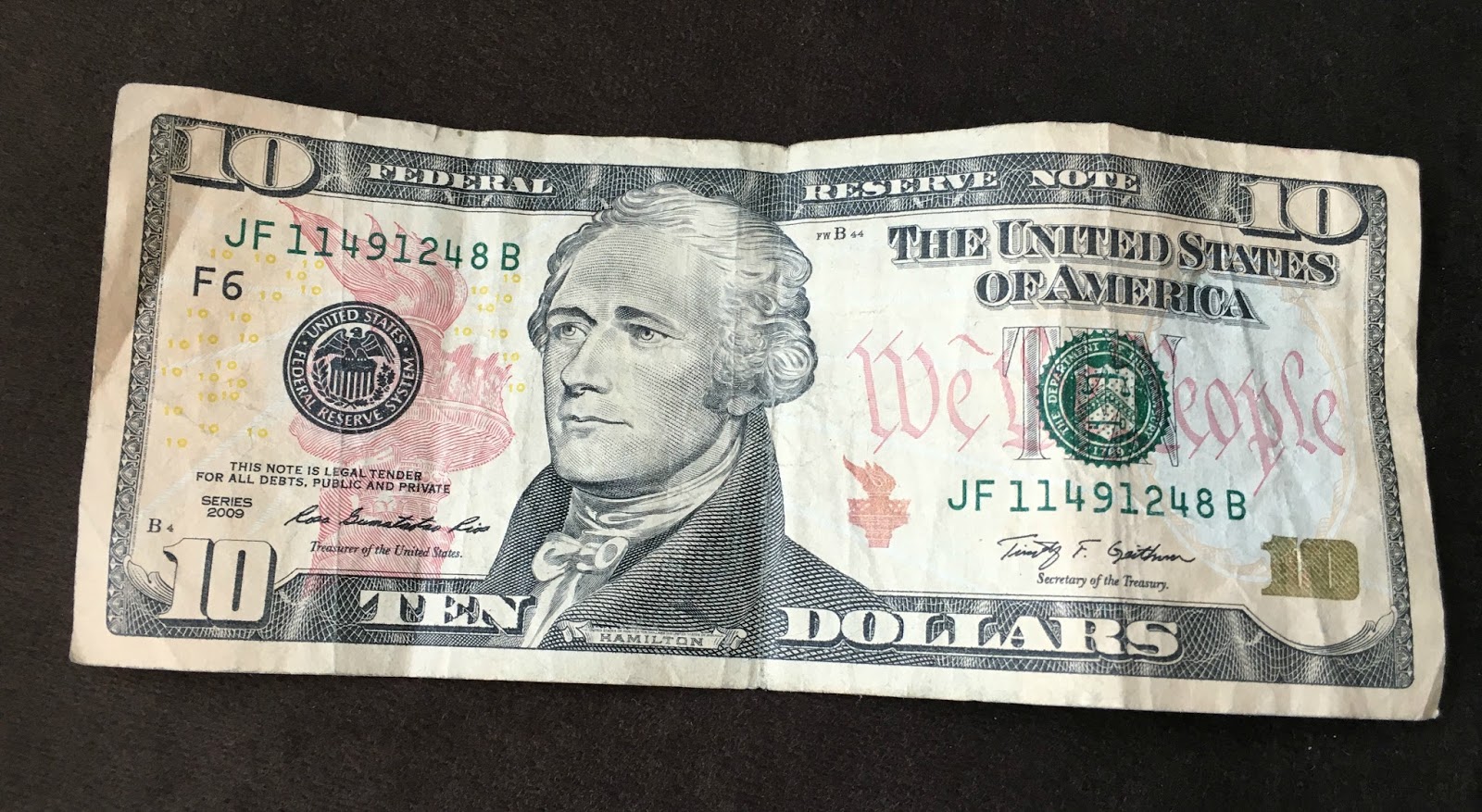 The show chronicles Hamilton's life - particularly his rise to political power during the tumultuous beginnings of our great country. Catchy upbeat hip-hop songs and rap battles are prominent throughout.  It took unbelievable talent to create these unique and exciting songs.  I spent the entire show in absolute awe.  Such a fun night!  We immediately purchased the soundtrack...and have basically kept it on repeat ever since.  Total addicts!  My top five favorites are "My Shot", "Non-Stop", "The Room Where It Happens", "Your Obedient Servant", and everything featuring King George (laugh out loud funny!).  Chris loved the Cabinet Battles, "The Ten Duel Commandments", "The Schuyler Sisters", and "Washington on Your Side."  There aren't any bad songs though.  I've heard them all multiple times...every single one still has me listening! 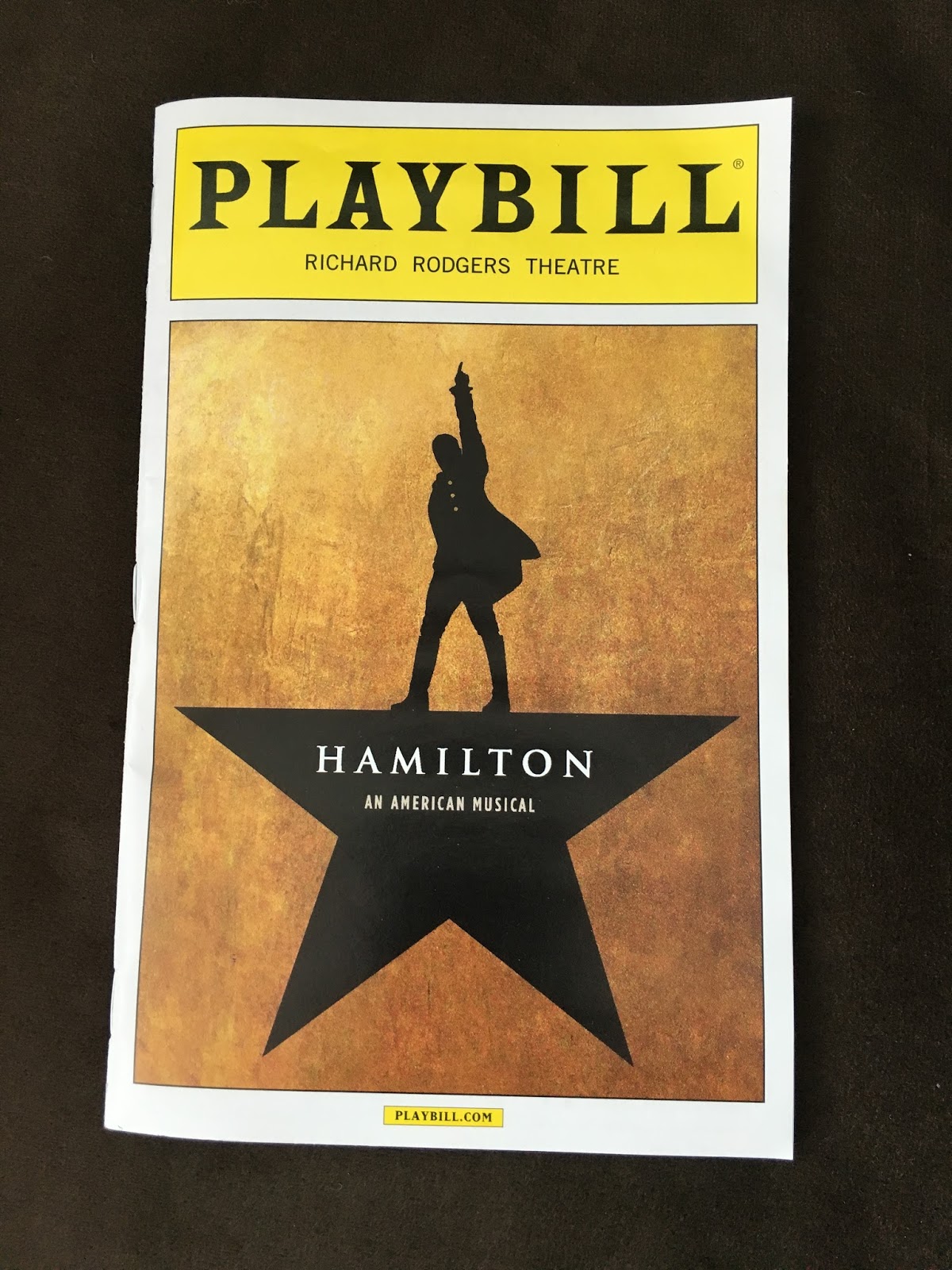 There is nothing on Broadway right now that can complete with this show.  If you can manage to find tickets, buy them!  And then start an official countdown to the best day of your year!  Seriously, you MUST find a way to see this one on stage.  I'm glad we got our shot!!