It's Only A Play 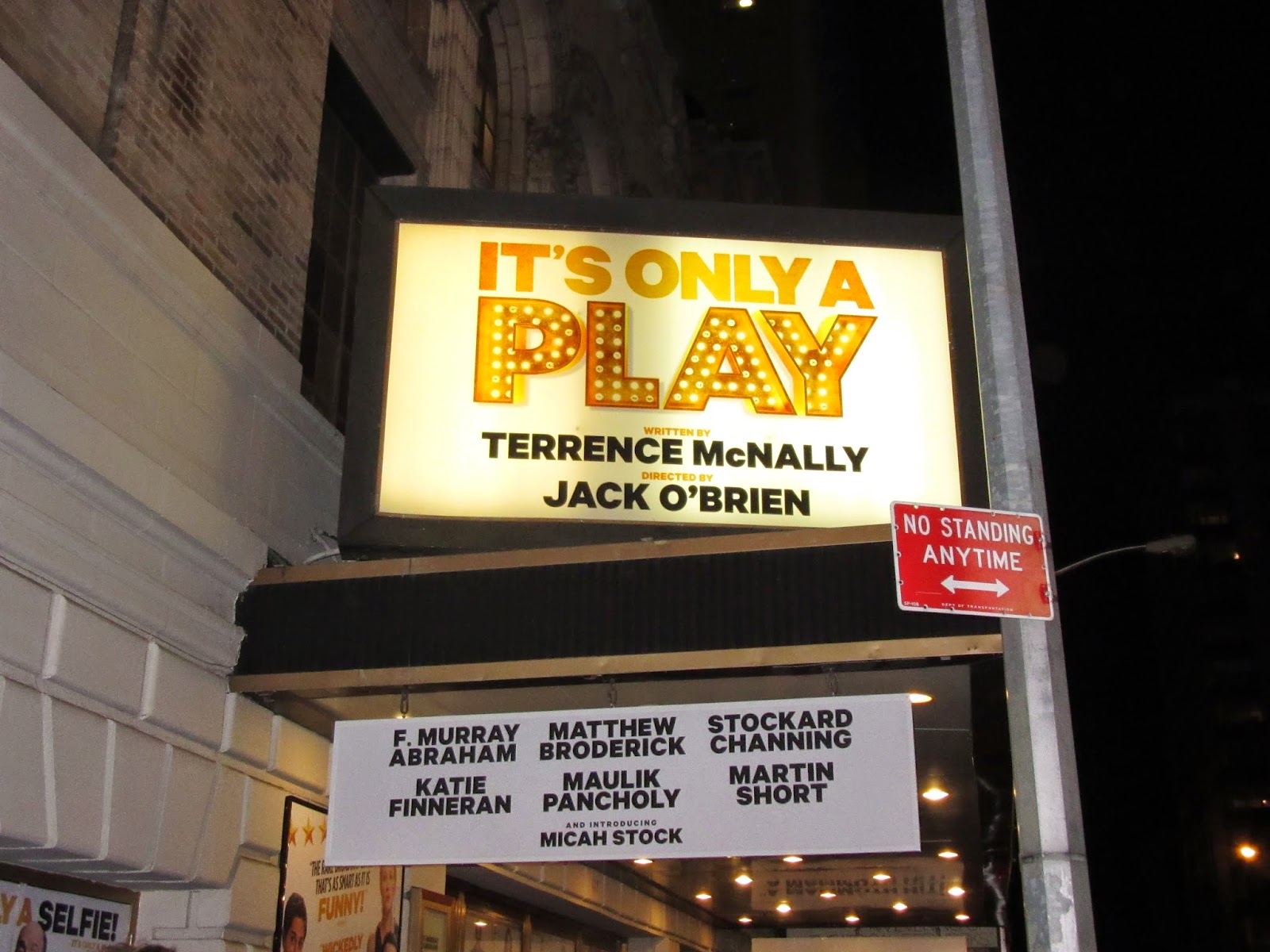 You know it's gonna be a good night at the theater when you literally run into Michael Douglas and Catherine Zeta-Jones on the way inside the doors.  Honestly, I wasn't too surprised since It's Only A Play has a whole cast full of well known actors/actresses. 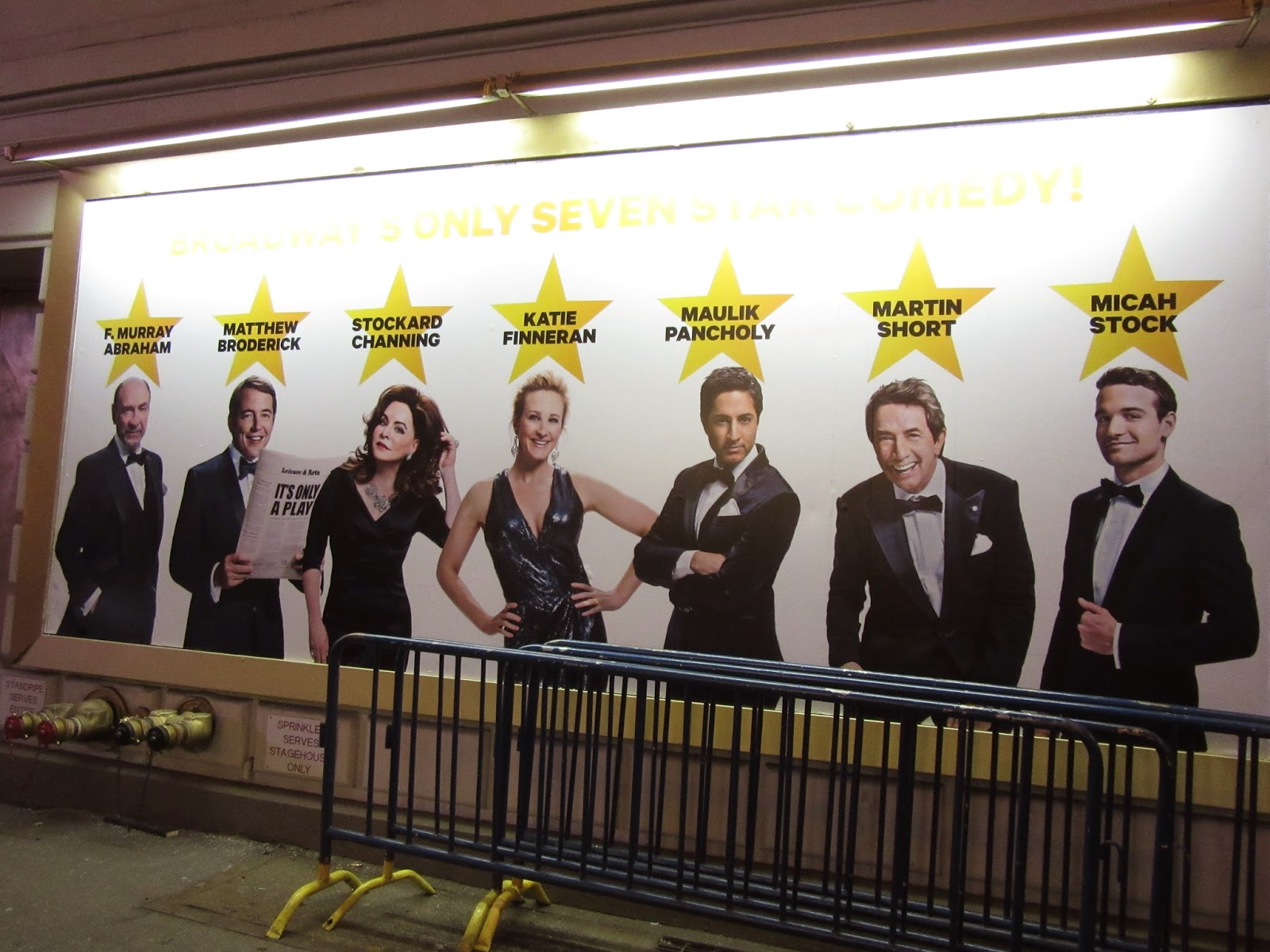 I knew going into this one that it was a play about a play so I was banking on the humor to carry it through.  It did...but it also didn't.  I wasn't too excited about it in the first half hour or so, but it had picked up a bit by intermission.  I found myself liking it much more by the final curtain.  Guess it just had to grow on me a little. Its humor and irony definitely carried it through. 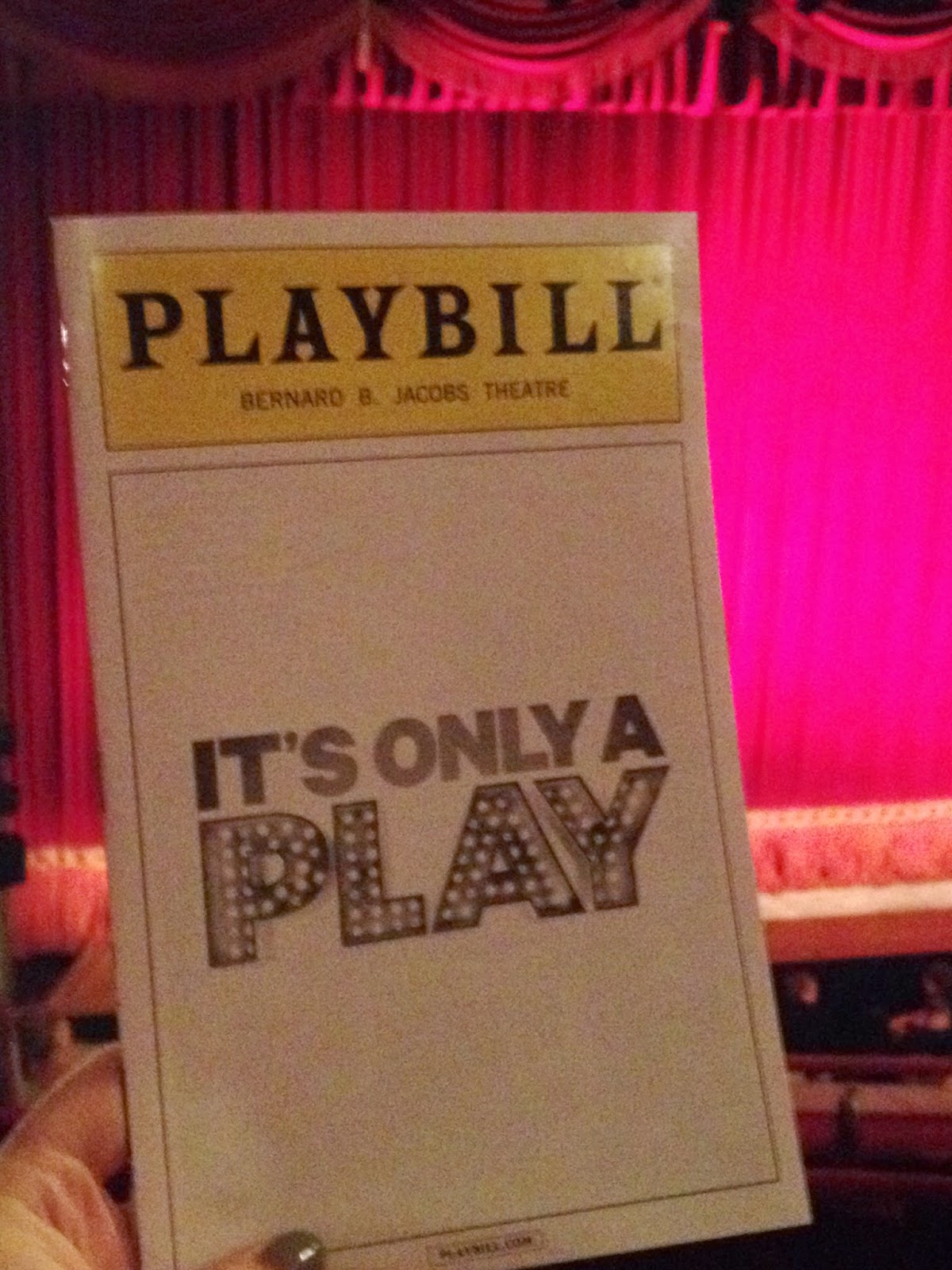 Chris actually requested we see this one because he really likes Martin Short.  I thought Short played his role well.  Very funny man.  We attempted to stand outside to meet him afterward, but didn't last long.  It was below freezing with the wind just whipping through the streets.  Ugh.  The picture below will have to suffice... 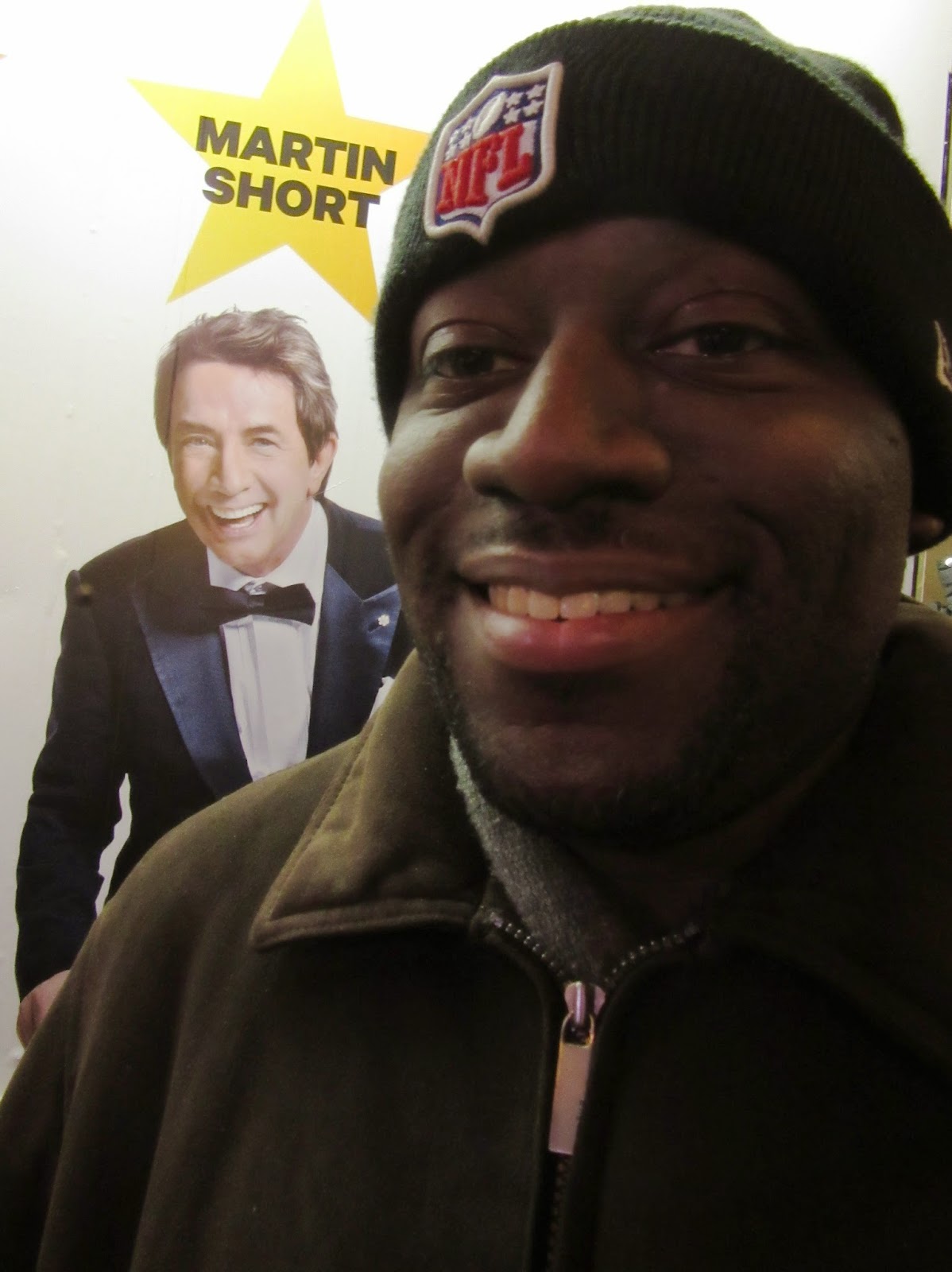