write letter to family or friend

I sent the letter this month to my "adopted" grandparents, Bill and Jean Miller. Unfortunately, by the time I was born, I only had two remaining grandparents - my mom's dad, Papaw, and my dad's mom, Mamaw. My Papaw passed away when I was still fairly young so while I do have memories of him they are far and few between. However, my Mamaw passed away roughly 10 years ago when I was beginning my sophomore year at Georgetown.  This was particularly difficult for me as we were very close.  There isn't a day that goes by when I don't think of her.  However, when I became grandparentless, Jean and Bill stepped in and played that role for me.  They are both great people, and I cherish my relationship with them both even though I don't get to see them as much now that I live farther away.

1) Floss daily.  I have done my best.  I might have missed a day here or there, but I was pretty diligent on this one.

2) Find someone to sublet or move.  I went with option #1.  She moved in on September 15.  Even though I absolutely loved having my own space, it was the right thing to do until a few more things get settled and sorted out.  Then, we'll see.  She is here until mid-February.

When we were in Pittsburgh over Labor Day weekend, I briefly was able to facetime with Brinley.  I attempted to introduce her to Chris' godson, Trey.  Not sure if that was exactly a success or not, but it was fun trying.

On September 12, we facetimed and Brinley showed me she had found her toes.  She was also making lots of funny noises.  Maybe she's gonna start saying some words soon...maybe :) 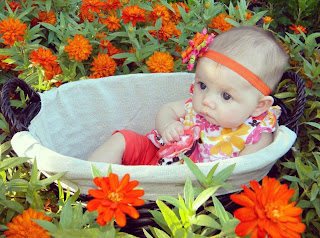 *Also....beyond OVERJOYED that I will get to see this little beauty in person on Thursday!! COULD NOT BE MORE EXCITED...SERIOUSLY :)

Chris is a big fan of the comedian, Bill Burr.  Bill Burr was scheduled to be at Caroline's this month.  Being the awesome girlfriend that I am, I bought us tickets to the show last night.  We had such a great time!  There were lots of laughs :) 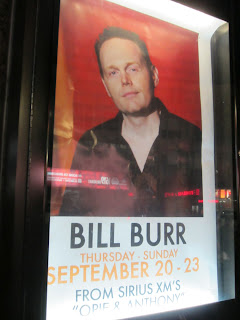 
In early September, I stepped out of my comfort zone for a very enjoyable and different girls' night adventure.  We hit the streets for Fashion Night Out.  And we had a blast!  Here's the evidence...


18 - purchase (or receive as a gift!!!) Spanish Rosetta Stone and begin a journey to fluency*
*it is supposed to arrive tomorrow...looks like I will have something to keep me busy for awhile!!