Last Thursday night, Chris and I had a rare weekday date night!  Since we usually only see each other on the weekend, it was a real treat to spend a night out with him during the week!  Our plans included tickets to see Lucky Guy - a limited engagement show on broadway featuring none other than Tom Hanks!!  I must admit, I had been waiting many months to see this show.  As soon as I saw it advertised I forwarded the email to Chris saying there was NO WAY that I wanted to miss the opportunity to see Tom Hanks in his broadway debut.  Luckily for me, Chris was totally up for it.  Not so lucky for my bank account, but hey, it's not everyday that Tom Hanks is on broadway!!


I fixed us a quick dinner of some yummy penne alla vodka with chicken and broccoli before we headed off to the show.  We arrived fairly early, but there was already a pretty long line outside.  I was able to talk Chris into a quick picture outside before we were herded up to our seats in the balcony.  We had a great view of the stage!  And we had some pre-show entertainment in our usher.  He was working two aisles.  Not exactly the most effective way to seat show goers, but he was working doubly hard to get the job done and it was clear to all. 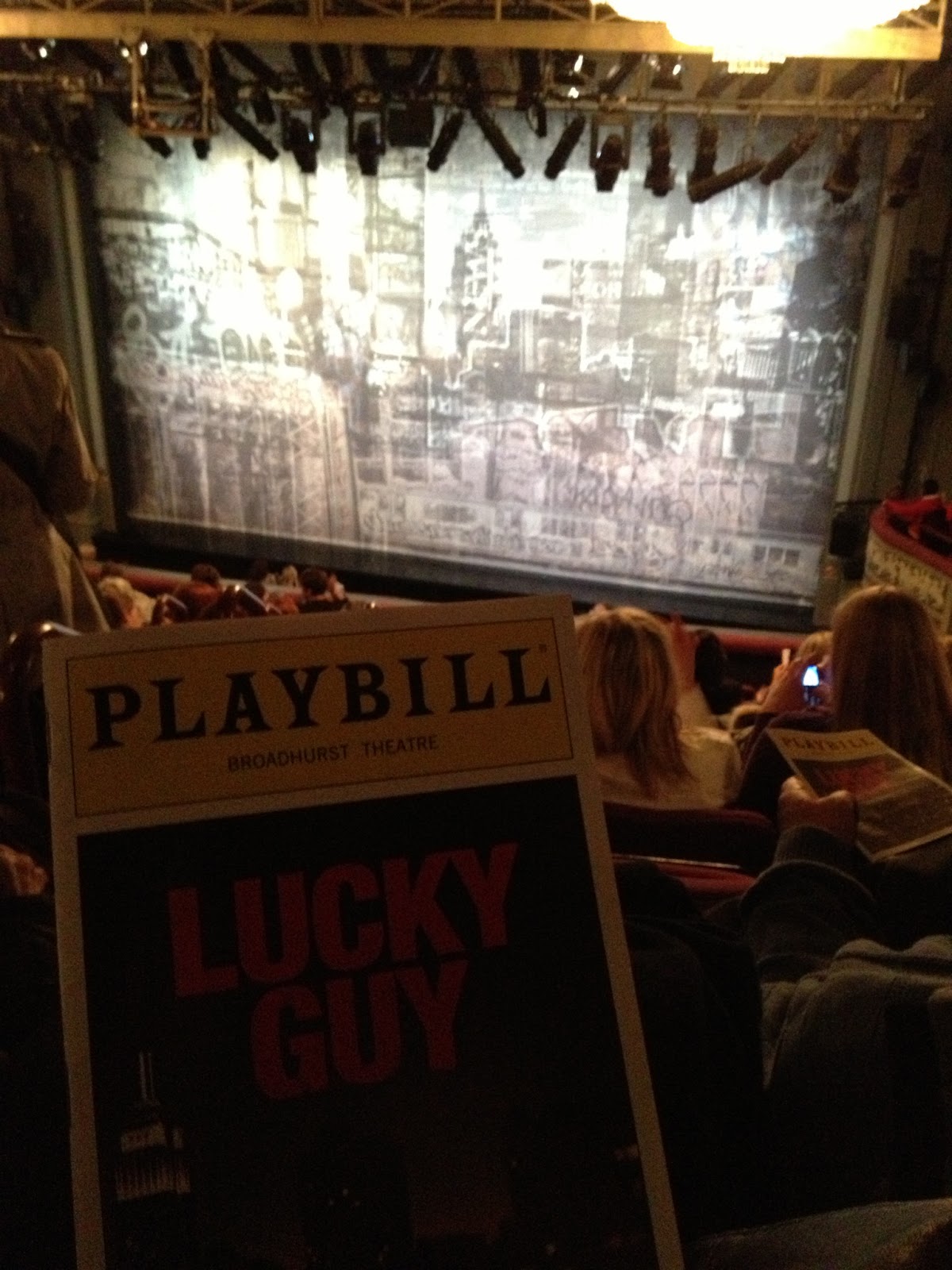 Before the show, I wasn't entirely sure of the story line, but basically it is the story of Mike McAlary - a Pulitzer Prize winning tabloid columnist in NYC during the 1980's and 90's.  I just knew that Tom Hanks was the star and Nora Ephron wrote the play.  It was actually said to be her final work.  That was enough for me to be sold on it.  As expected, the show was exceptional.  Each character proved very inviting.  The story is told through the perspective of a variety of characters - each with their own unique view point.  Much of the time they are talking directly to the audience while the scene itself is paused.  It was a very fun way to present the stories of McAlary.  Chris and I both really enjoyed all two hours of it. 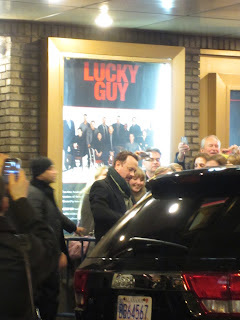 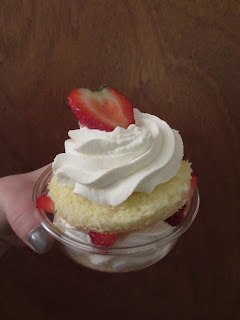 After the show, I got a little lot upset that I wasn't able to finagle my way up to the front lines to get a picture with Tom Hanks.  I had this vision in my head ever since I saw the play announced of me getting to meet this icon of an actor.  He has been one of my favorites for SO many years.  Needless to say, I didn't exactly handle it very well when hundreds...ok, maybe just shy of a hundred...other people beat me to the punch.  Unfortunately, Chris bore a bit the bulk of my (as it turns out quite unnecessary) unhappiness on this one.  Didn't exactly handle this major disappointment too gracefully, but once I opened up about the root of my frustration with the situation we moved on to Cake Boss for a little dessert!  And the strawberry shortcake was delicious.  Very light and fluffy!! 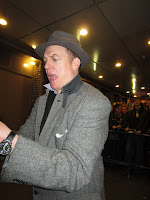 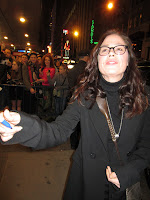 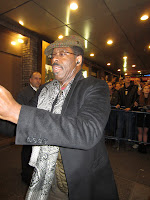 Fortunately for me, I live nearby the theater district and was able to head back over to the theater the following evening for some front lines picture taking and fun interactions.  The show had several wonderful actors alongside Mr. Hanks.  There was Shooter McGavin from Happy Gilmore (aka Christopher McDonald as Eddie Hayes), Abby Lockhart from ER (aka Maura Tierney as Alice McAlary), and Assistant DA Ron Carver from Law & Order (aka Courtney B. Vance as Hap Hairston) just to name a few.


Of course, the highlight of my night was when Tom Hanks marched right over to me as I eagerly held out my playbill from the night before.  I was more shocked than anything that he was headed my direction.  Somehow, I managed to ask if he would take a picture with me.  He didn't just oblige, he enthusiastically replied, "Of course! Hand me your camera."  I was a little caught off guard, but I went with it and gave the man my camera.  The gem above is what I received in return.  Along with my signed playbill.  Unfortunately, it all happened so quickly that I didn't even get a chance to compliment him on his performance or let him know that I was a huge fan of his work in general, but somehow...deep down...I think he knew.


Have you ever met anyone famous after a show or event? Were you speechless?