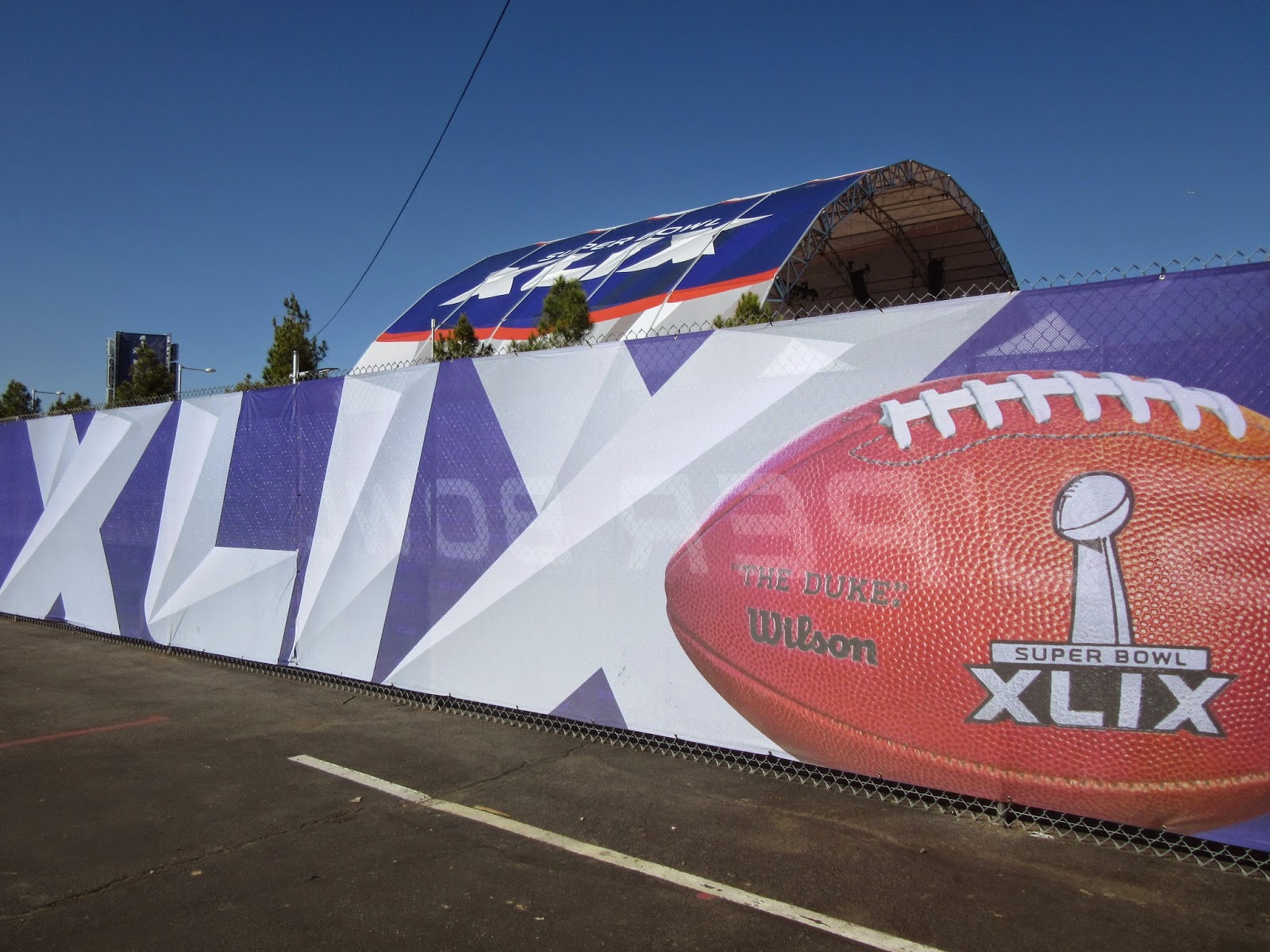 The game itself was simply that...a game.  We didn't really love either team.  Chris is a Jets fan so we certainly weren't cheering for the ultimate Super Bowl XLIX champs, but we weren't really into Seattle either.  It proved to be a very odd feeling.  Such a big game, but not really having a clear desire to cheer for either team.  Just watching...and taking it all in. 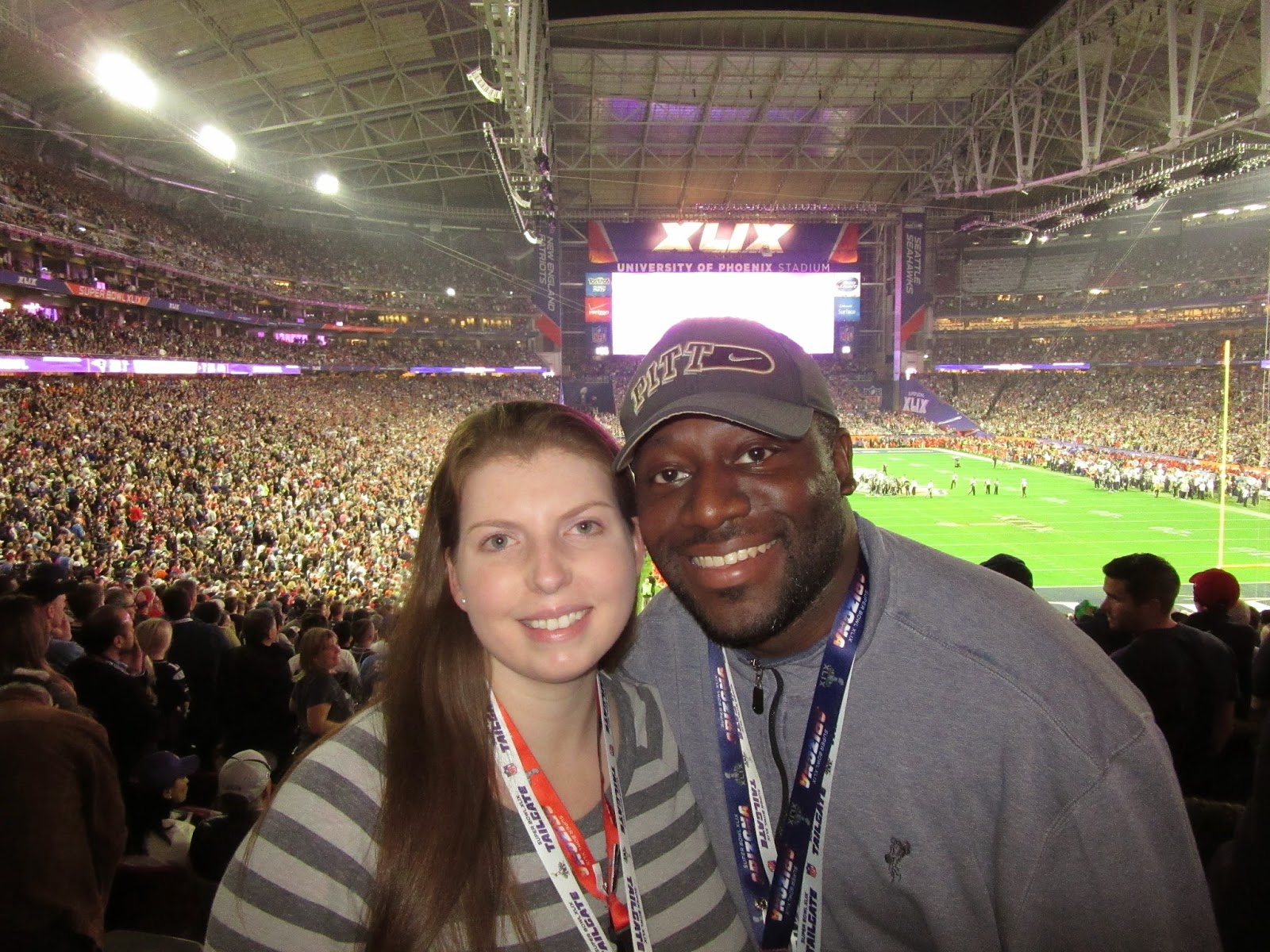 The opening musical numbers by John Legend and Idina Menzel were fantastic.  And I managed to capture the perfect flyover photo somehow. 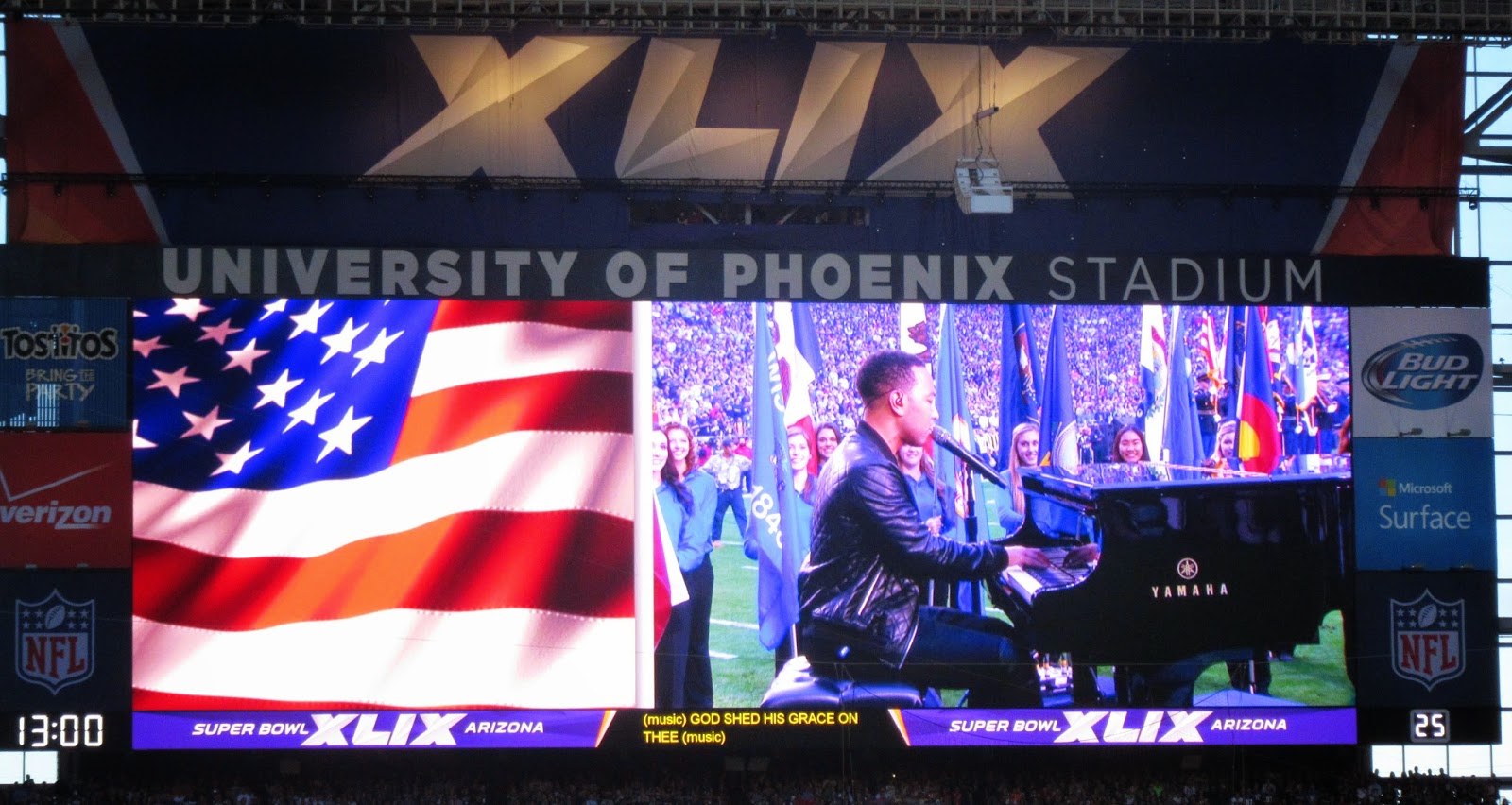 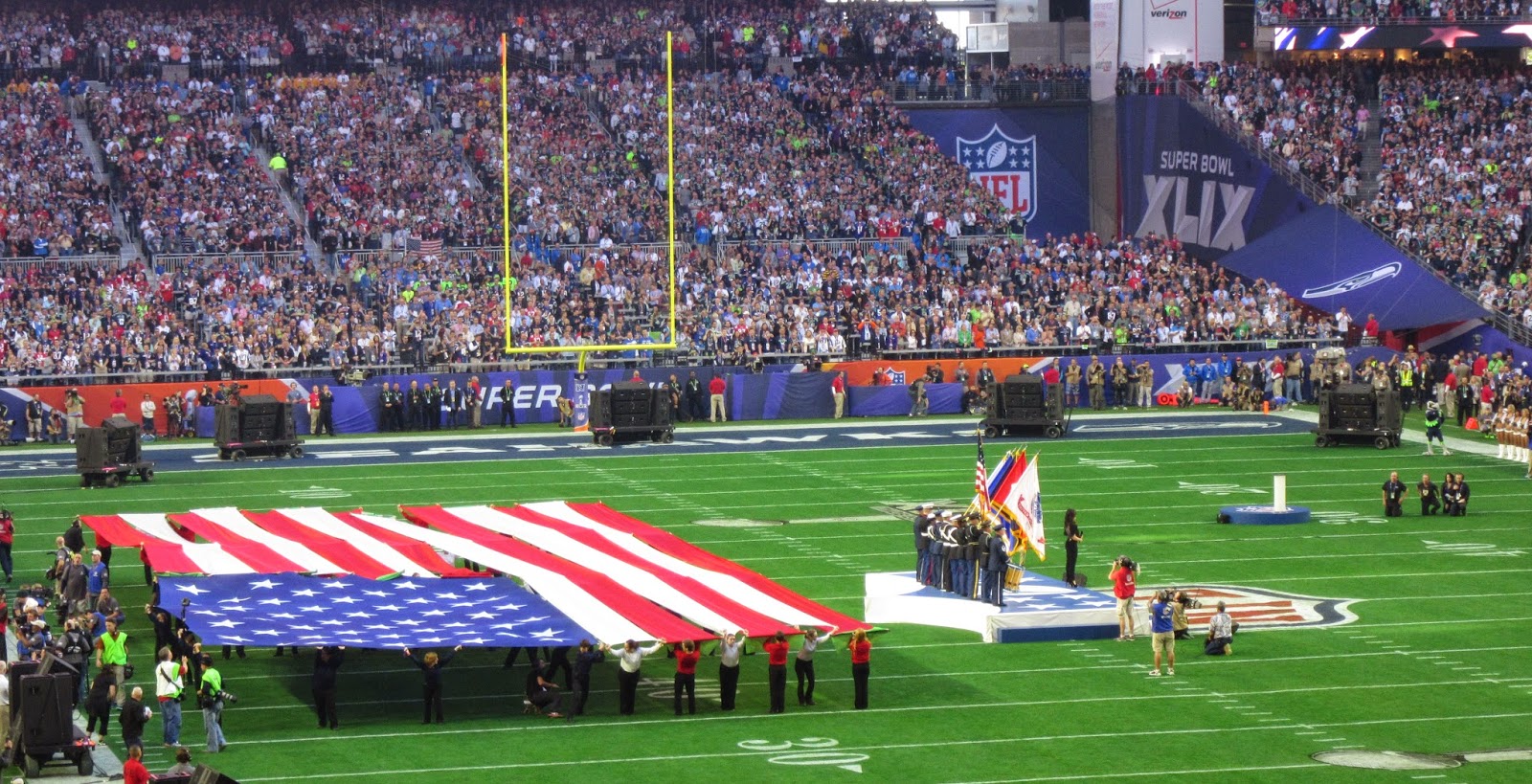 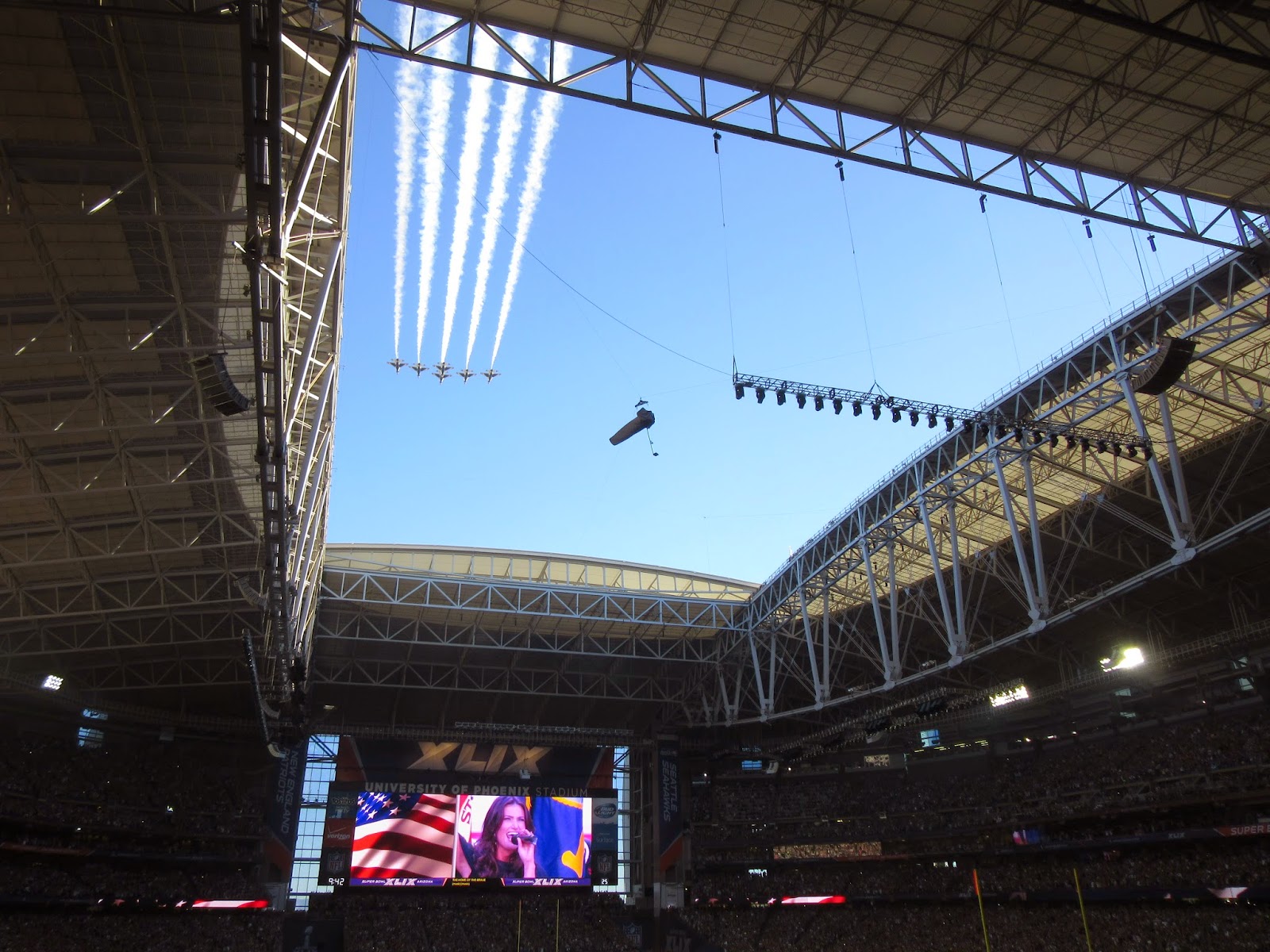 The coin toss lead us into a back and forth battle.  At least for awhile.  It was close and exciting going into halftime. 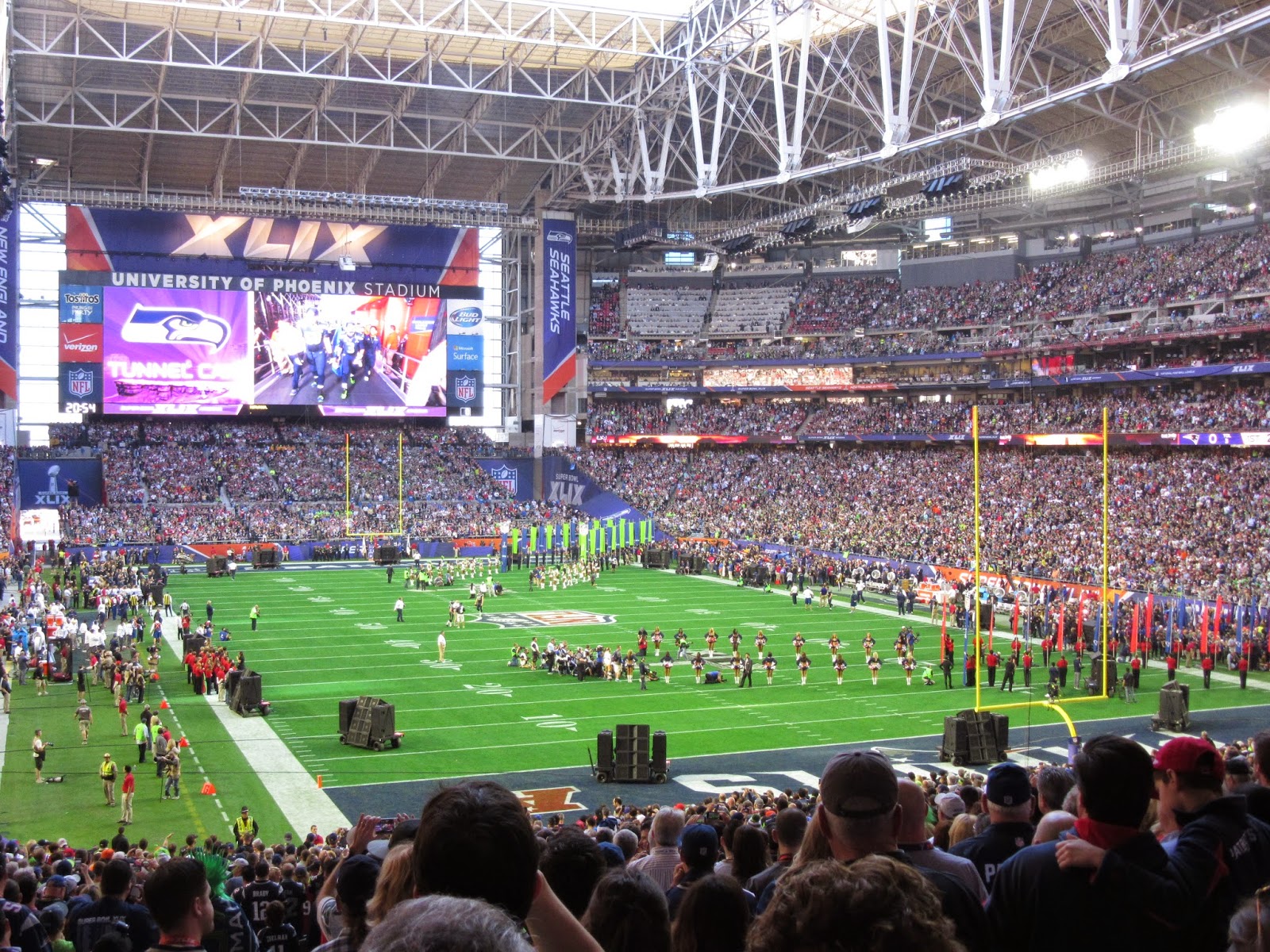 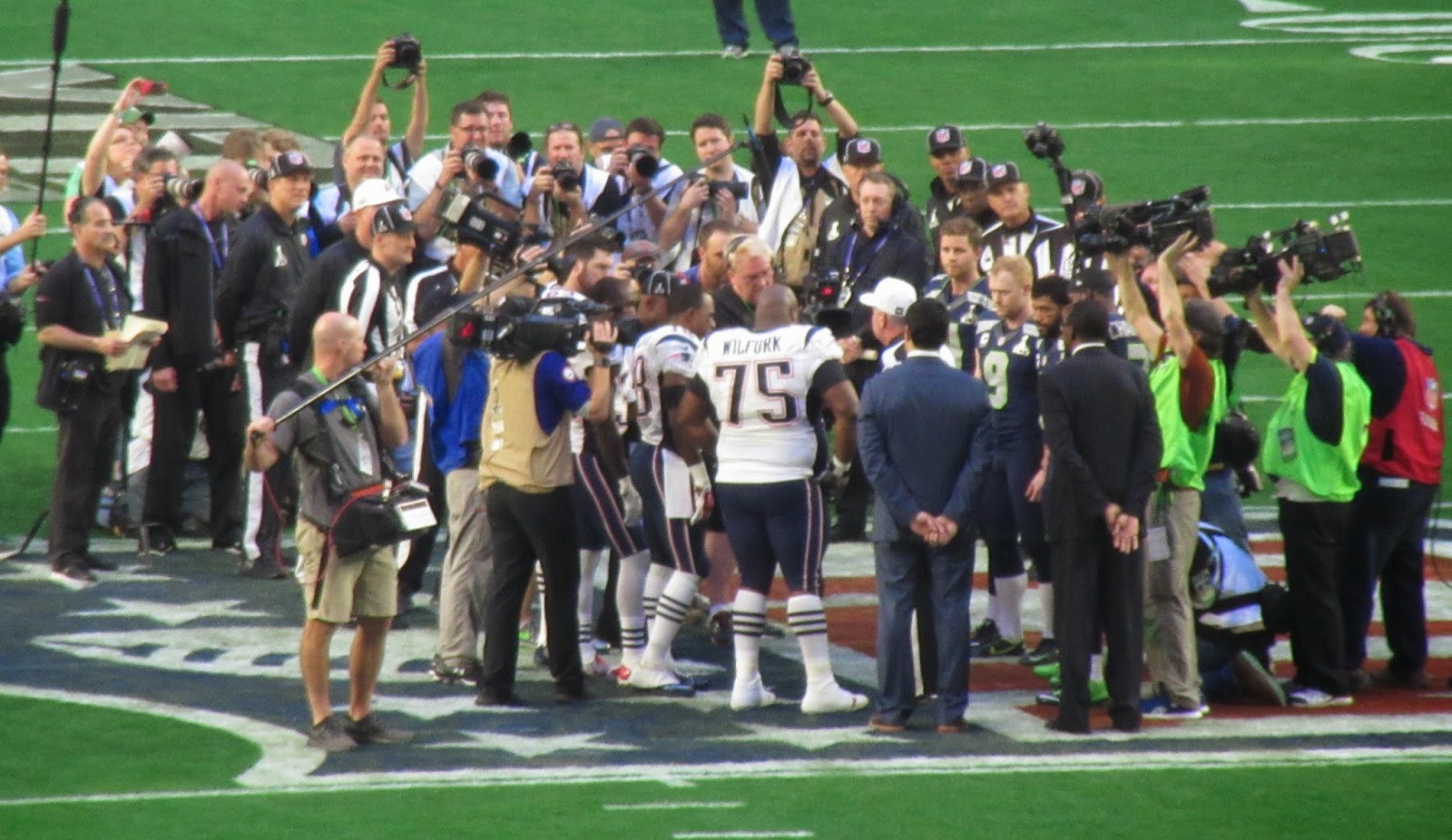 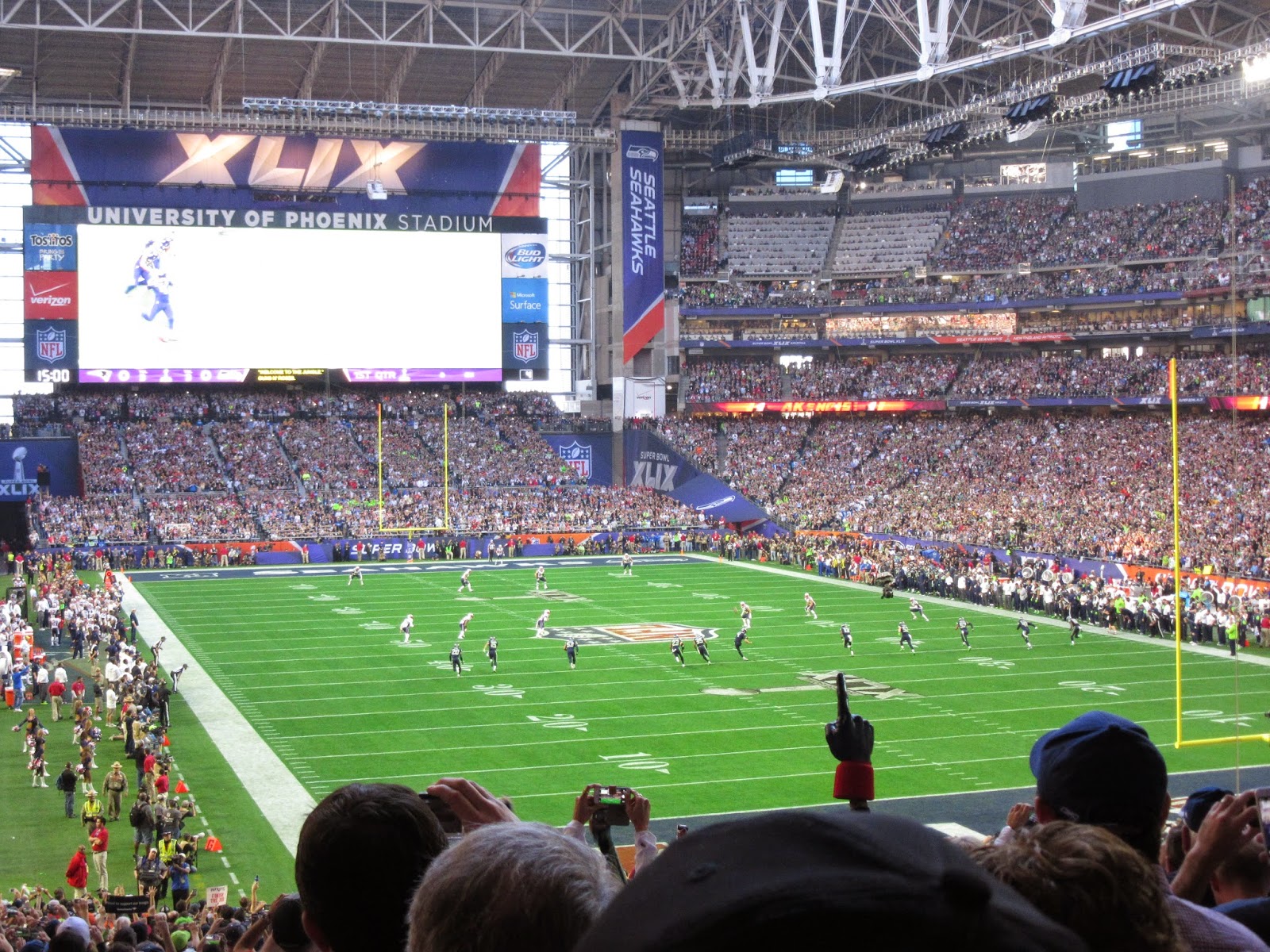 In the third quarter, the lead and momentum shifted to the Seahawks.  It was wild.  Fans were so excited!  Things seemed to be clicking on all cylinders. 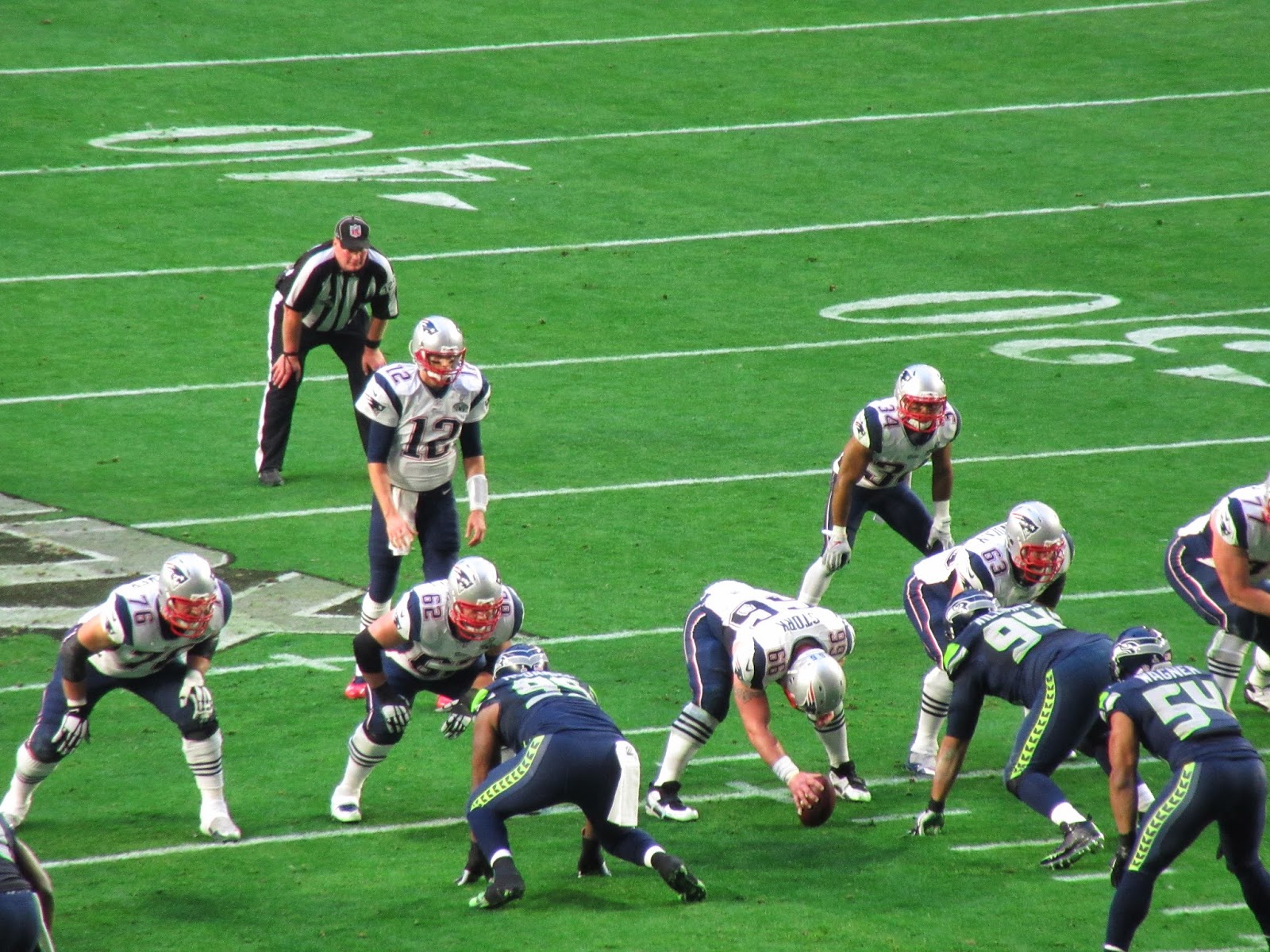 And then they lost control in the fourth quarter.  It all seemed to happen so quickly even though I did take a trip to the stadium gift shop then.  I promise I was following the game the whole time I was away.  The tide had certainly turned. 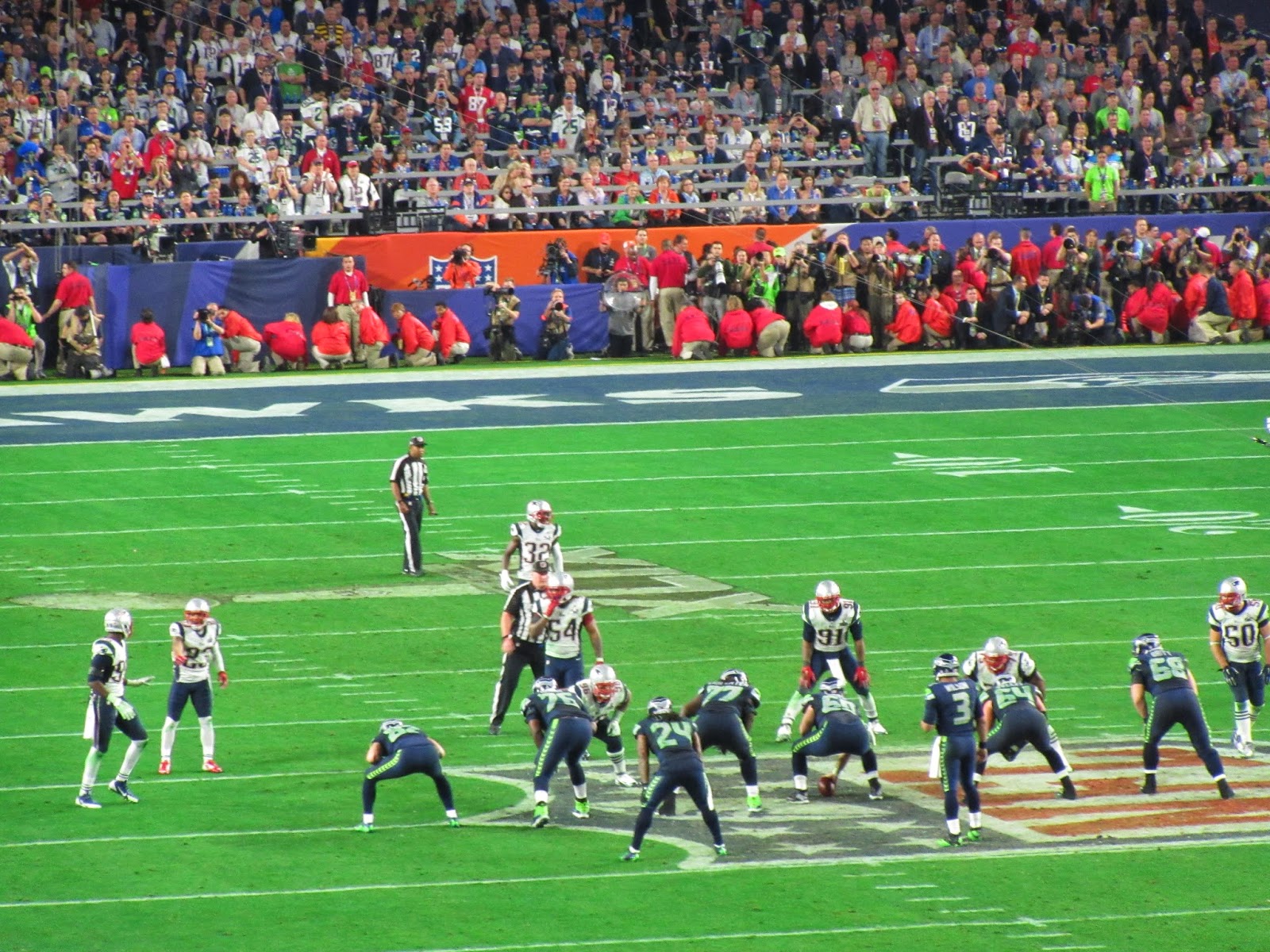 And then there was one play left to make.  One more run and the Seahawks repeat.  Interception!?!  What, no?!?  Is this for real?? How did that happen??  Wow!  What were they thinking? 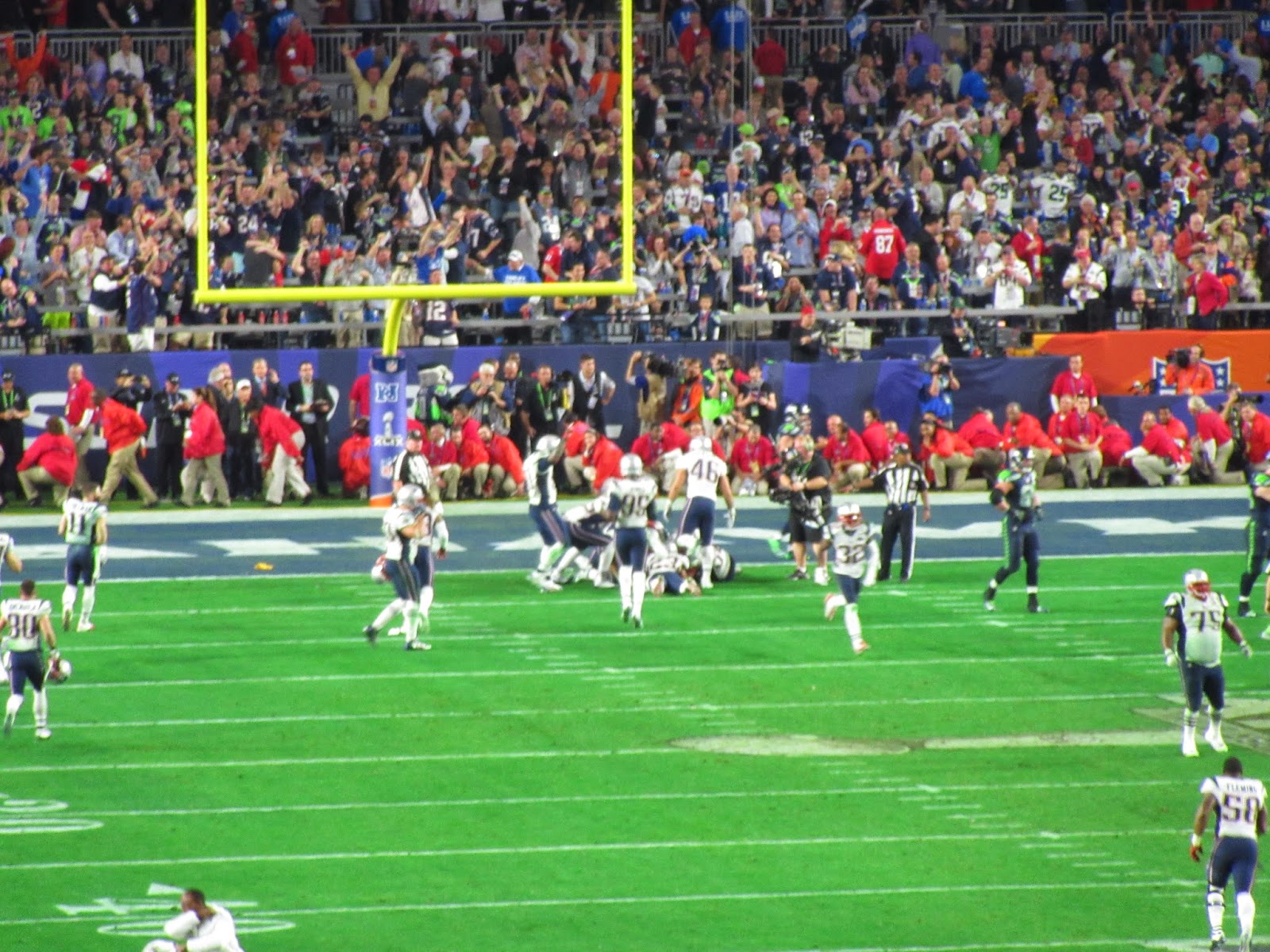 And as they say, the rest is history.... 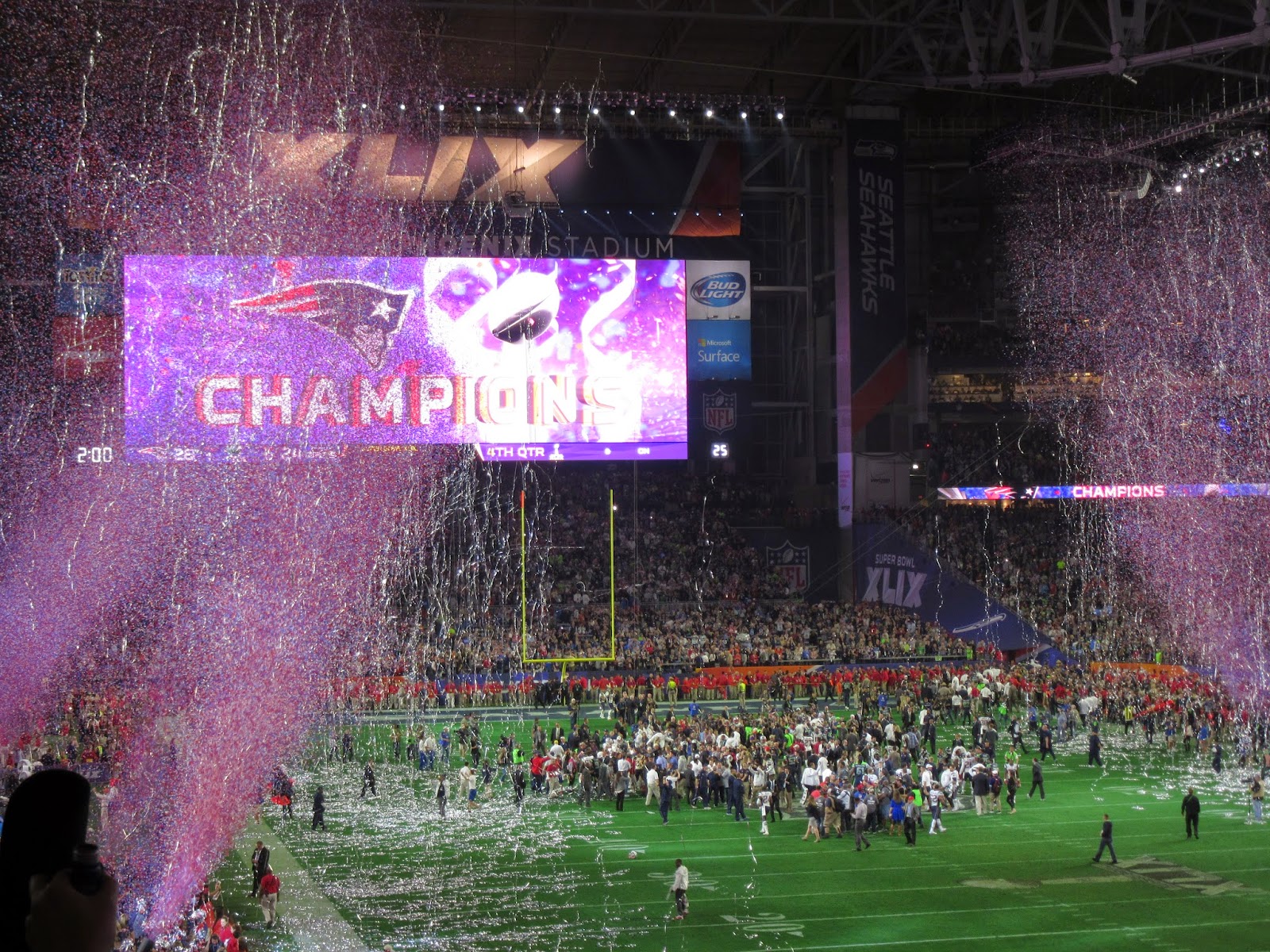 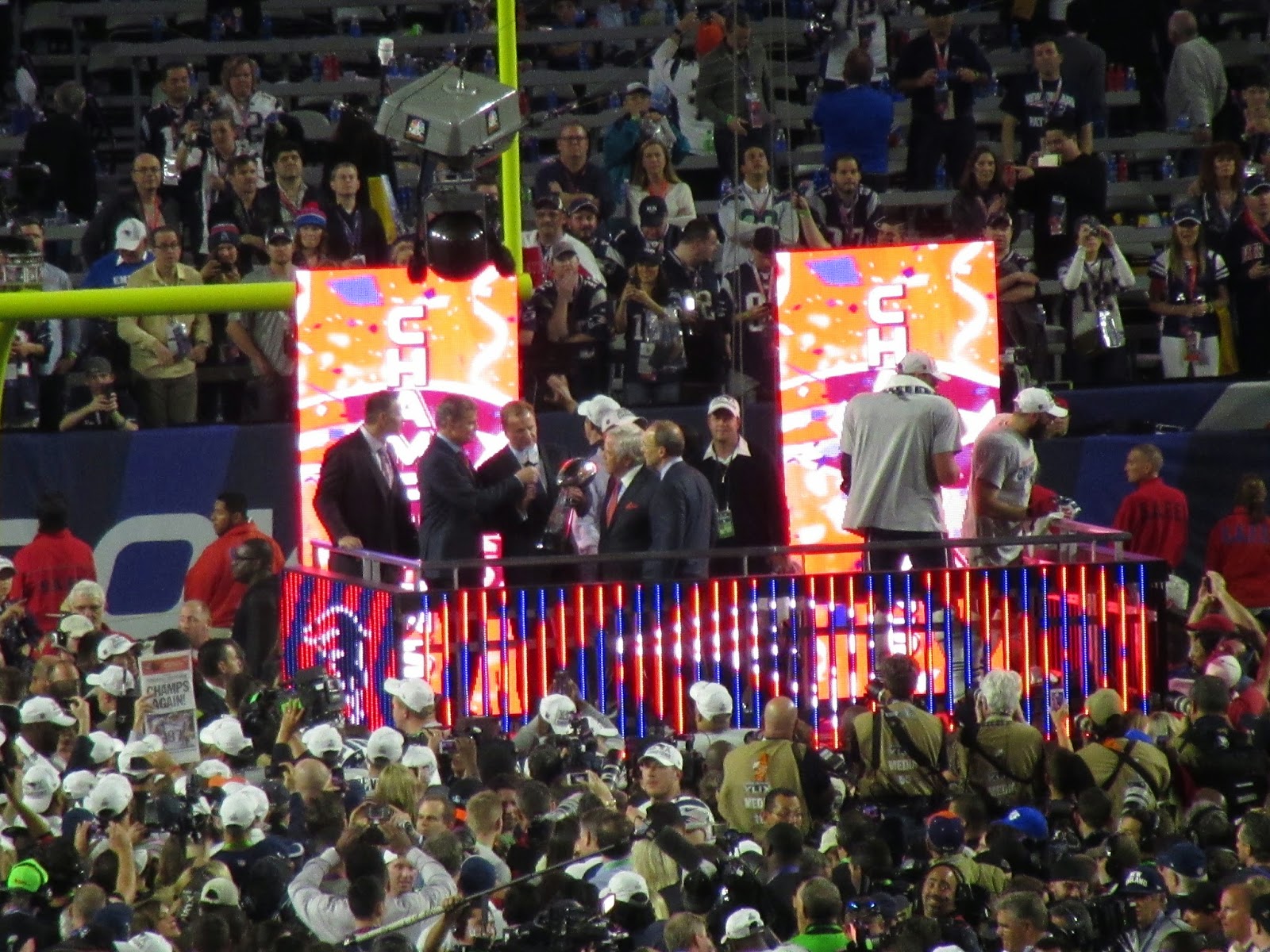