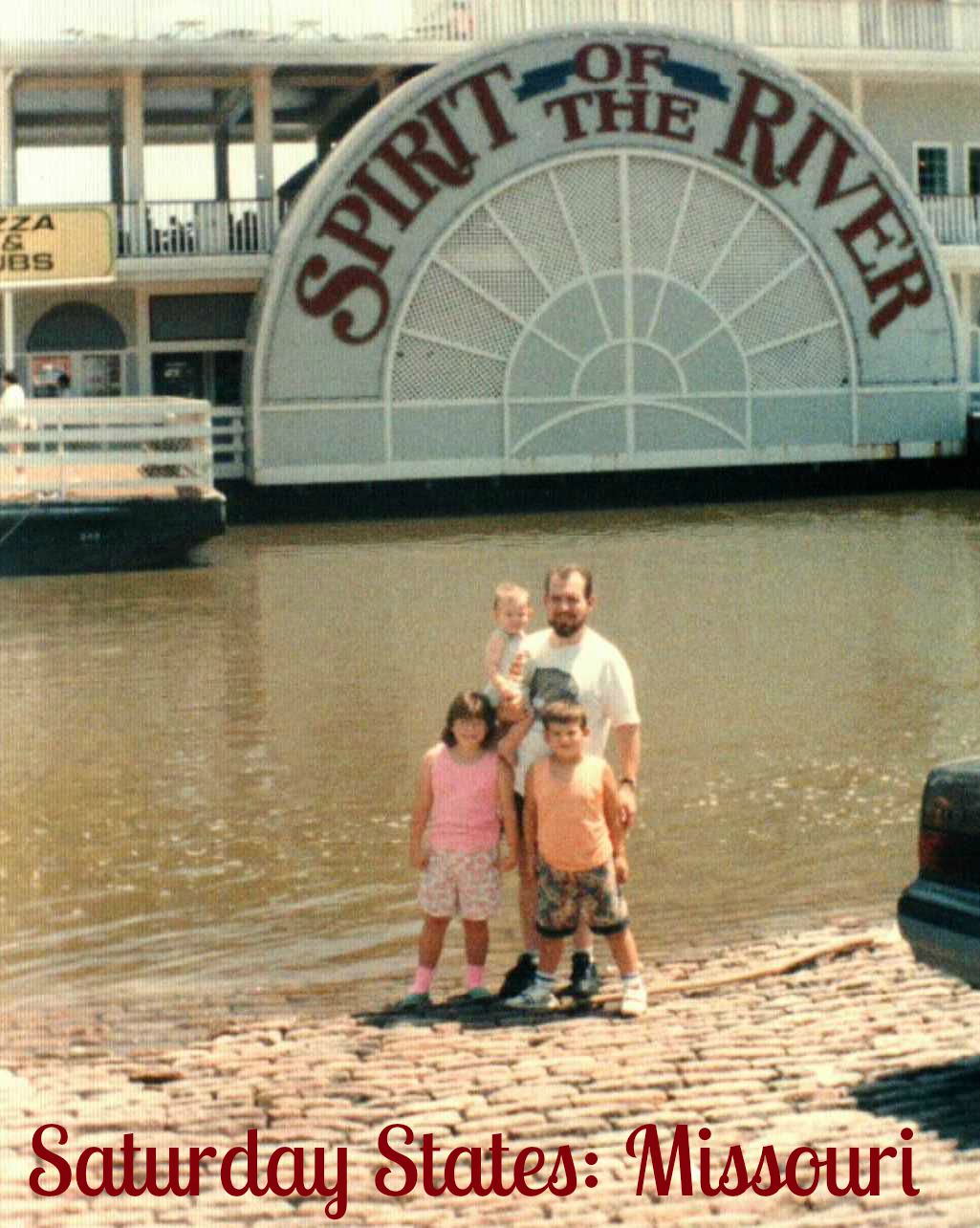 State Nickname: The Show Me State


Since Missouri boarders the western edge of Kentucky, it didn't take too long for our family to make the trip to St. Louis. We've been there several times throughout the years, but our first excursion as a family of five was in 1992.  We ate at the Spirit of the River (pictured above) and spent some time checking out the famous Gateway Arch.  McKinley likely doesn't remember our ride in the egg shaped elevator as we ascended to the top since he was not quite two when we made our visit.  And how hilarious are Jordan and I?  Definitely got a good laugh at the pictures of us with Dad.  We must have been super into taking photos since both of us are clutching our cameras in these two pics! 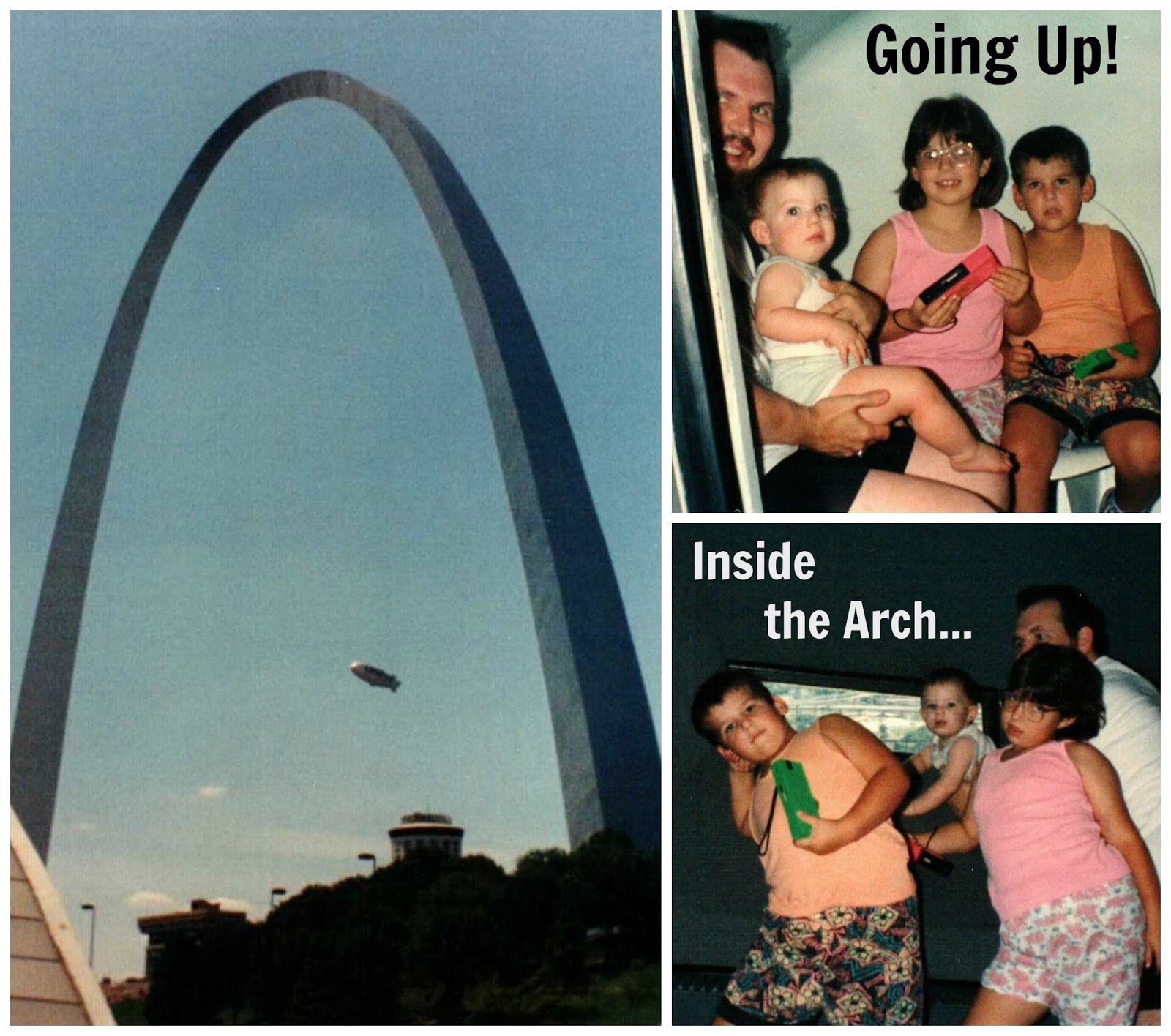 We also enjoyed watching the Cardinals play some baseball while we were in town.  Looks like we had the whole section to ourselves though I'm sure that wasn't the case!  I don't recall this particular game, but I remember going to other Cardinals games when I was a bit older.  I loved going down to the lowest barrier and having items signed and photos taken with players. 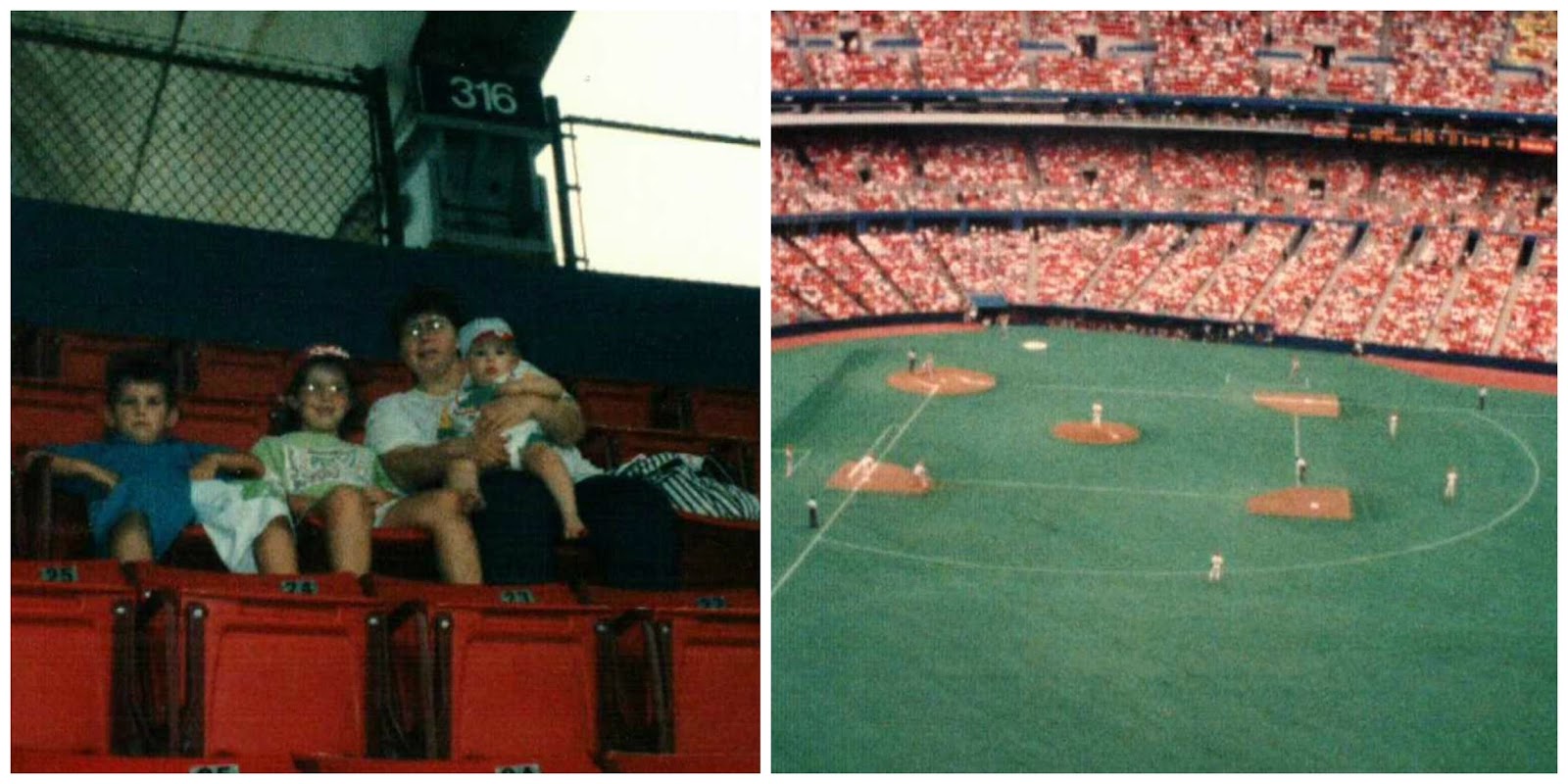 In 2003, we spent some time checking out Mark Twain's boyhood home in Hannibal.   This area inspired his writings about Tom Sawyer's many adventures. 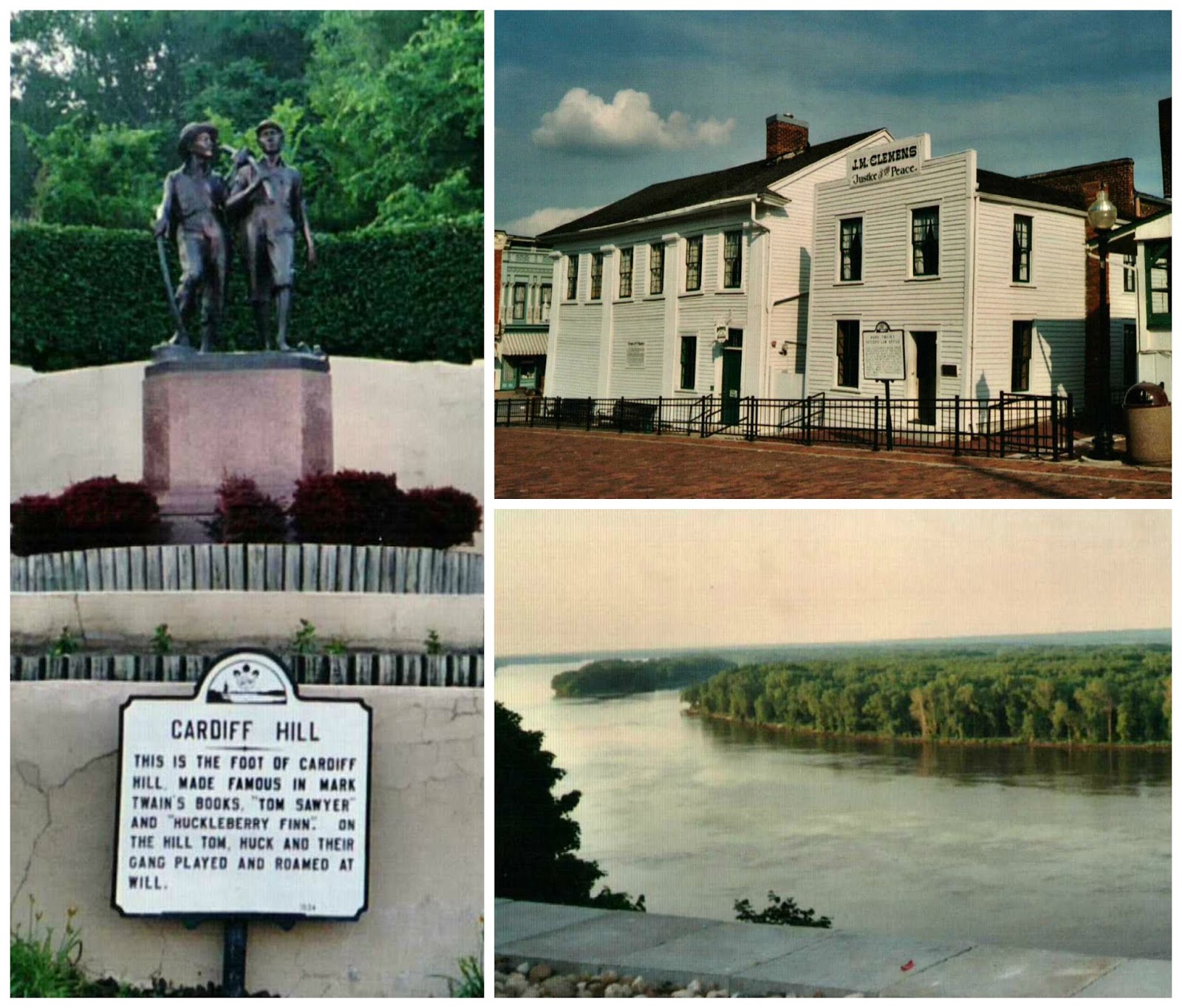 On our trip out West in 2006, we drove through Missouri stopping at the Truman House to check it out.  We saw some people geocaching there.  We hadn't ever heard of this before so we asked lots of questions!  If you are someone who geocaches, be sure to check it out!! 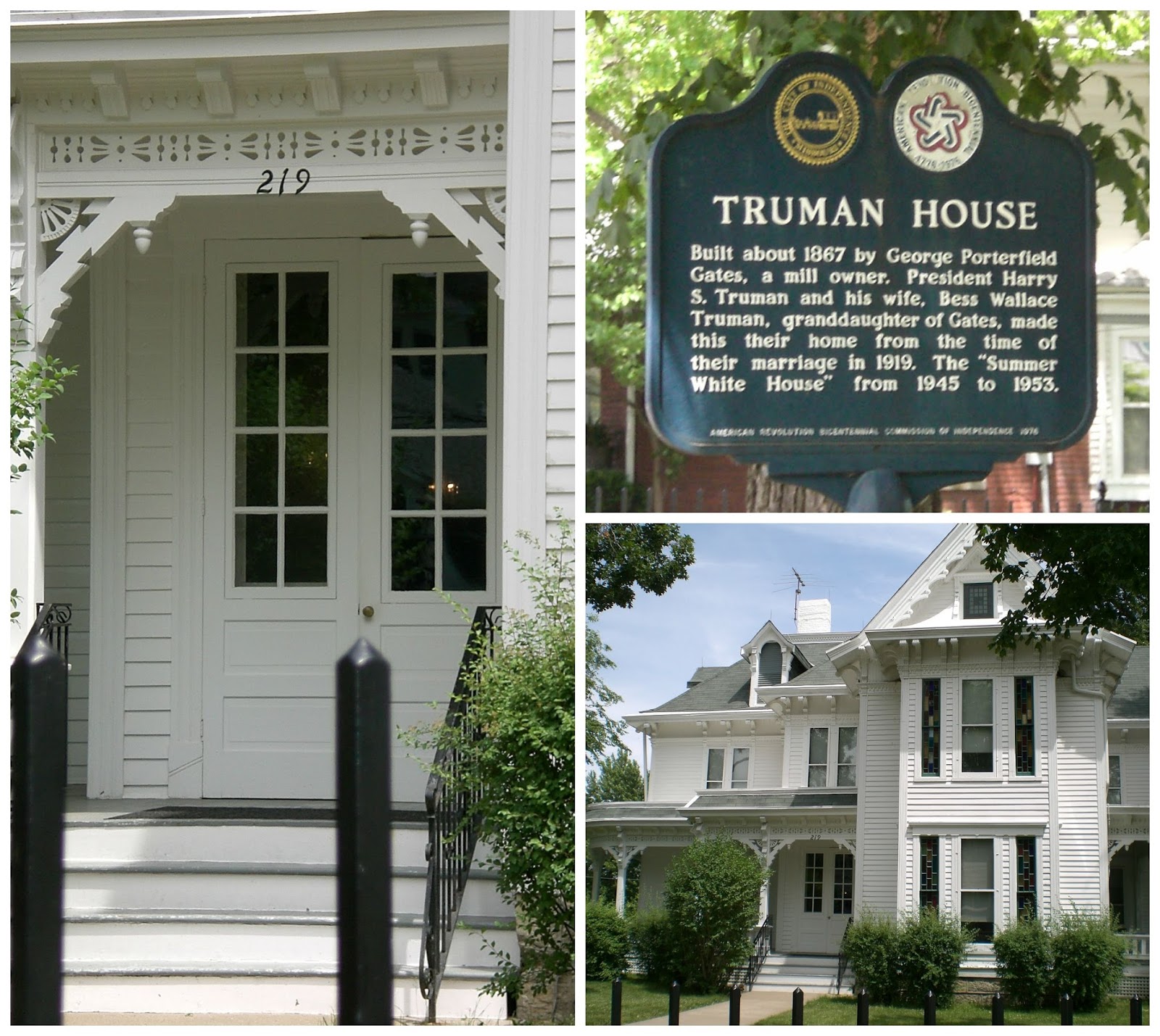 Have you ever been to Missouri?