On separate previous trips to LA, Chris and I had done some of the more touristy things so I suggested we hike to the Hollywood sign and visit Dolby Theater (home of the Oscars!) this time.  Chris was on board as long as we worked in some time for him to check out records at Amoeba! 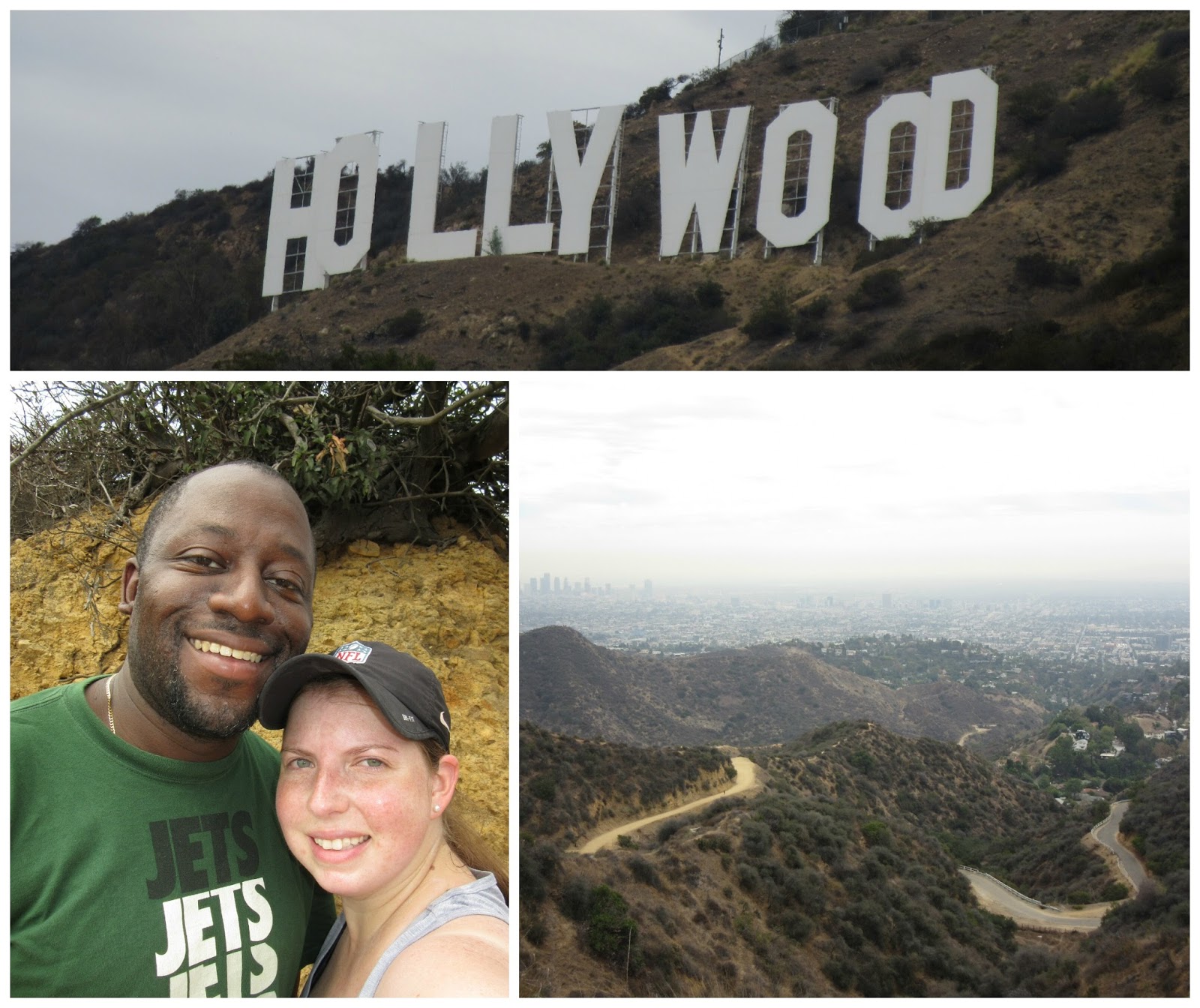 We attempted arriving at the base of the Hollywood sign early in the day, but it was probably around 11am before we actually began making our way up the massive (mostly) dirt trail incline.  Fortunately, the weather was a bit overcast and even sprinkled a little on the way up.  It took us what seemed like FOREVER to climb up to the top, but we finally made it!! 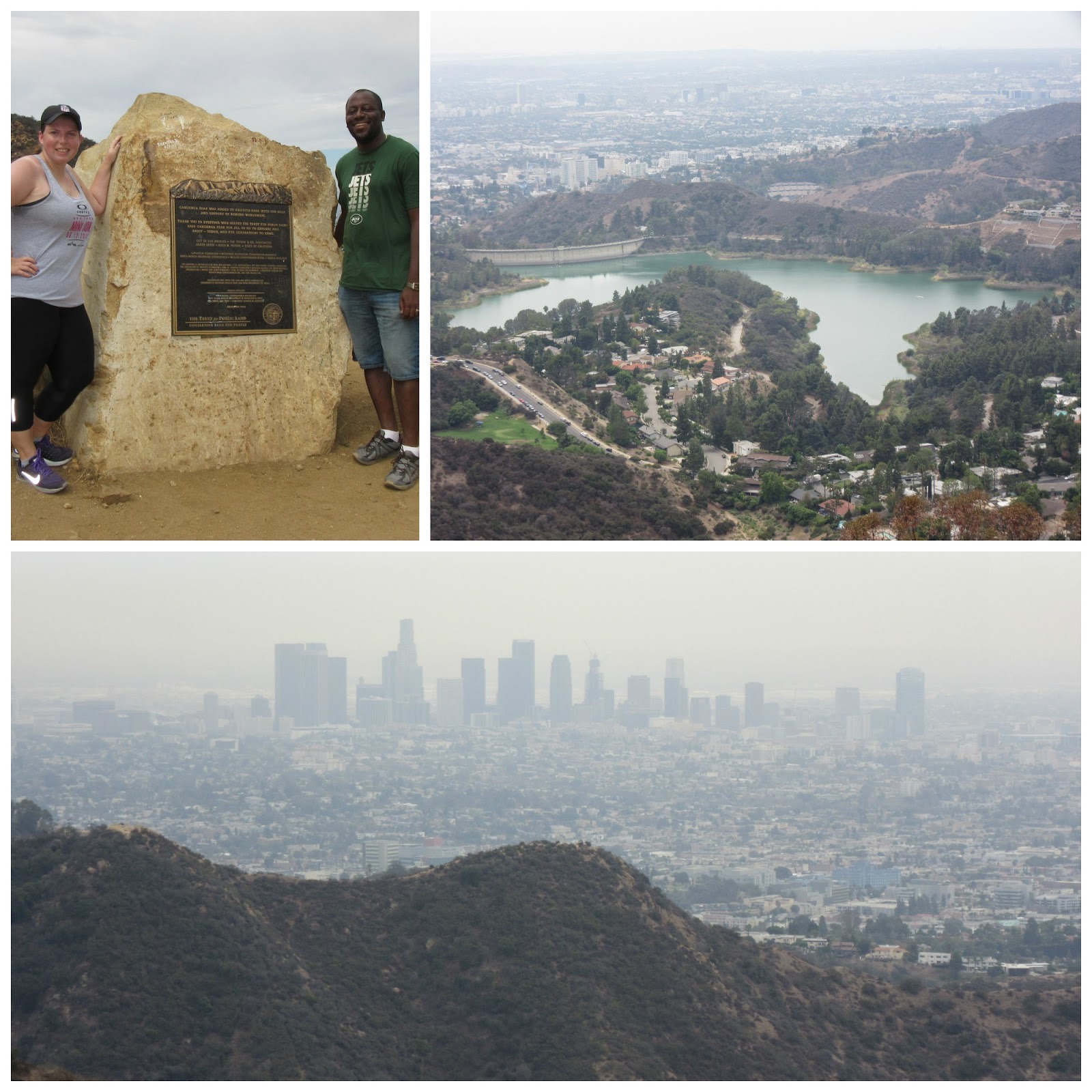 It was really awesome when we rounded that corner and saw the back of the Hollywood sign!  By the time we arrived at the top, the sun was shining bright!  We spent a few minutes taking photos and relishing in our accomplishment before we began the trek back down.  It was HOT as we descended.  So hot! 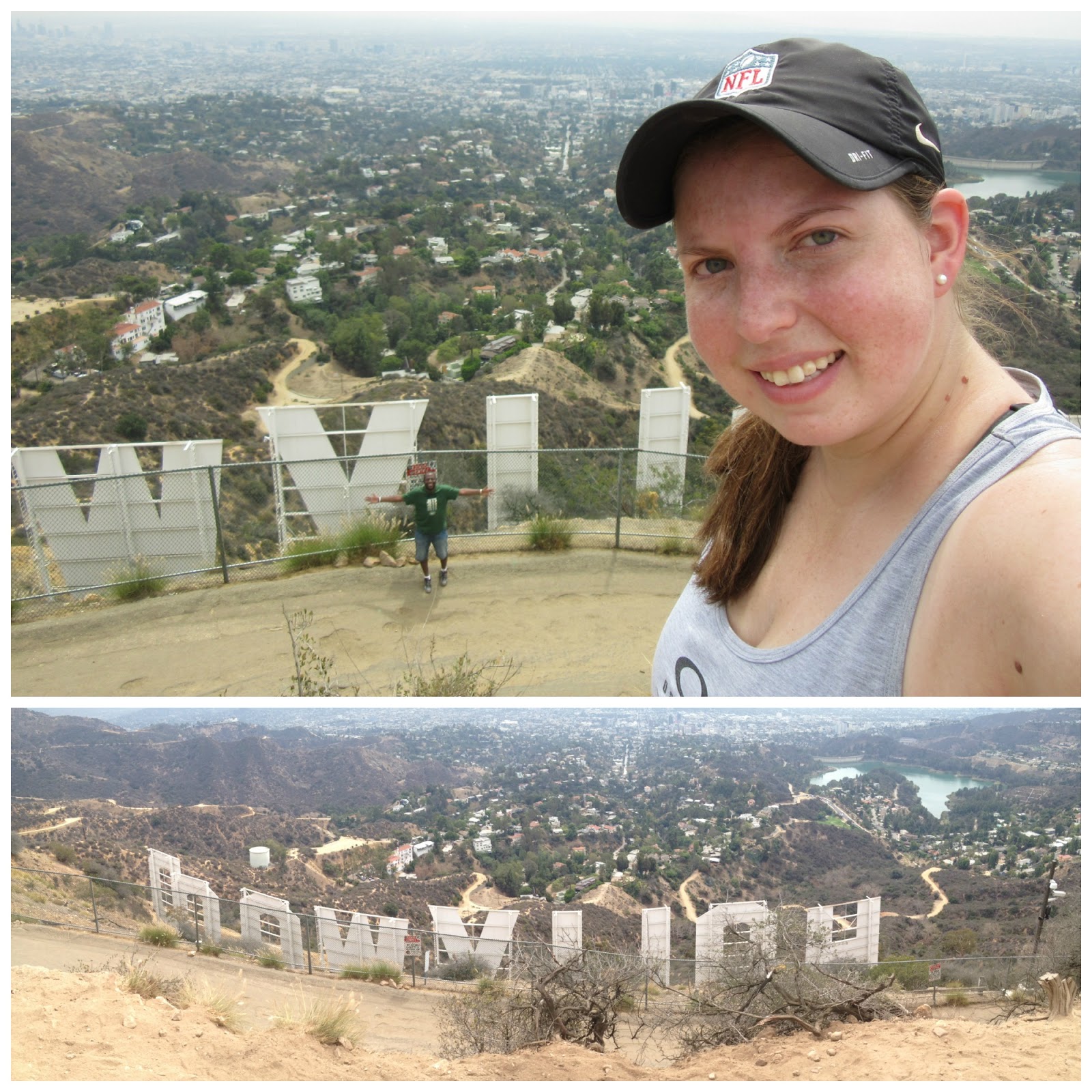 Sadly, our timing didn't allow for a trip to the hotel for a quick shower and change of clothes so we continued on to Amoeba Records in our sweating garb.  No one really seemed to notice though!

We finished up our time in Hollywood by doling out $20 each for tickets to tour the Dolby Theater - home of the Oscars!!  I was really excited to check this out since I'm an all things Oscars fiend.  I really regretted not having on more appropriate apparel since there were several fun photo ops!  I guess there's always next time, right? :) 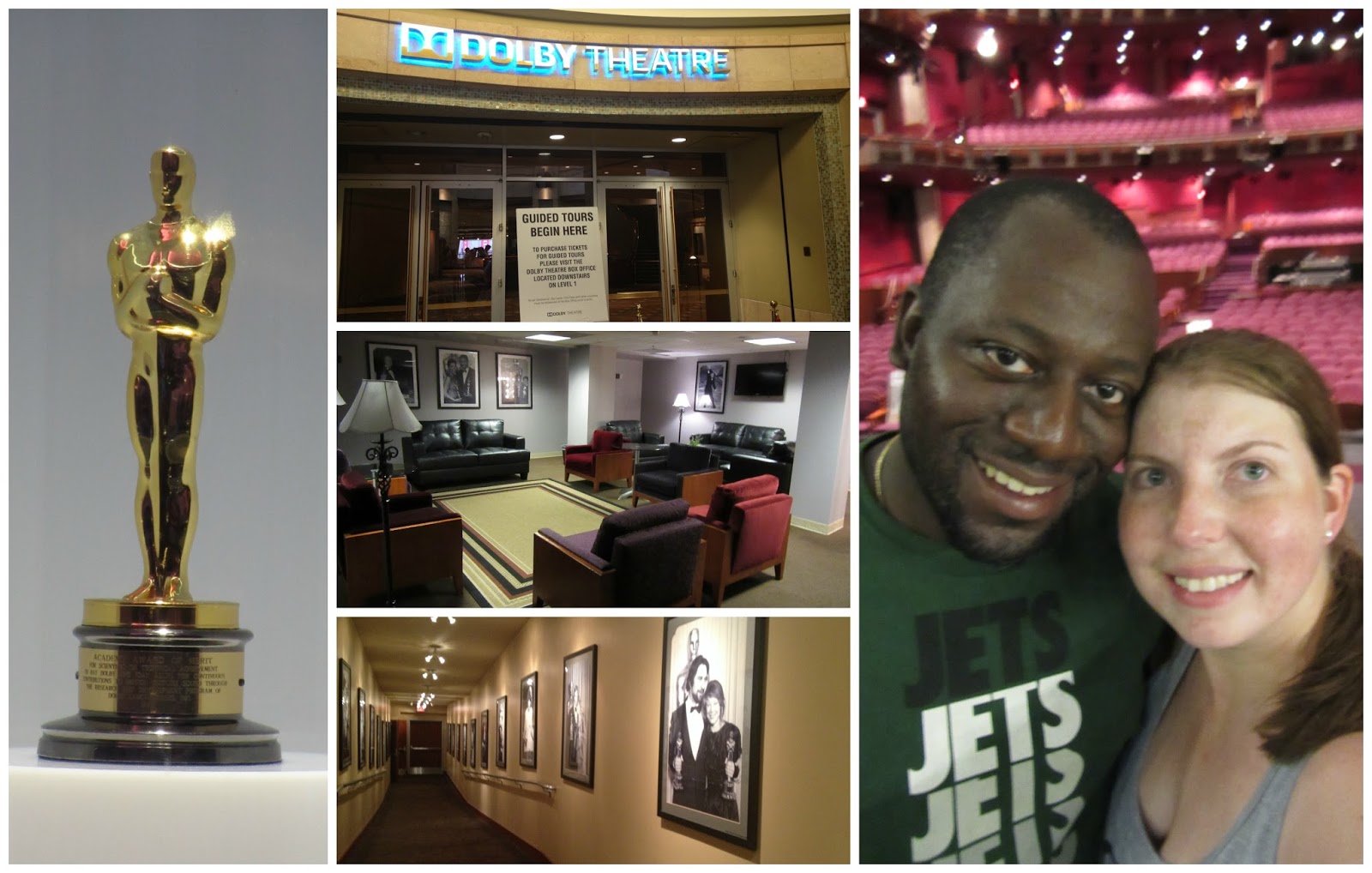 We met some of Chris' friends for dinner and ice cream out in Manhattan Beach as a perfect end to a busy day in the Los Angeles area.

Have you ever spent time in Hollywood?  What did you most enjoy?