I finished the race!  The tech shirt is great!  The medal is massive! 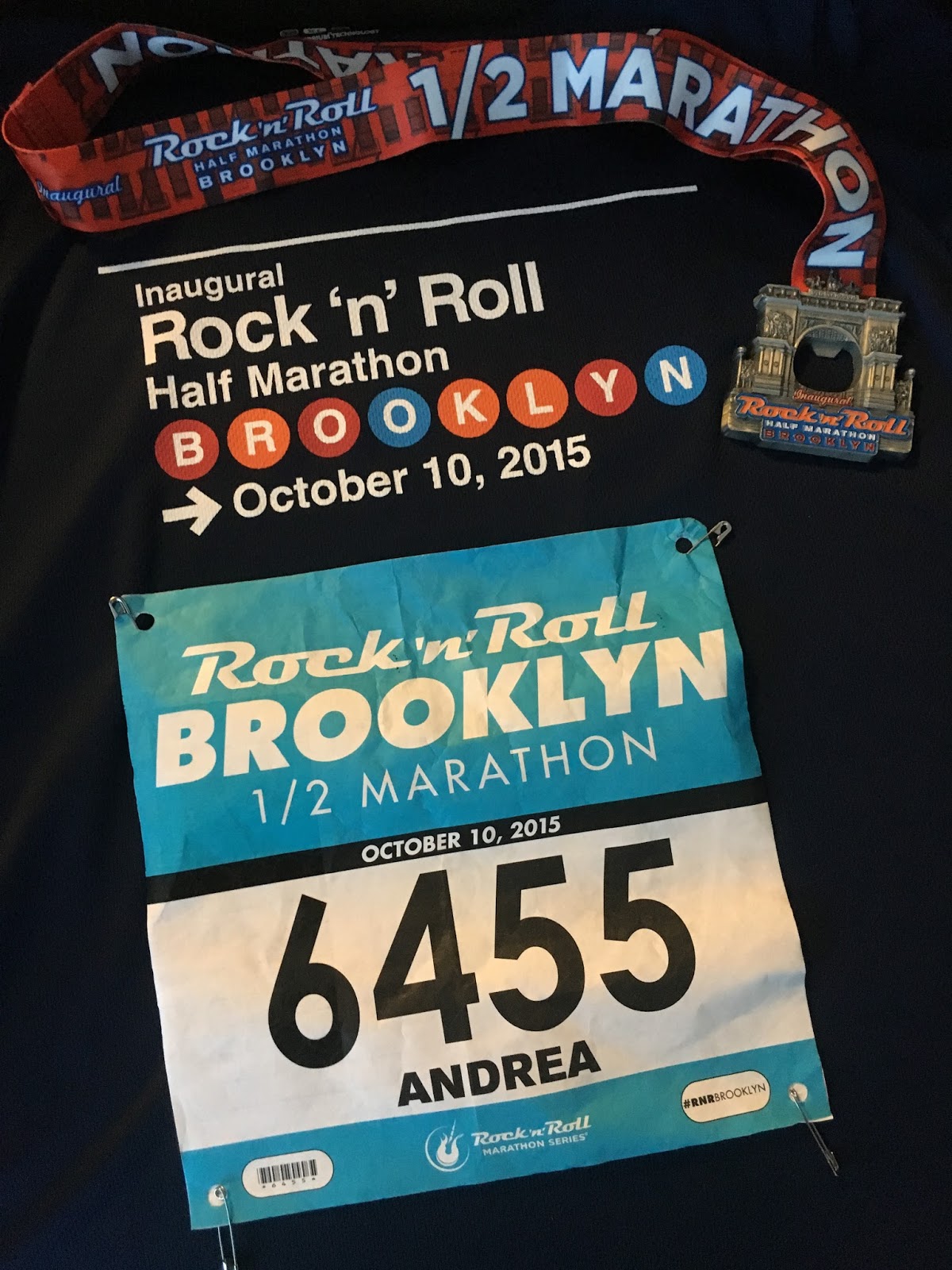 That is the extent of my positive feelings toward the extremely disorganized inaugural Rock 'n' Roll Brooklyn Half.  The communication from sign-up to race day was non-existent.  No email reminder the week of the race to outline expo details for packet pick-up.  No easy to navigate packet pick-up for that matter.  And...nearly an hour delay at the start line on race day. 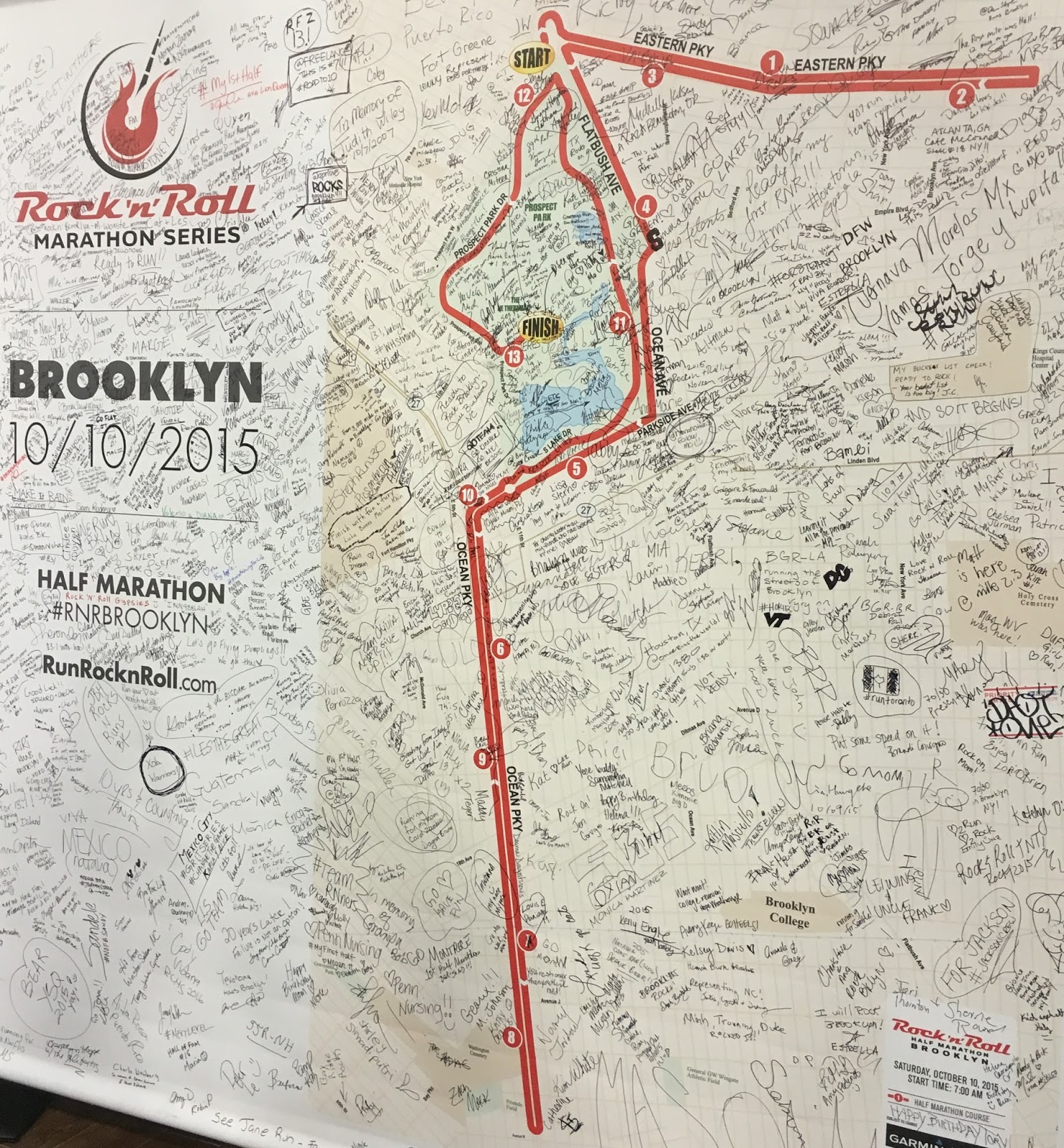 But let me back up two days.  It's Thursday.  The race has a 7am start time on Saturday morning.  I go for one last short 5 mile run to give me some confidence headed into race day.  And, I trip...and fall - hard!  It hurt.  Really hurt.  Being a mile away from my apartment, I had no other choice but to run/walk home.  So I did.  And then I cried.

Chris helped me get the gash on my arm cleaned out and doctored up.  I alternated between ice and compression for my badly bruised knee.  It was not a good look a mere 36 hours to the start line.  Not to mention that this half was only on my schedule as a training run for the NYC Marathon...only three weeks away at that point in time.

The night before the race my knee felt better.  Not great, but better.  I felt like I could move forward with the race.  I would have to alternate between running and walking more than I originally planned, but I could make it.  I would be ok.  I set the alarm for 5am and went to sleep. 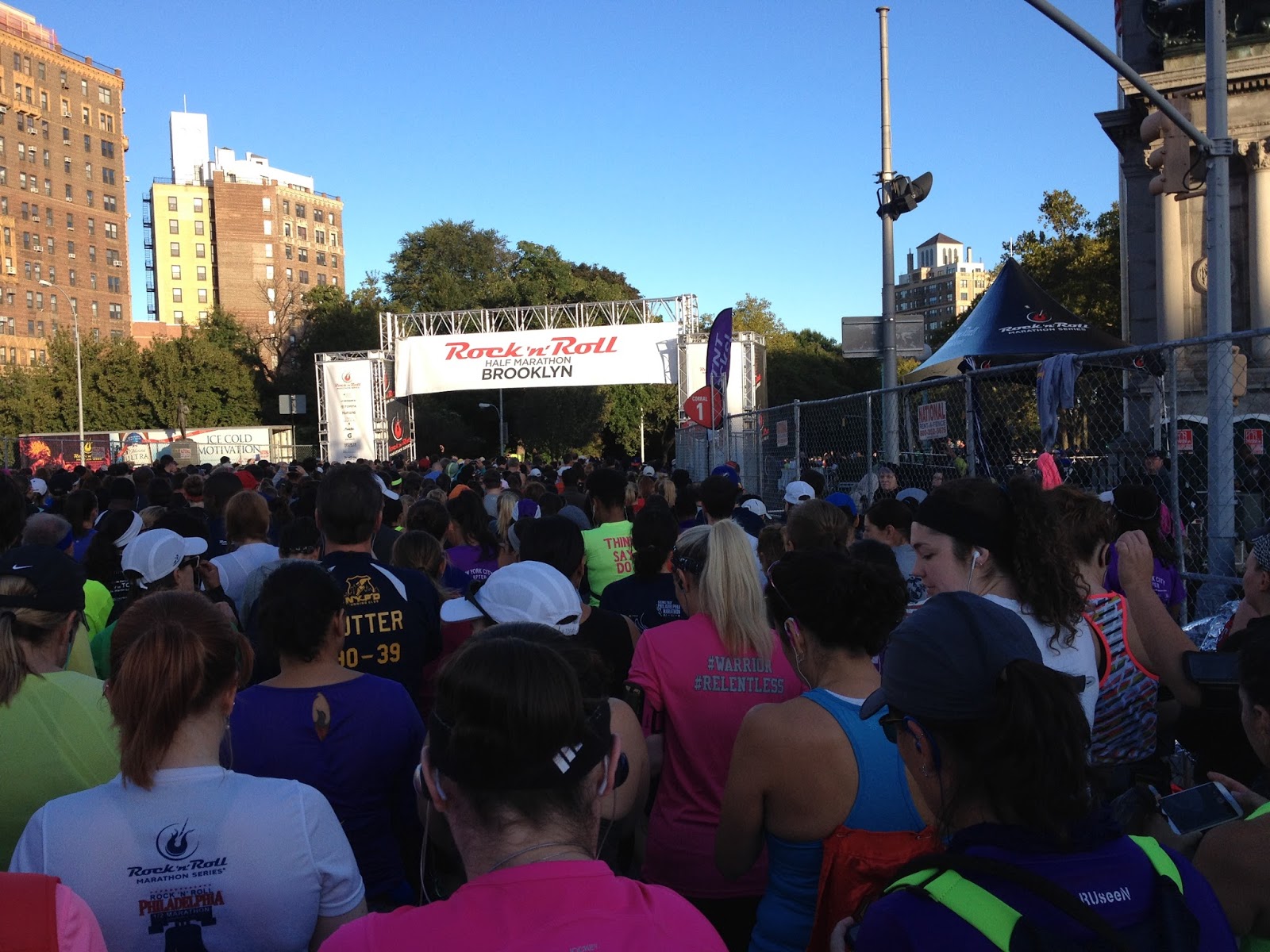 As usual, everything took me longer than expected when I woke.  It didn't help that I wanted to ice one last time before I headed out.  I arrived at the start line about 15 minutes after 7am.  Guess it worked to my advantage that my corral didn't officially begin the race until a few minutes shy of 8am.  Fortunately, I found my friend, Rachel, in the crowd of people! 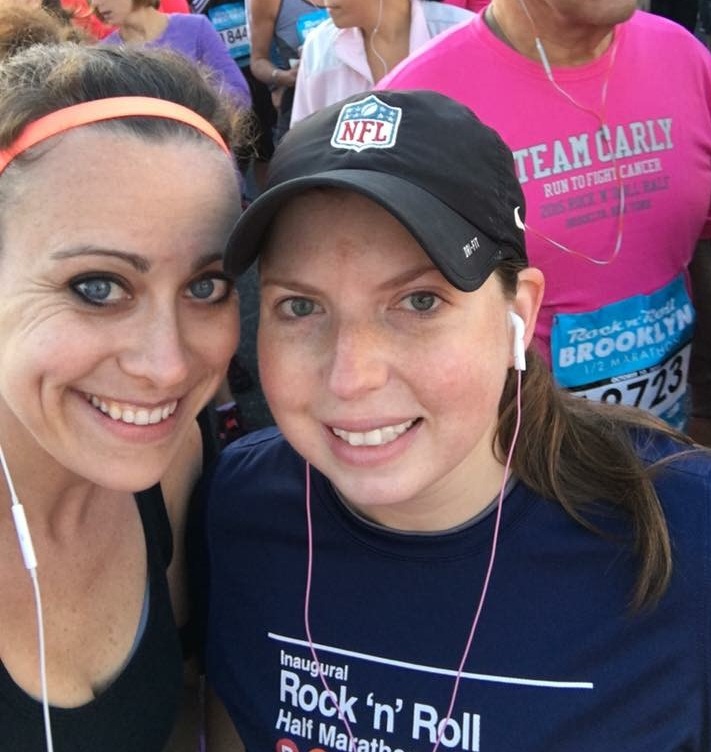 The race itself was a challenge for me.  I'd like to think it wouldn't have been so trying if I hadn't somewhat injured myself, but in all honesty it likely would have still been tough.  This round of marathon training has taught me that long distance races are simply not in my future.  It's too difficult on my body and time at this point in life.  That's a story for another day though. 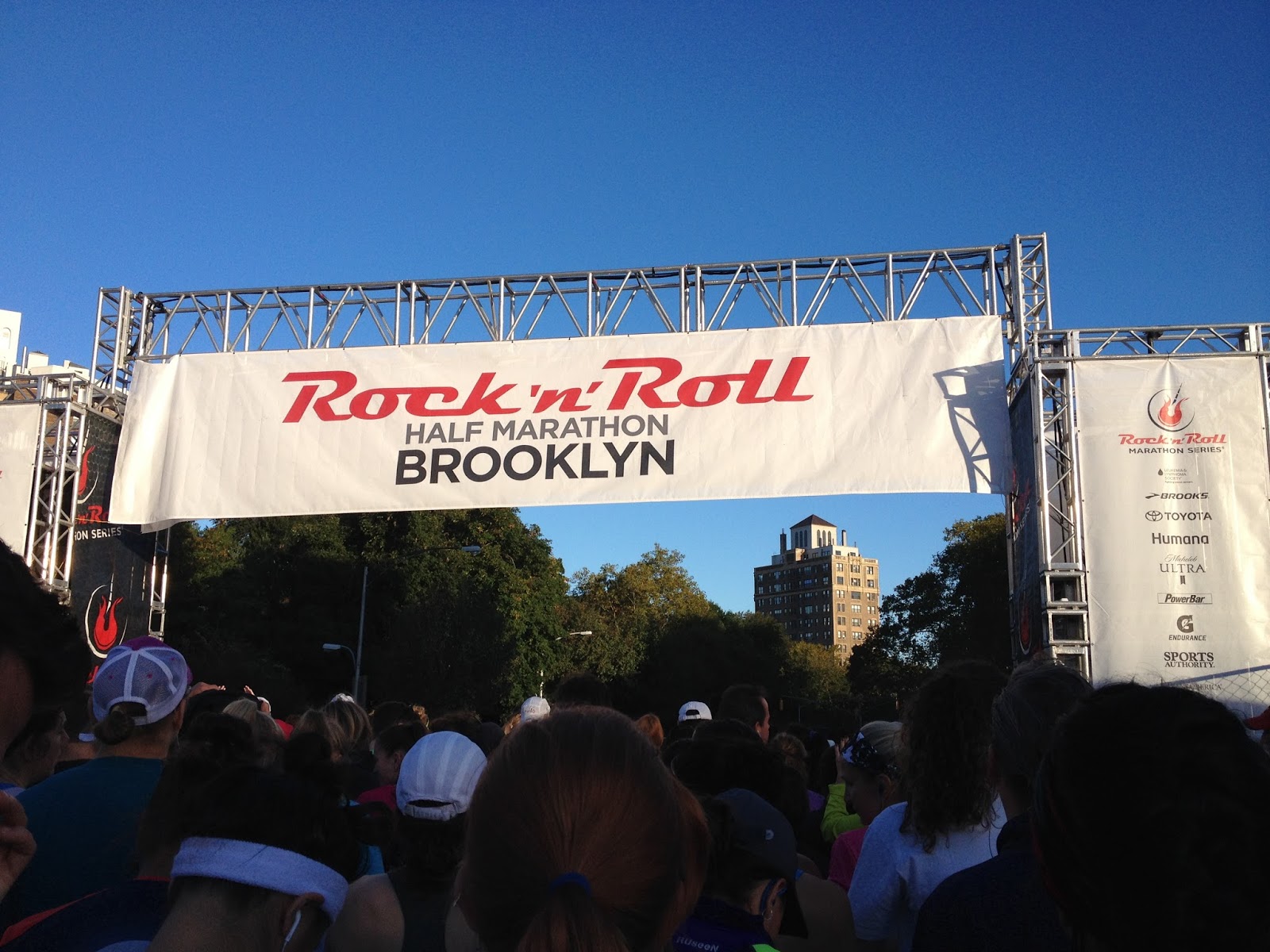 I managed to keep a pretty consistent pace throughout the race.  I anticipated being around 13:30 per mile, but instead I clocked an average of 14 minute miles for a final time of 3:03:27.  It was certainly my slowest half marathon, but I felt proud that I pushed through and finished the race.  I felt EVERY single step of this one.  It was not easy by any stretch of the imagination.  Perseverance was the name of the game for me in this race.  I'm happy I stuck with it even though I felt like giving up more than once along the way. 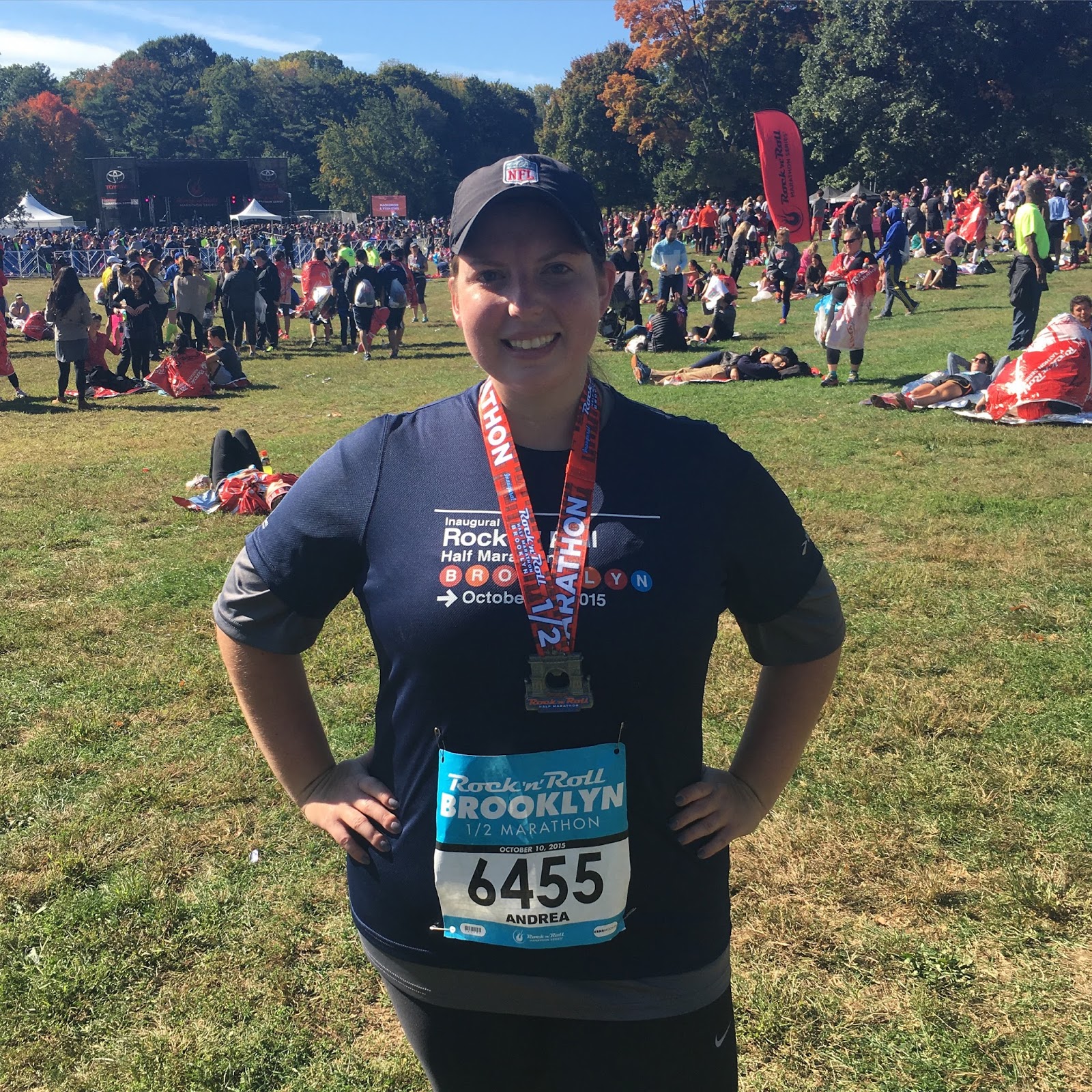 I'm not sure if I will ever challenge myself with this distance again, but it certainly won't be any time soon.  Except, of course, when I double it next weekend for my second NYC Marathon.  But seriously, then I'm all about that 10k course for the foreseeable future!