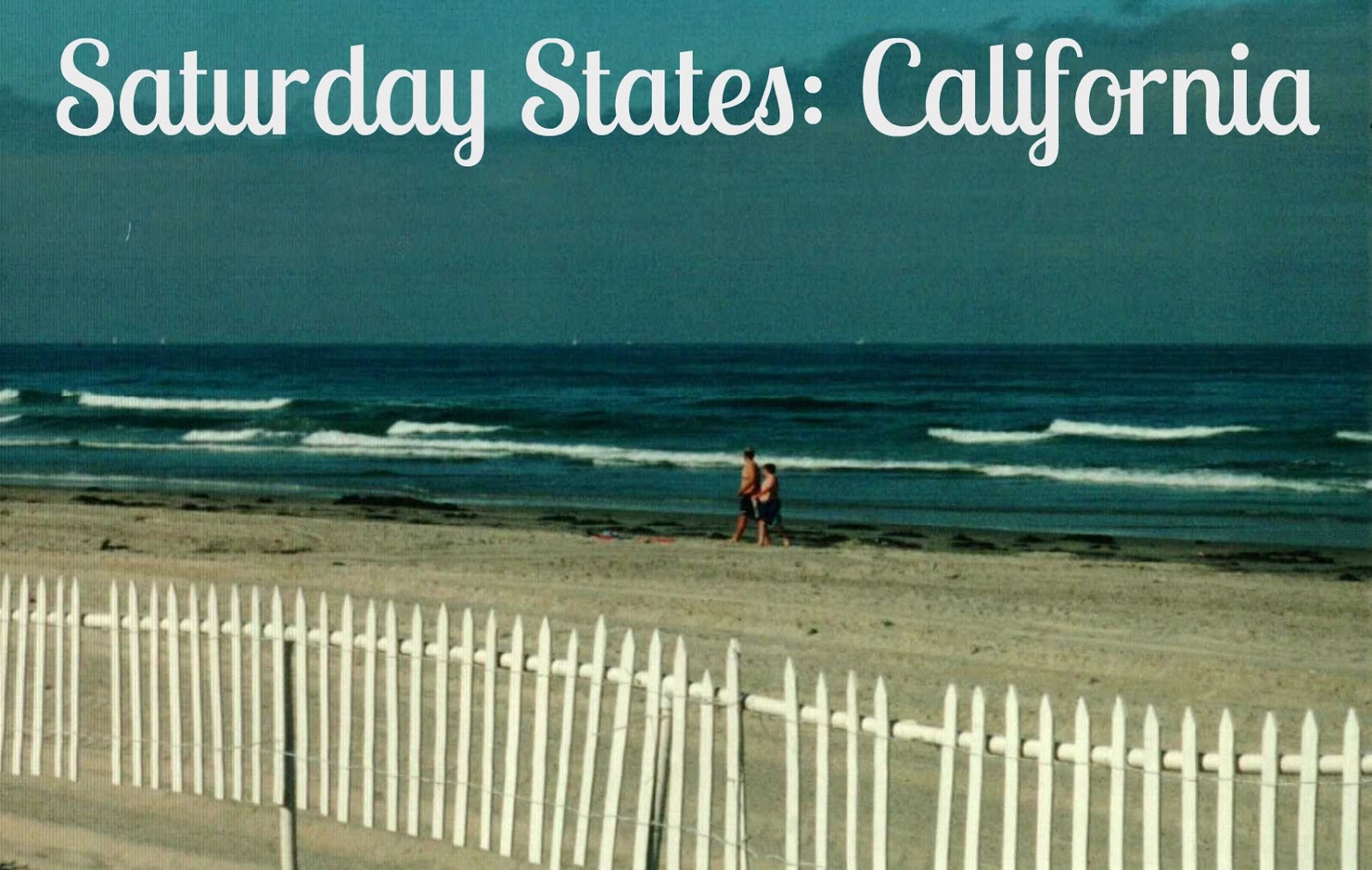 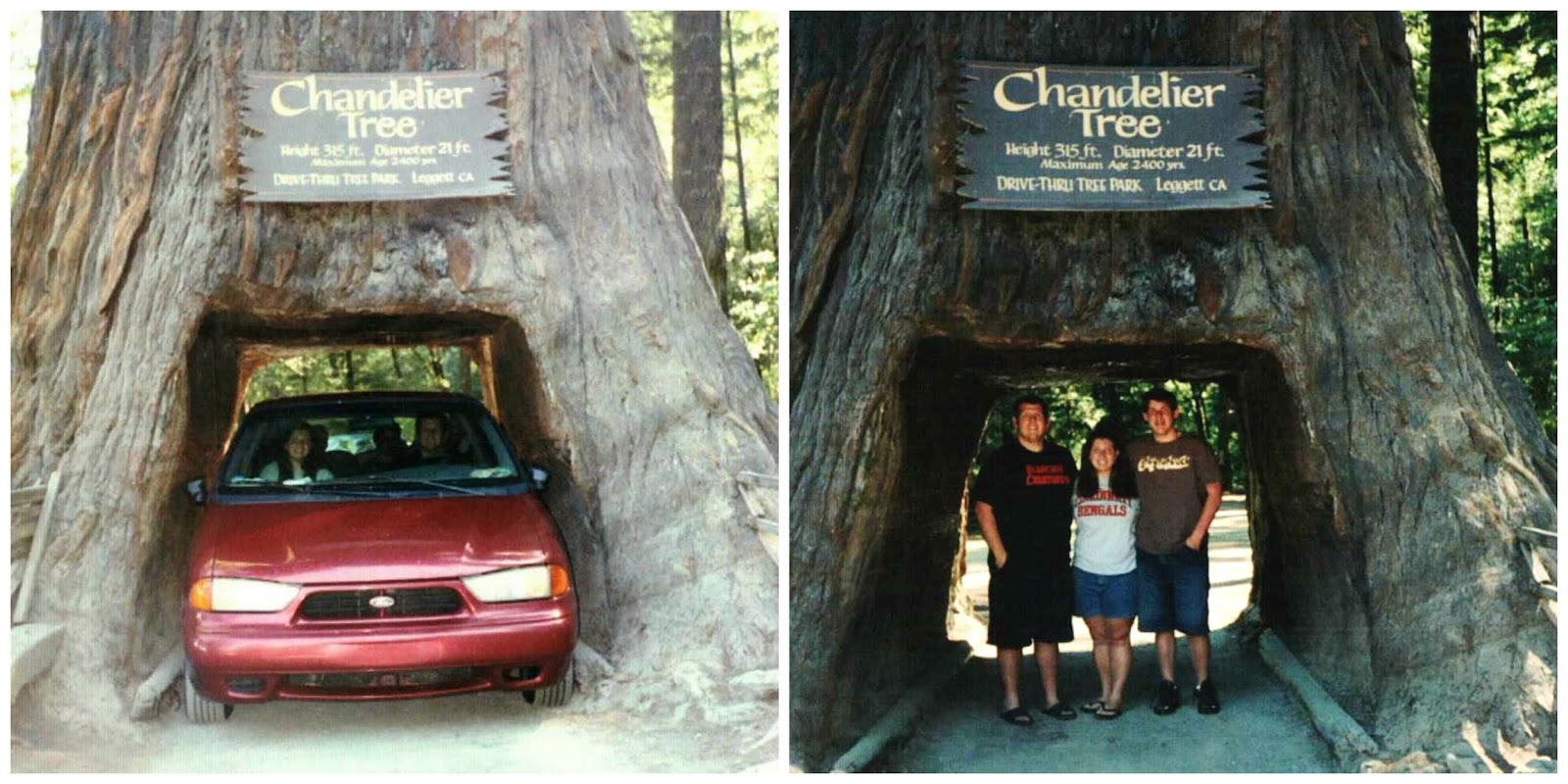 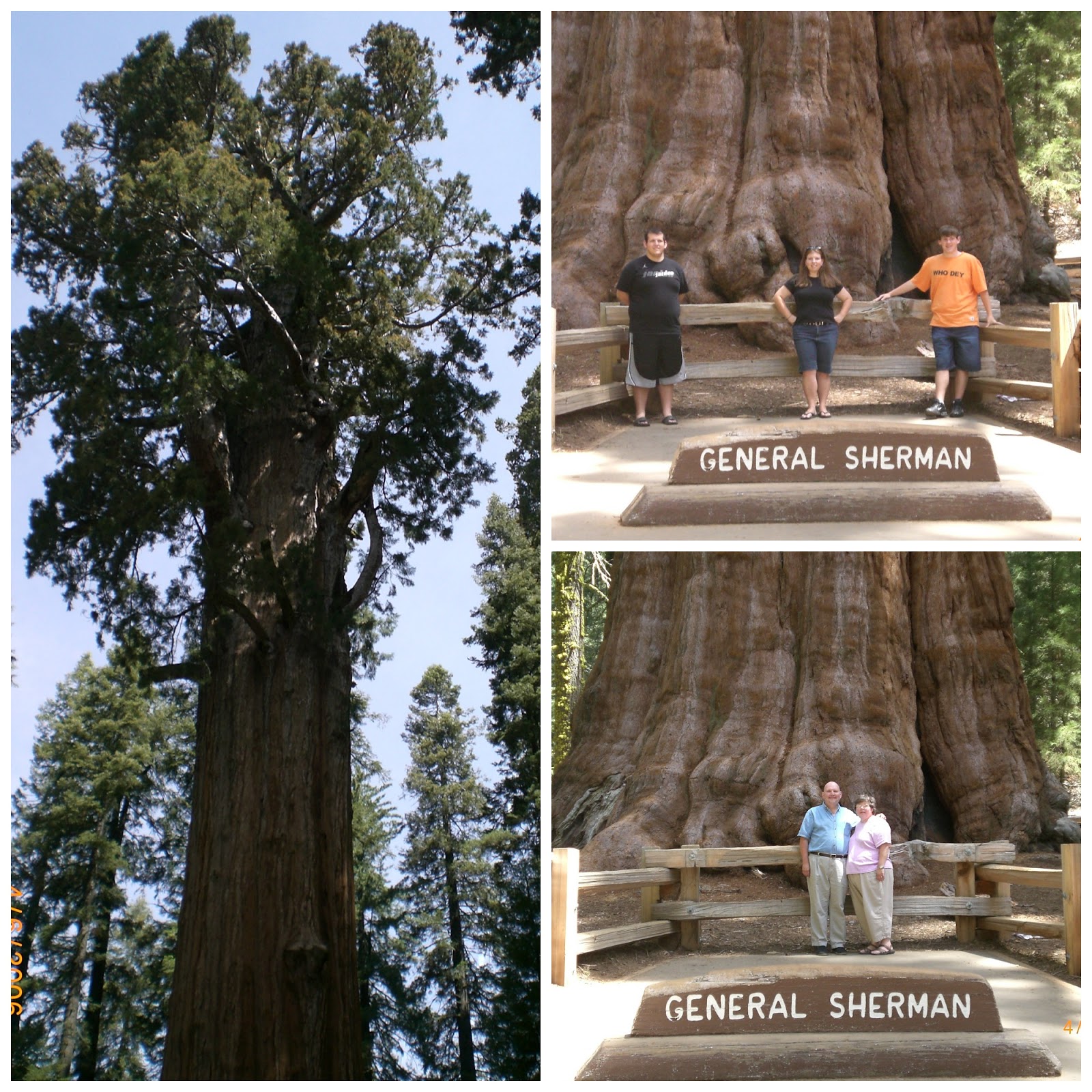 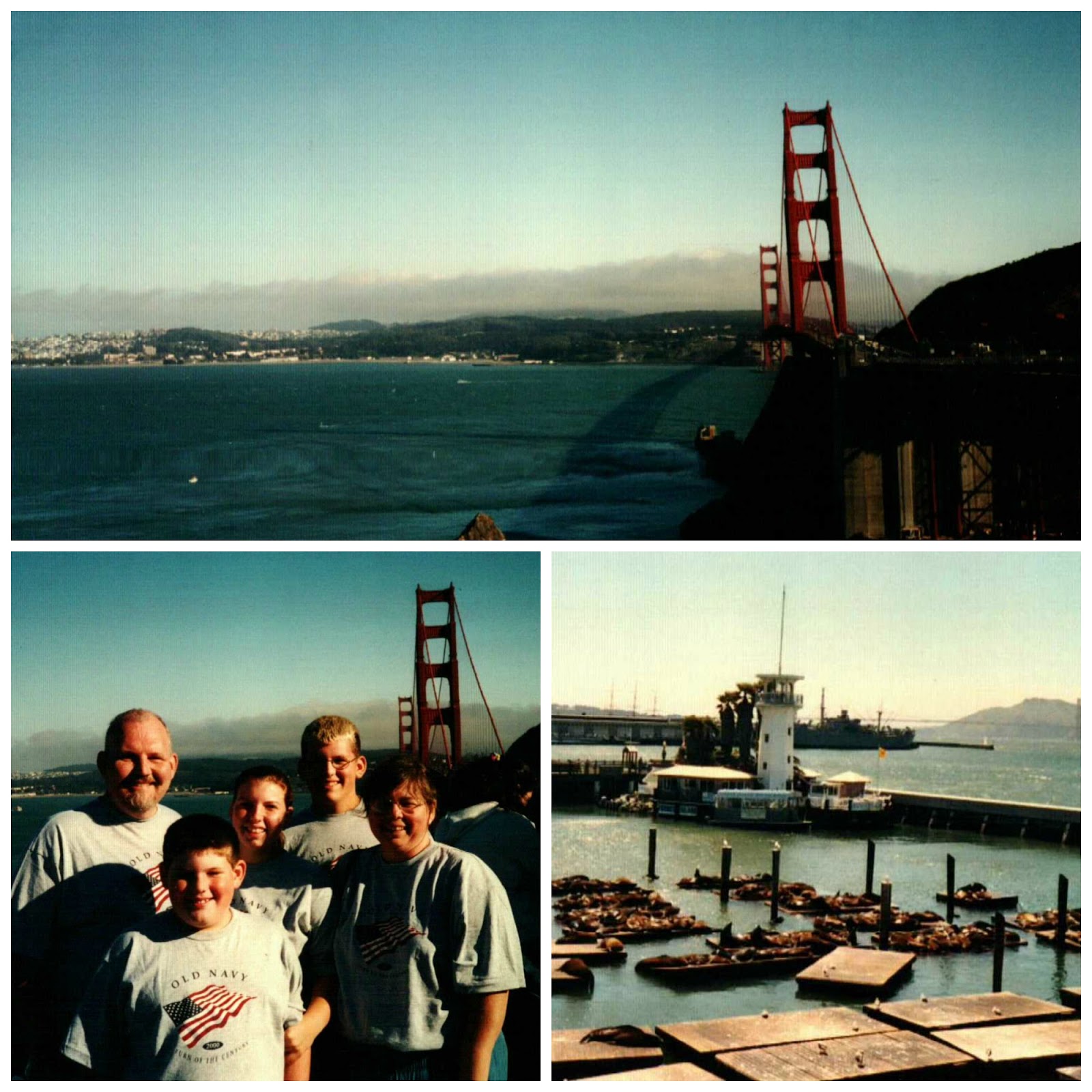 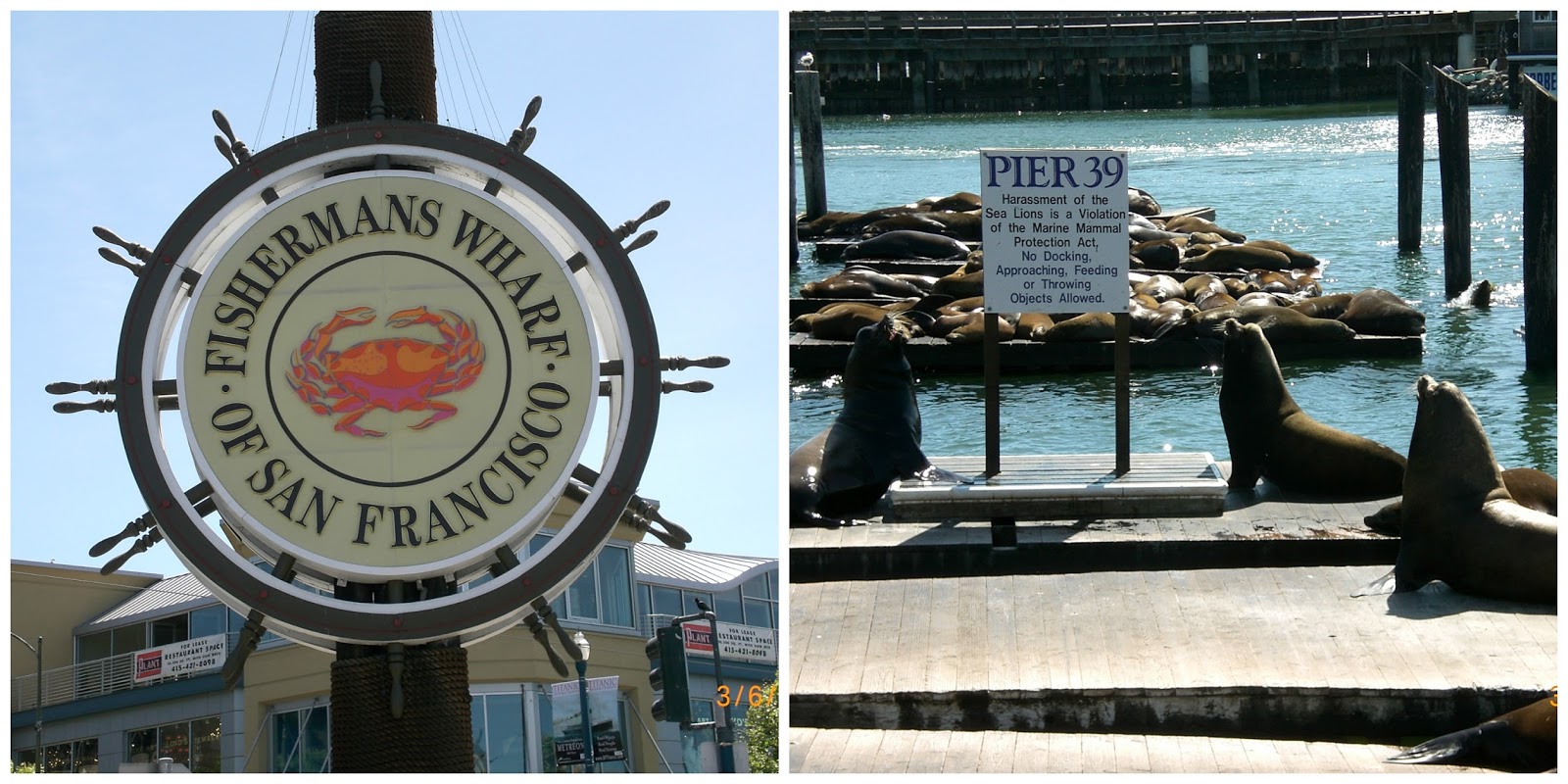 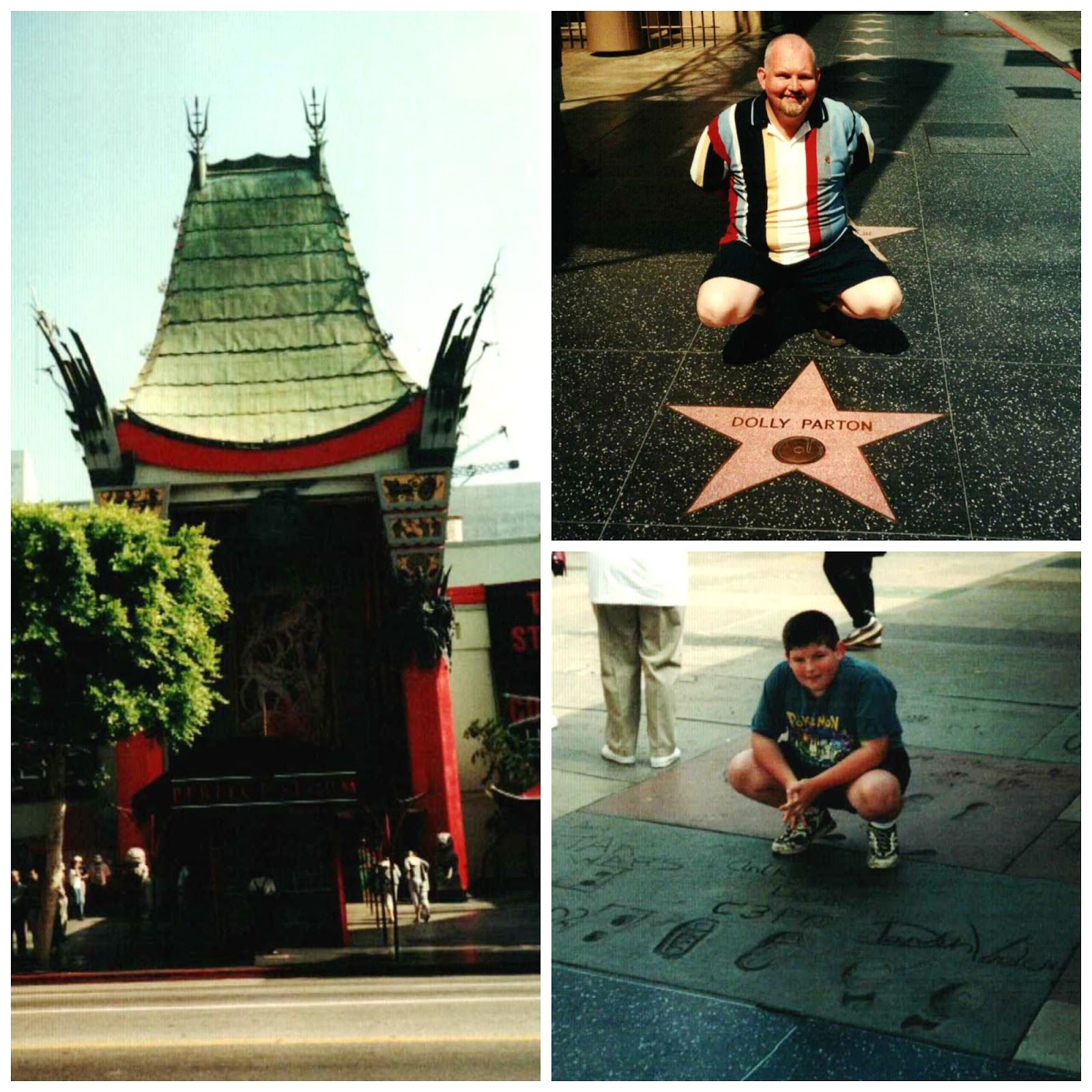 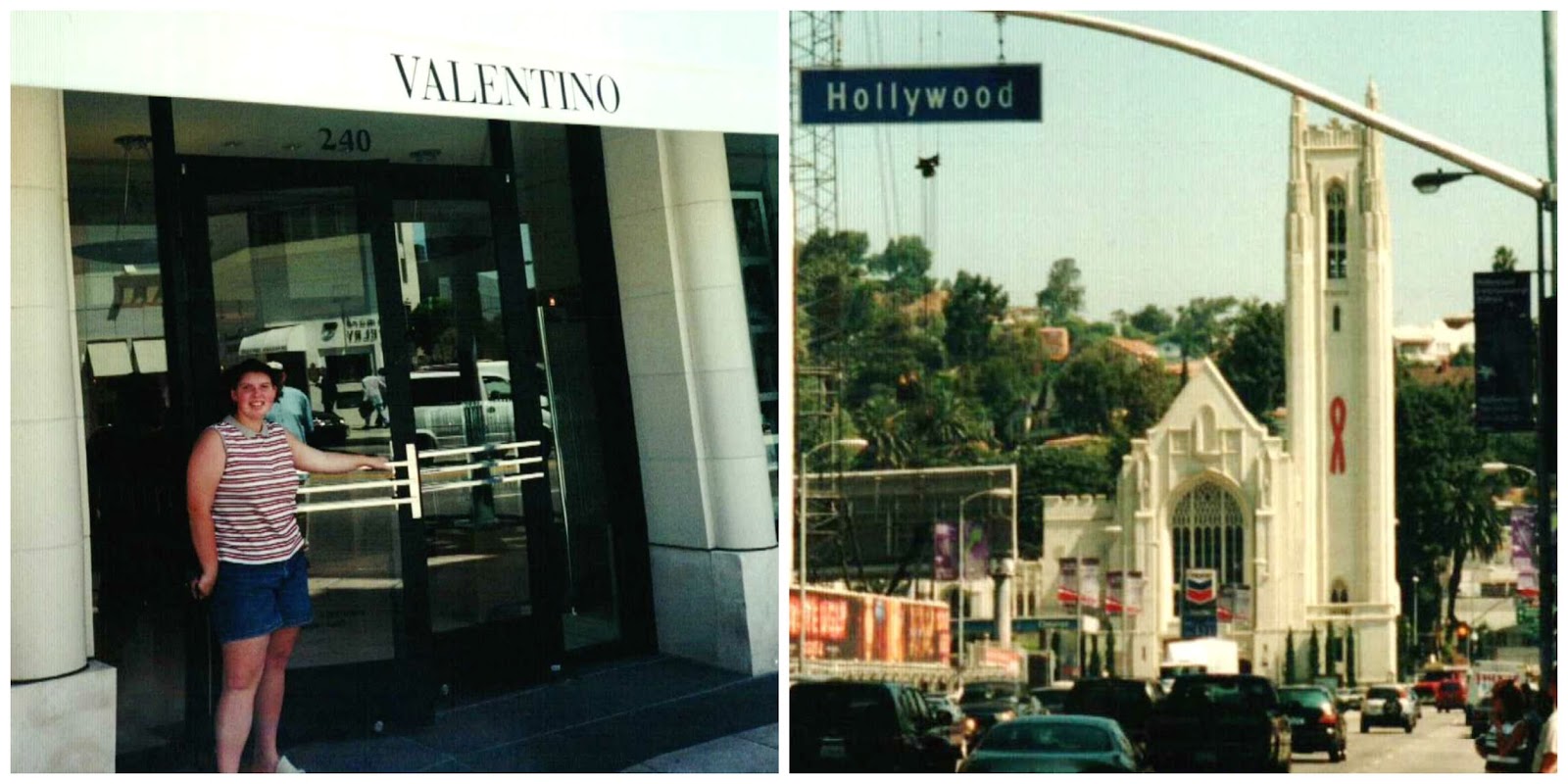 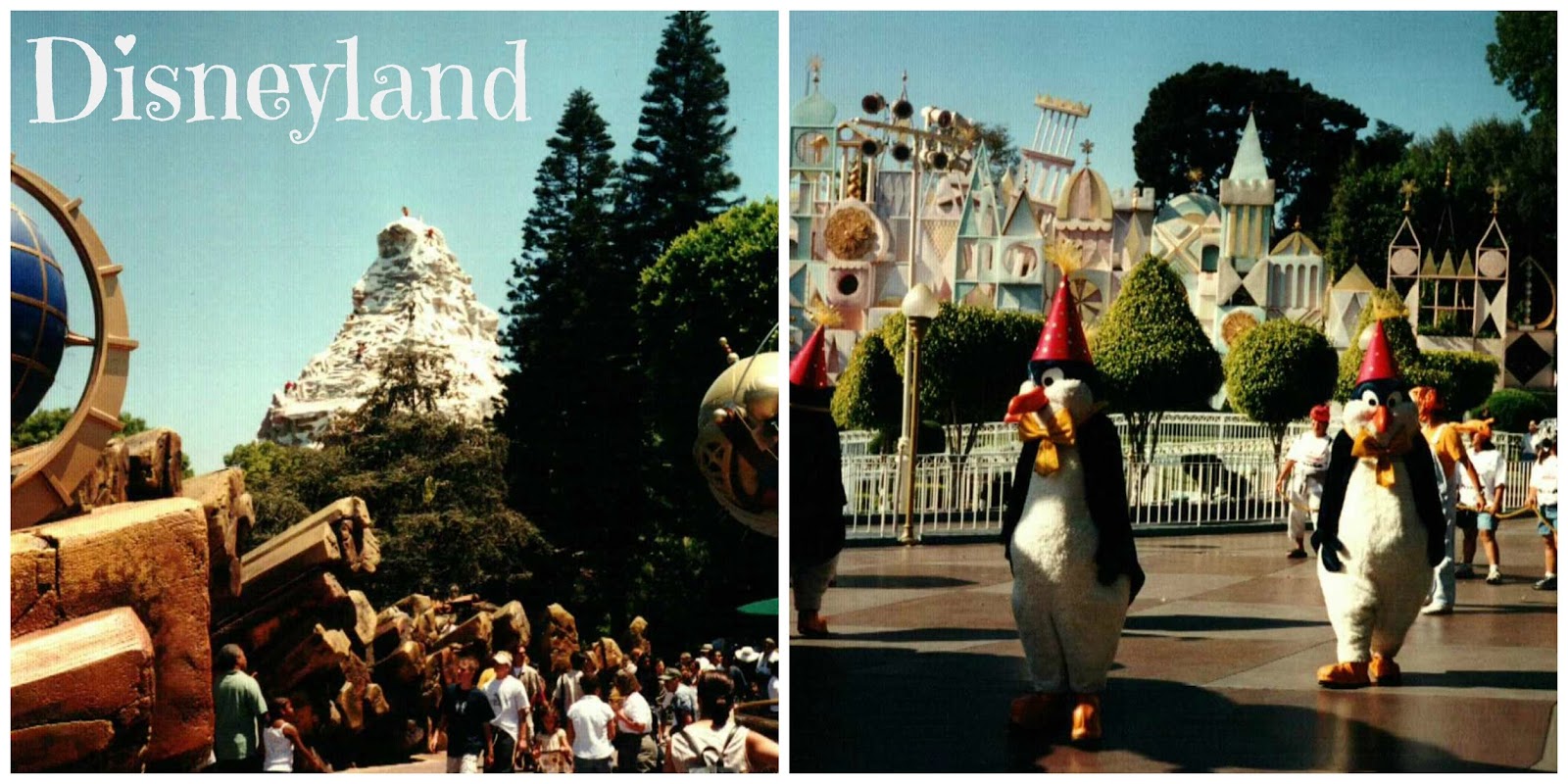 Needless to say, there is no end to the number of sites you can visit or fun you can have in the great state of California!  We sure made the most of it on our trips there!  We spent the most time there on our 2000 trip, but in 2006 we managed to check out the Redwoods and see a bit more of the Northern CA sites! 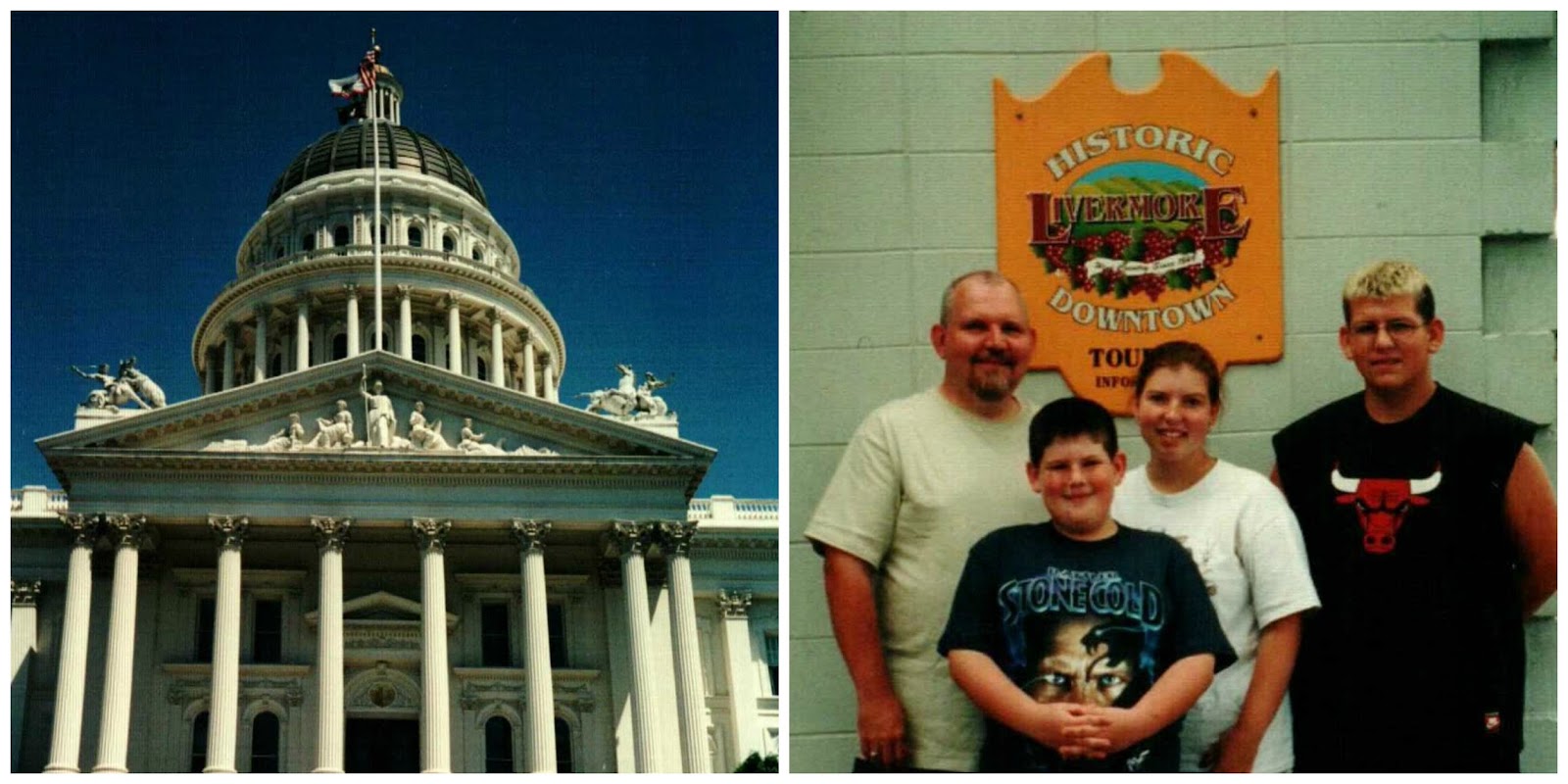 On our 2000 trip, we timed it so that we would arrive in Livermore, California, on July 4th.  That may not seem significant to most, but we are from Livermore, Kentucky, so we were all excited to celebrate our nation's birthday in another Livermore.  As it turns out, there wasn't too much going on in this Livermore either.  We watched the fireworks from our van since it was so chilly outside by the time it got dark enough for them.  We also managed to hit the state capital in Sacramento...ironically, the name of another city in our small KY county. 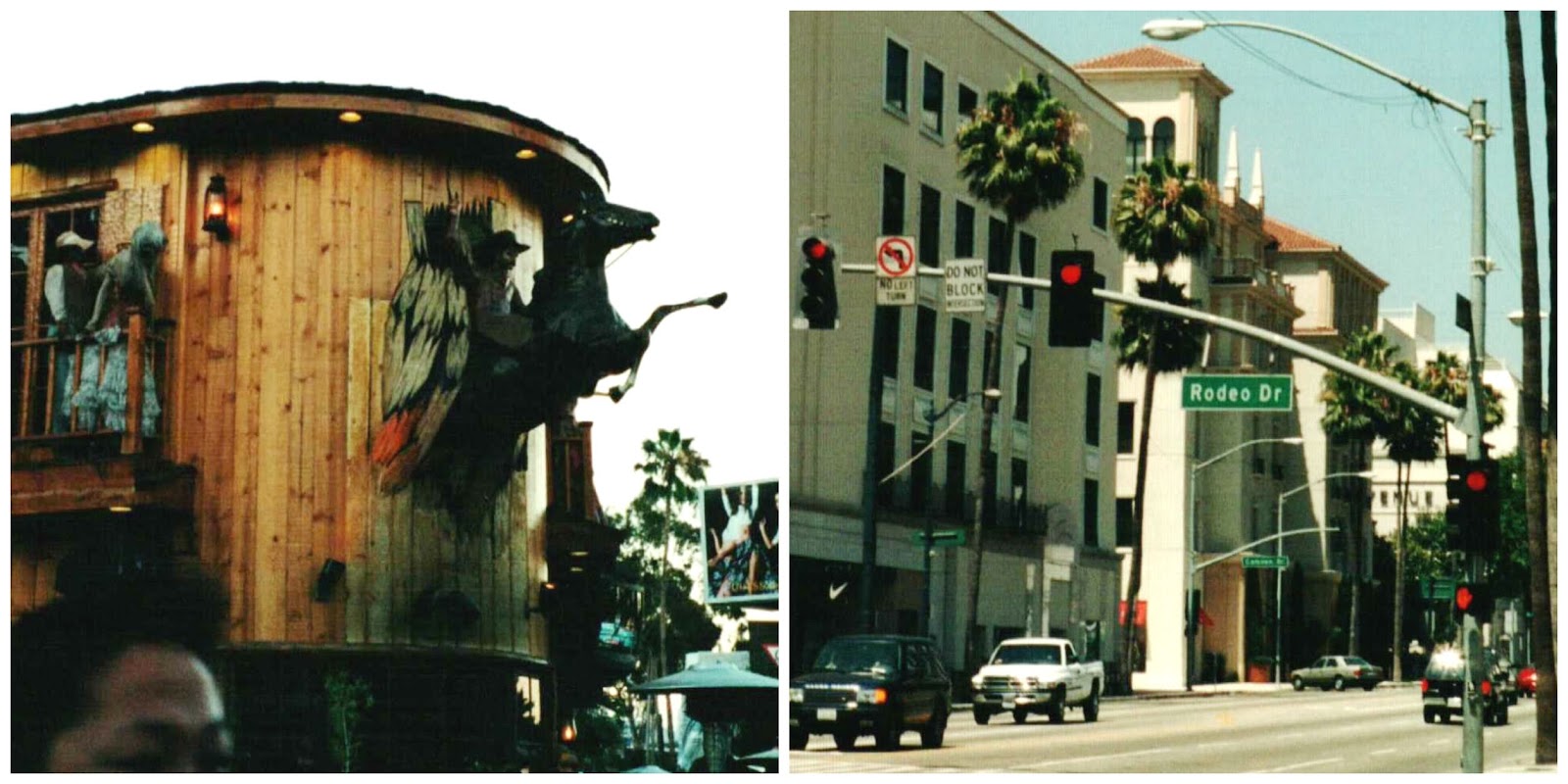 Our most memorable travel experience in all 50 states happened right after we ate in the fancy steakhouse pictured above on the left.  The steakhouse was an experience in itself complete with a mechanical bull and crazy tight valet parking spots.  Truly an impressive place in the general vicinity of Rodeo Drive.  Soon after pulling away from the restaurant, the attack occurred.  An attack of the IBS variety.  I'll leave the family member nameless here, but let's just say it was something our whole gang will never forget!  We have laughed about it for years!! 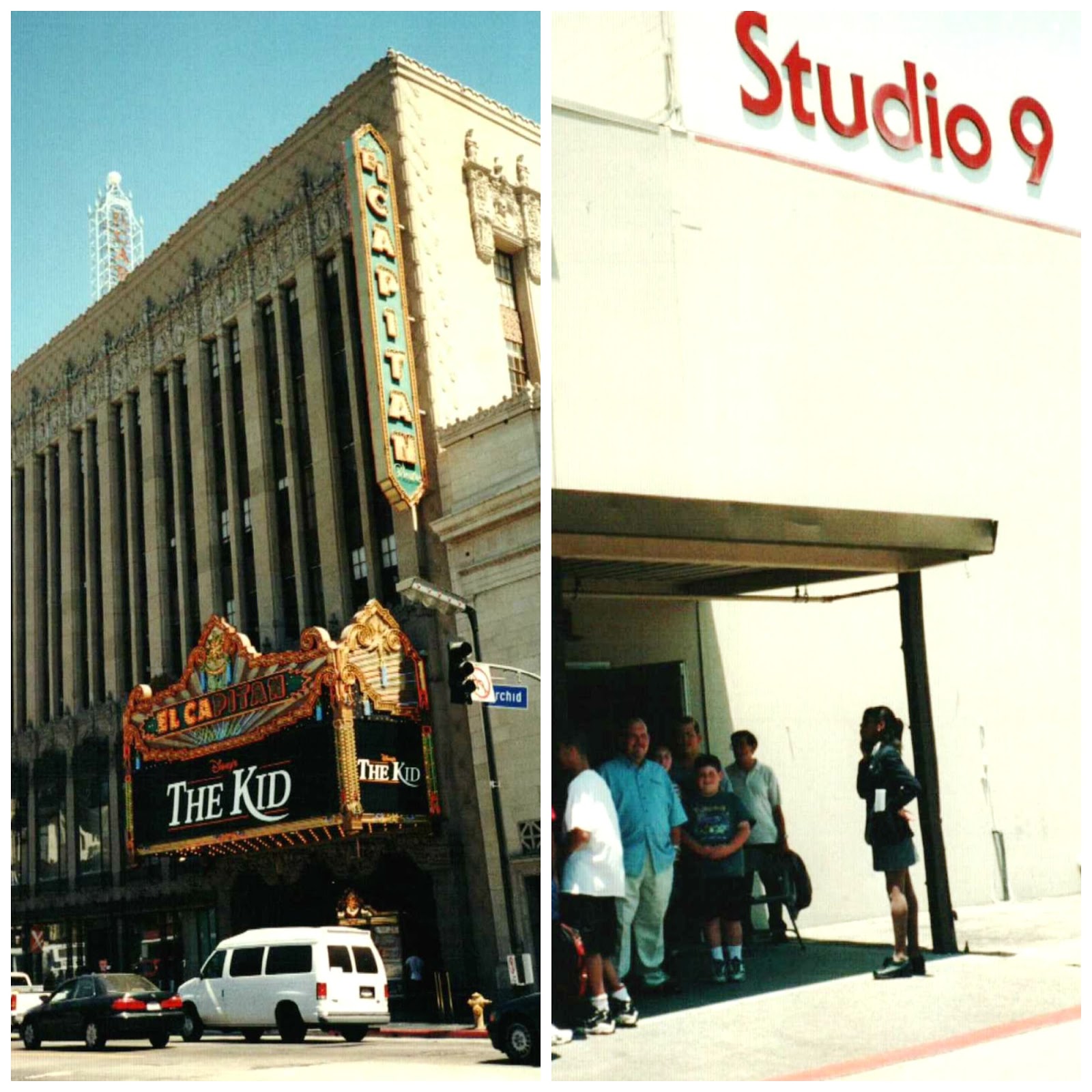 Our 15 Seconds of Fame

We managed to experience both a movie premiere and a taping of Family Feud during our 2000 California adventure.  We went to see The Kid starring Bruce Willis at El Capitan theater just across from the Grauman's Chinese Theater area.  I was so excited about the possibility of meeting a movie star at this premiere.  I was on the edge of my seat thinking that any minute someone would walk in that I recognized.  What I should have done was take a walk downstairs to the restrooms with my parents...because they met the director of the film (Jon Turteltaub) when they ventured there.  I was beyond distraught that I hadn't been with them.  Our taping at Studio 9 was a blast!  We were in the audience through two tapings of Family Feud that aired later that summer.  When we watched it on TV, you could actually see the back of our heads as the camera panned to the host, Louie Anderson! 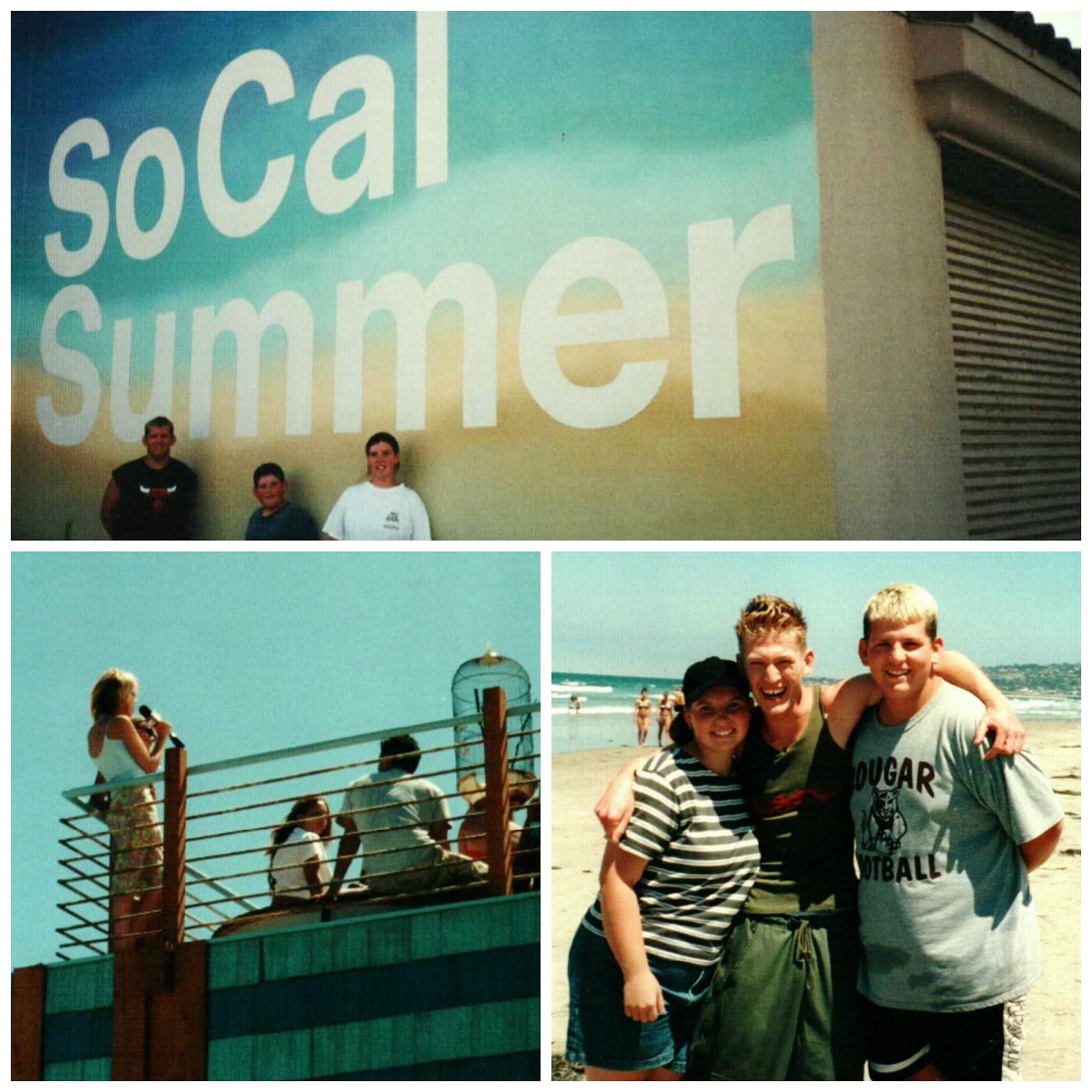 Our biggest regret in all our travels was not going to the San Diego Zoo.  When we started planning the California trip in 2000, I was SO excited to learn that we would be able to check out the MTV SoCal Summer beach house when we arrived in San Diego.  I just knew that I'd be able to meet Carson Daly...be still my heart!!  As it turns out, we spent two full days at the beach and all I ever saw was the backside of Mandy Moore.  Jordan and I did manage to meet VJ Raymond Munns.  A far cry from Carson Daly, but better than nothing.  Lesson learned...next time, we'll go to the zoo!


Which is your favorite California city?
Any suggestions on fun things to do there?